Three months after the war began, Rabbi Moshe Moscowitz drove fifteen hours back to his Kharkiv community and synagogue 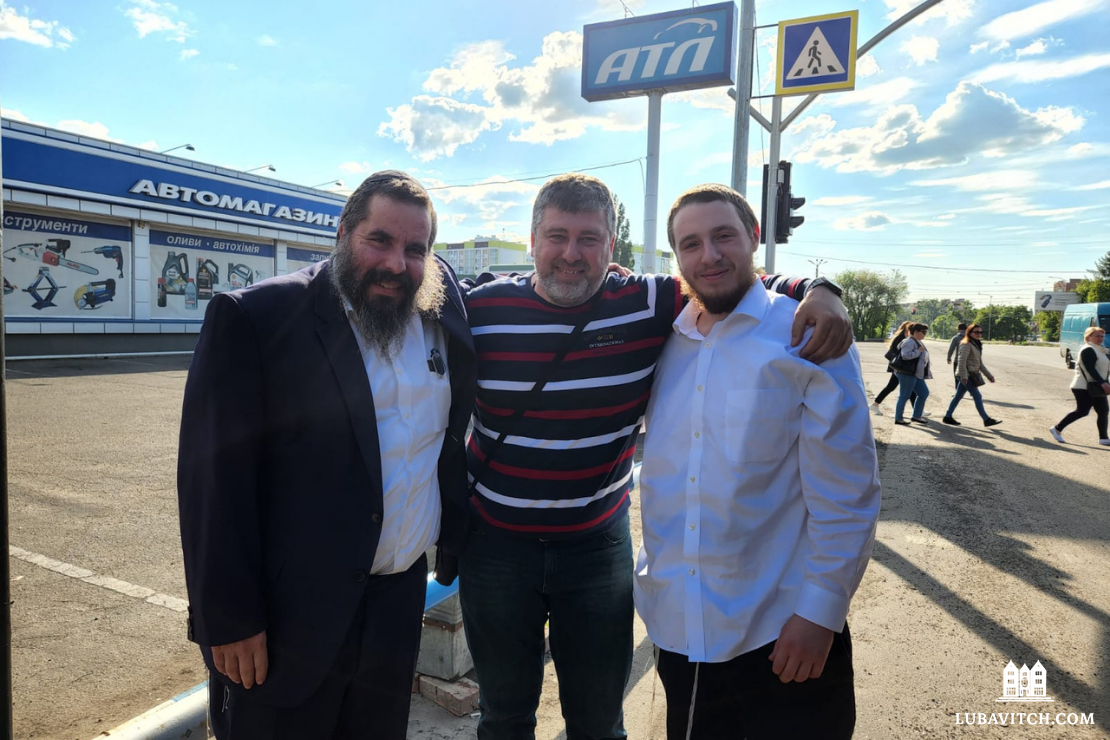 At 6 a.m., a week after the war came to Kharkiv, Ukraine’s second-largest city, Rabbi Moshe Moscowitz kissed the curtain covering his synagogue’s Aron Kodesh goodbye. With his family sheltering in the basement, Rabbi Moscowitz and ten other local Chabad emissaries had spent the past week and a half running a massive humanitarian effort. “The more the bombs fell, the more people streamed to the synagogue in need of shelter, food, and medicine,” he said. They had organized buses to take the vulnerable to safety, but when a missile turned the kindergarten next door into smoldering rubble, the Moscowitzes knew it was time to leave.

Their children and grandchildren piled into the van with just a few suitcases between them. Explosions and air raid sirens stopped them in their tracks multiple times. Finally leaving the city, they emotionally recited the Traveler’s Prayer together, adding “v’sachzireinu l’shalom,” “and please return us in peace.”

For the following months, the Moscowitz family made sure the aid infrastructure they built in Kharkiv kept running, continuing to provide hot meals for the elderly at home and medication for those who depend on them. Their synagogue continued as a safe house and a place to find a warm meal.

Last week, Kharkiv was quiet for the first time. The subway began running again, and people came out of the bomb shelters. Fifteen hours away in Moldova, Rabbi Moskowitz got in his van and drove past burnt-out buildings and roadblocks, making his way back to Kharkiv. He stopped to hug a community member at Poltava, and as the news spread of his return, his phone rang non-stop.

On May 24, exactly three months after the war began, Rabbi Moscowitz walked back into The Kharkiv Synagogue. “I’m grateful I can finally thank the cooks who have been sleeping in the synagogue and the drivers who risk their lives to deliver food every day,” Rabbi Moscowitz said. “I’m overjoyed to be back with my friends.” He said goodbye to a busload of people headed to Israel by way of Moldova, embraced the community members who came to greet him, and finally walked over to the Aron Kodesh and gave the curtain a kiss. “We are back,” he said.

Related Articles
View All
Ukraine
A Rabbi, a State Senator, and Seven Hundred Winter Coats for Ukrainian Orphans
Rabbi JJ Hecht and Senator Ray Lesniak gifted toys and designer winter coats to over seven hundred orphaned Ukrainian children, and got a glimpse of…
Ukraine
Against All Odds, Kharkiv Jewish Community Welcomes a New Member
The war-weary city fell silent for a moment as the Jewish community gathered to welcome their newest member.
Ukraine
Rabbi Yehuda Krinsky Visits Ukrainian Orphans
Secured by Chabad Headquarters, a generous grant allows the weary Zhytomyr community to begin rebuilding their lives
Ukraine
Lamplighters 1 Year Anniversary: Our Favorite Stories
The 23rd episode in its series about the personal struggles and achievements of Chabad representatives
Get Inspiration to your inbox!
Newsletter
Join our weekly newsletter for inspiration and updates
Donate
Find Your Local Chabad Center
Subscribe
|
Log In
Chabad
About Chabad-Lubavitch
About Chabad Lubavitch
The Rebbe
Headquarters
Magazine
Magazine
News
News & Updates
In The Media
Impact
Social and Humanitarian
Social and Humanitarian
Education
Education
Community
Community