Of Love and More on 3 Tammuz 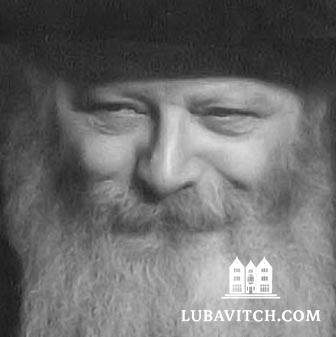 So much has been written, and more said, about the Lubavitcher Rebbe whose 14th yahrzeit is marked on the third of Tammuz, this year July 6.

In word count alone, the output on the Rebbe is voluminous. The essays, the countless accounts of personal encounters and meetings with the Rebbe are generally insightful and inspiring. The variety of perspectives on his leadership, both general and particular are of themselves testament to an individual whose larger-than-life being has fired the passion and the imagination of a breathtakingly diverse range of individuals.

Invariably, however, most of us who have attempted to describe the Rebbe to a secular readership have done so through the appeal of the Rebbe’s universal messages. Predictably perhaps, the theme of his love—love for his fellow Jews, love for his fellow human beings—recur in just about every essay written about this great leader.

There is, of course, nothing wrong with that. Most who had encounters with the Rebbe, whether at “Sunday dollars” or through correspondence with him about personal matters, were struck by the Rebbe’s unconditional embrace of his fellow human beings. Most who have followed the growth of Chabad-Lubavitch in its outreach have seen how the lofty ideas of love have been translated into acts of tangible, meaningful impact.

But those of us who’ve been privileged to experience the Rebbe from the “inside” know that compelling as the Rebbe’s love was in explaining why Chabad-Lubavitch could do the impossible when it came to finding and helping a Jew in need, it may yet be the easiest angle to take on the Rebbe.

In 2005, NYU’s Skirball Department of Judaic Studies sponsored a conference on the Lubavitcher Rebbe, with some 25 presenters exploring different themes in the Rebbe’s scholarship. At the end of it all, most confessed that the two day conference had barely touched upon the surface of their subject.

To quote one professor who compared the Rebbe to a 13th century Kabbalist, “In the image of the Rebbe we have the same dissonance between the outer and inner. There were two sides to him that fertilized each other and were nourished by one another. What makes the figure a genius is the inner tension, the dialectical factor in his personality.”

Fourteen years after the Rebbe's passing and we have not begun to scratch the surface. But the endeavor is inspiring. As we mark 3 Tammuz, we recognize, at the very least, that the Rebbe has given us a lifetime to contemplate, a lifetime to be inspired.

Related Articles
View All
Editorial
Do We Need Anti-Semitism To Keep Us Jewish?
Swados asked the Rebbe whether it was his opinion, then, “that the tragedy was not a unique visitation upon the Jewish people, and that it…
Editorial
Soul Lights
Sitting with the Rebbe’s shluchim at the closing session of the Annual International Conference of Chabad Lubavitch Emissaries near the end of November, I felt…
Editorial
Taking Stock Before the New Year
We are in the final month of the Jewish calendar year—traditionally a time dedicated to taking spiritual stock of the year past. Examining our successes…
Editorial
Remembering Summer 1956
Sixty one years ago this summer, Friday morning, July 13,1956, concluding the two weeks in Europe, we flew from Rome to the Holy Land.
Get Inspiration to your inbox!
Newsletter
Join our weekly newsletter for inspiration and updates
Donate
Find Your Local Chabad Center
Chabad
About Chabad-Lubavitch
About Chabad Lubavitch
The Rebbe
Headquarters
Magazine
Magazine
News
News & Updates
In The Media
Impact
Social and Humanitarian
Social and Humanitarian
Education
Education
Community
Community