No More Apologies: My Thoughts on Vayikrah 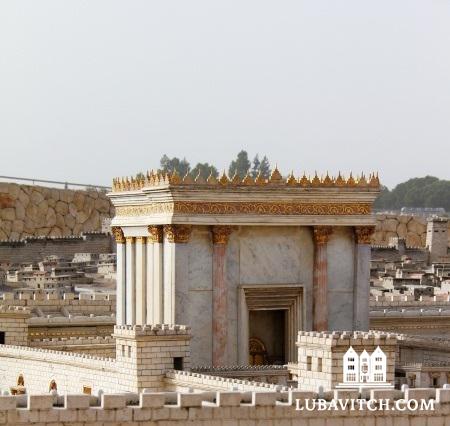 I decided a long time ago that my job can be stressful enough as is and that if G-d wanted me as his personal publicist he would need to ask me Himself. Until that happens I don’t feel the need to apologize for him anymore.

“We don’t offer animal sacrifices anymore because the temple was destroyed” – that’s the answer we’ve always been given.

I’ve always accepted this answer but never fully understood it until now.

Spiritual leaders often make the mistake of taking personal responsibility for G-d’s image. I decided a long time ago that my job can be stressful enough as is and that if G-d wanted me as His personal publicist he would need to ask me Himself. Until that happens I don’t feel the need to apologize for Him anymore. No more “ahhhh they could stone people, but did they ever actually do it?” Or “yes G-d killed all those people but you can’t compare our culture to ancient times, He would never do that in today’s day and age!”

The one that I’m most relieved not to have to apologize for is for the sacrifices. No more “well He allowed them to offer animal sacrifices because that was the culture they were familiar with, but today we’ve evolved and the way we commune with G-d has evolved as well etc., so no need for the barbaric savagery of animal sacrifices.”

The reason I’m thrilled at my decision not to offer that particular spin job is because I simply don’t buy it. It makes absolutely no sense to me on a number of levels.

Let’s take a look at what the animal sacrifices actually looked like. The ritualized spiritual aspect of the korbanot, began with a family’s pilgrimage with their livestock to the holy temple in Jerusalem. Before going into The Holy Temple one would be required to immerse in a mikvah ritual pool. Following that, the families would approach the Kohen and offer the animal on the altar, accompanied by prayer and meditation. Those present who witnessed the death of the animal were reminded of the precarious nature of life and filled with a renewed sense of gratitude for the gift of their human life. Then, most of the time they would partake of that same meat together with the priests by eating a celebratory feast in the Temple courtyard.

This was the barbaric ritual that we are so embarrassed of?!

Most of the korbanot were actually eaten, so it was killing for food! Something wrong with that? There was no possibility for mistreating the animals because the slaughtering took place right in front of the animal owner’s eyes!

The results of this visceral experience inspired all those present to appreciate the gifts of life with more mindfulness.

In trying to tie a ribbon around G-d and make him look prettier to the world and make ourselves feel more progressive, we’ve lost sight of His most relevant message yet.

The taking of the animal life (humanely) was a reminder of our obligation to preserve, exalt, protect and cherish human life at all cost.

The destruction of the Temple was nothing less than an assault on this value. By destroying the Temple and ending the ritual slaughter of animals, society was now free to commence the slaughter of people. This might explain why even after the Temple was destroyed we Jews are still targeted.

We will always be the priests of the Temple. We will always bear the message of the sanctity of human life. A message that makes it uncomfortable and inconvenient to murder.

This explains the most illogical and puzzling mystery of all.

The nation of Israel is surrounded by nations that till today are guilty of mass murder, genocide, rape, executions, oppression of minorities, police brutality, slavery, killing of journalists, torture of innocents, etc. Yet, the world points its finger at the Jews! Why? Simple: we make them uncomfortable with murder. We stand for the preciousness and sanctity of life.

The modern assault on Israel has never been anything less than a continuation of the destruction of the Temple and its key message of celebrating and cherishing human existence.

They thought that by destroying the temple and ending animal sacrifice they would be able to kill with impunity. Once the Jews stopped the sacrifices in the Temple we sadly became the world’s sacrifice. Butchered, tortured, and sacrificed over and over again.

In Spain we were burned so that the world could keep killing.

In Poland we were butchered so that the world could keep killing.

In Germany we were tortured so that the world could keep killing.

A “civilized world” where people spend millions on saving the whales but ignore the starving children of Africa, could use the reminder of the animal sacrifices.

A “civilized world” where people care more about endangered species then endangered people, could use the reminder of the animal sacrifices

A “civilized world” where the mercenaries of PETA, who moonlight as “Israel Apartheid” protesters in slow season, petition against the slaughtering of chickens but ignore the slaughter of hundreds of thousands in Darfur, could use the message of the animal sacrifices.

Is it no wonder that aside from the priority of demonizing Israel in the UN and the world, the top priority for European lawmakers is now to ban Jews from performing the one remaining practice leftover from the times of the Temple: Shechita – kosher slaughtering?!

So why don’t we have animal sacrifices?

Because a world where animal life is more sacred than human life is not ready for a Beis Hamikdosh – a Holy Temple. It’s also a world that needs the light of a Beis Hamikdosh now more than ever before.

From this perspective Vayikrah is not the least relevant book of the Torah – it’s the most relevant.

Rabbi Yossi Lipsker is Director of Chabad of The North Shore, Boston.

Related Articles
View All
Editorial
It’s Never Too Late
Across every segment of Jewish life, in America and elsewhere, we are seeing a demand for genuine, substantive, Torah study opportunities
Editorial
Sons And Daughters At The Seder Table
It was unseasonably cold on the first night of Passover back in 1979. Snow had fallen the day before and melted into slush puddles that…
Editorial
Better Than Birthday Cake
Chabad communities around the world are launching a truly ambitious 1,210 new institutions.
Editorial
In Pursuit of Practicable Freedom
Parents, however, who choose to educate their children in private schools are taxed all the same, while additionally having to pay full tuition for their…
Get Inspiration to your inbox!
Newsletter
Join our weekly newsletter for inspiration and updates
Donate
Find Your Local Chabad Center
Subscribe
|
Log In
Chabad
About Chabad-Lubavitch
About Chabad Lubavitch
The Rebbe
Headquarters
Magazine
Magazine
News
News & Updates
In The Media
Impact
Social and Humanitarian
Social and Humanitarian
Education
Education
Community
Community