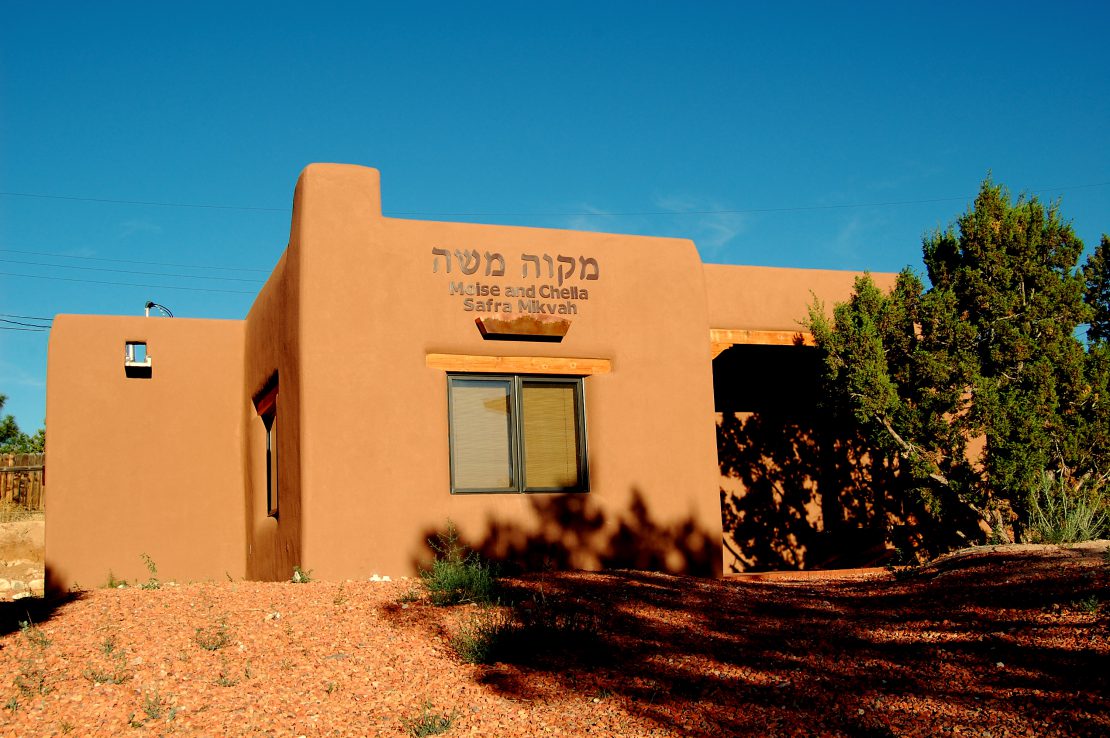 Once each month, under cover of darkness, Edana Desatnick, a leadership consultant and executive coach, immerses in a ritual pool.

Mikveh is a central part of Desatnick’s life. But before a trip to Israel five years ago, she had never even heard of the concept, let alone dipped into its spiritually restoring waters. A visit to one of Jerusalem’s ancient mikvehs left her feeling “an incredible pull,” and she felt it might be an interesting mitzvah to try.

“We weren’t ready to kosher our home. We don’t live in a religious community. But my husband and I thought we could try mikveh without having to involve too many other people.”

The Torah commands married women to immerse in the mikveh, a pool of living waters, after the conclusion of their menses. During her period, a woman abstains from physical intimacy with her husband. Immersion in the mikveh represents a rebirth of sorts, a segue to the renewal of the physical bond between man and woman.

Since time immemorial, Jewish women have been steadfast in their observance of mikveh. Mikveh pools on Masada, built some 2,000 years ago, testify to its central place in Jewish life; even under duress, Jewish women refused to abandon the mitzvah. Concealed mikvehs under floorboards and in wells throughout Eastern Europe give evidence of Jewish women’s fierce commitment to the practice, defying frigid temperatures and forbidding laws that made mikveh observance an enormous challenge. There were mikvehs in America as well, used by religious women but abandoned by immigrants once they crossed the Atlantic Ocean. Their ambivalence led subsequent generations of women like Desatnick, to know nothing of this most ancient of rites.

“It was a confluence of factors,” explains Rivka Slonim, editor of Total Immersion: A Mikvah Anthology. “People were infatuated with the modernity of the New Country. They couldn’t imagine that traditional observance and American life went together. They thought that if they fully embraced modernity, they would be saving their children the angst of anti-Semitism.”

In the shtetl, where people weren’t particularly well-educated, they performed the commandments by rote rather than real understanding. Many believed that the mitzvah of mikveh was related to hygiene: with infrequent bathing the norm, it made sense for a woman to have a thorough bath following menses. From a practical standpoint, many Jewish bathhouses in Europe also housed the local mikveh, further confusing matters. When women came to these shores they no longer needed to go to a public venue for bathing, and with the few local mikveh options in New York City “in a state most kindly described as disrepair,” the rite became irrelevant to them.

“They didn’t understand that it was an immersion of the soul, not the body,” Slonim states.

The Lubavitcher Rebbe, she believes, was the catalyst for the reemergence of mikveh. “The Rebbe initiated a campaign promoting mikveh use. He took it out of the shadows, not to be whispered about any more. He insisted on consistent and enhanced education, and the construction of beautiful, welcoming mikvehs.”

In Livingston, New Jersey, Desatnick visits Mikvah Chana regularly and has brought friends, and even her two teenage daughters, to see it. When it opened its doors in 2006, thirty women immersed in its first month of operation; this past month, 92 women used the mikveh. When Desatnick travels, which she does often, she has had to use many unique mikvehs, some of them not man-made. 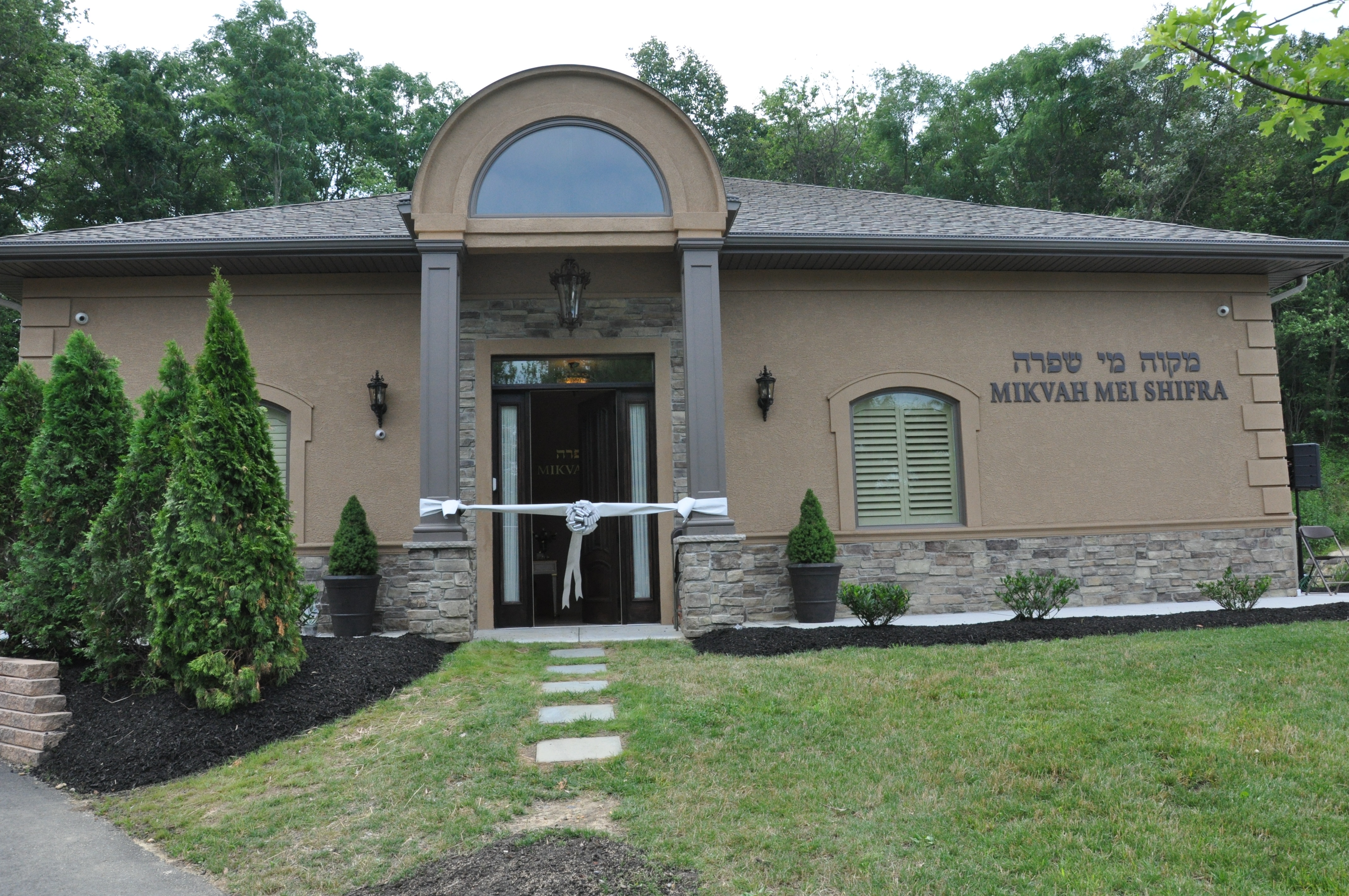 “I was in Puerto Rico for business when it was time for me to go to the mikveh,” recalls Desatnick. “I called Chabad and spoke to the rabbi’s wife. She promised me the ‘mikveh experience,’ though I didn’t know what I was in for.” Together, the nine-months pregnant rebbetzin and the professional businesswoman marched straight into the Atlantic Ocean. “Here I am a real corporate type, and we are wading in right in front of the Ritz-Carlton. That was quite the mikveh experience.”’

Raizy Mendelsohn has accompanied women into much colder waters for immersion, sometimes after first breaking the ice. Mendelsohn and her husband are Chabad’s representatives to Jackson Hole, Wyoming, with an average winter temperature of 14 degrees. She fields hundreds of calls annually from a “wide gamut of women” looking for a mikveh while on vacation. During the winter, she tries to direct them five hours north to the mikveh in Bozeman, Montana. In the summer months, she takes tourists to dip in local rivers and lakes.

But it’s time, she and her visitors agree, for a proper mikveh to call their own. “When the snow thaws,” she says, “we are ready to break ground.”

Living waters, such as most oceans, rivers, and lakes, are considered natural mikvehs. The challenges in using them, (geography, weather, safety, and privacy), led to intricate Talmudic laws concerning the construction of mikvehs. Looking much like a miniature swimming pool, the mikveh must hold at least 200 gallons of water from a natural source. This accumulated water, usually rain, is then held in one pool. A small opening in the pool allows it to mingle with the waters of a second pool (the one used for immersion). Modern mikvehs are equipped with filtration and purification systems.

There are 1,080 mikvehs in use around the world today. Many are to be found in largely populated Jewish centers, but today, they are also available off the beaten track in unexpected places like Abuja, Auckland, and Asuncion. One hundred and eighteen of them were built in the few years between 2010-2016. According to Jewish law, it is obligatory to build a mikveh before a synagogue (people can pray anywhere, not so with immersion). Jewish law goes so far as to say that it is appropriate to sell a Torah scroll in order to fund the building of a mikveh.

Many women, say mikveh operators and users, choose mikveh as their seminal and sometimes only Jewish practice. Others find that once they have tried this commandment, the waters somehow smooth their way to further observances. 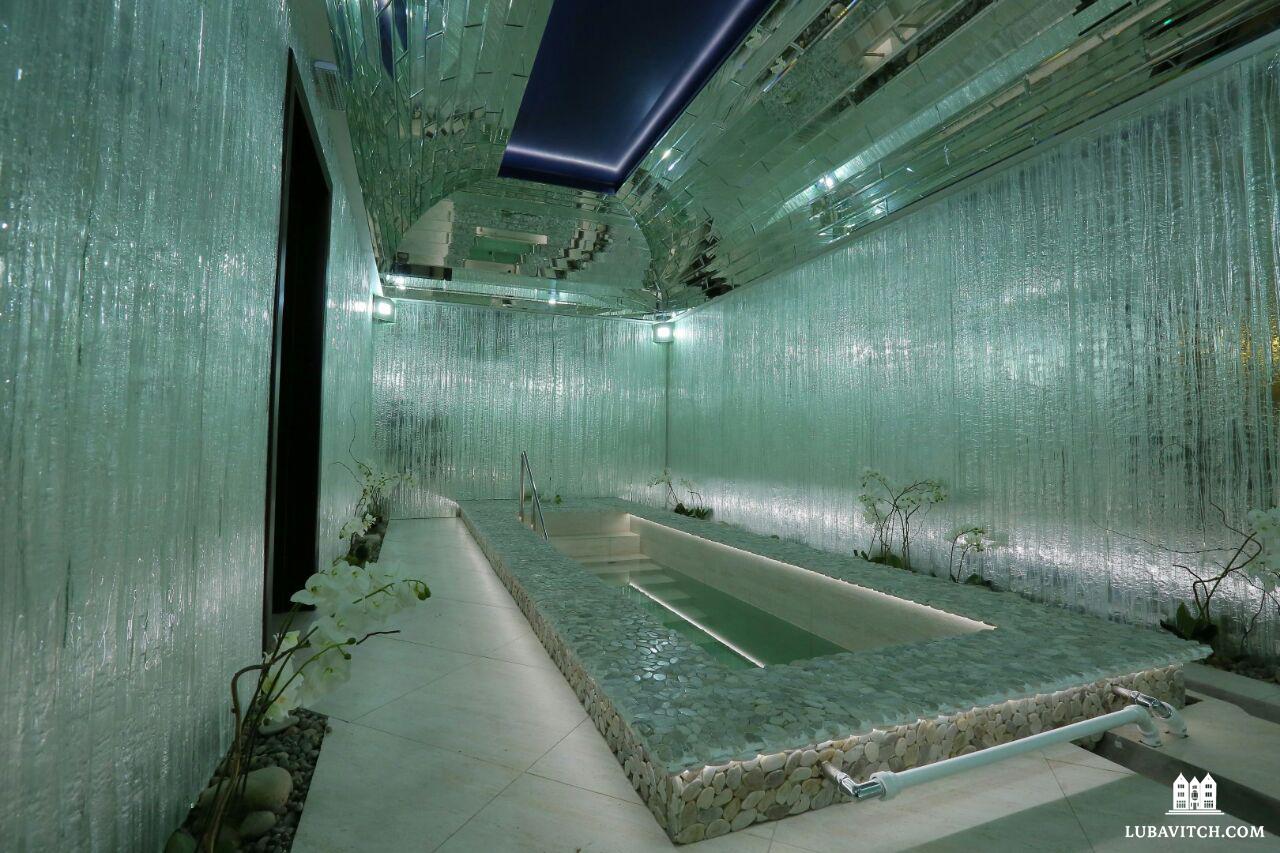 For years, Feige Hazdan dreamed of building a mikveh at the Great Park synagogue in Johannesburg where her husband serves as rabbi. But the idea was met with opposition. The costs were astronomical. “Why do we need a mikveh?” she was asked. “For two or three religious women? Let them make use of other existing mikvehs elsewhere.”

But she and her husband were determined, and with the support of a committed, enthusiastic team, a luxurious mikveh was built on the prestigious shul’s property five years ago.

Today, more than 100 women use the Great Park Mikvah each month. They come from all over the city, representing every religious variant and age range.

Michelle A. recently immersed in this mikveh for the first time. She is trying to conceive after six years of marriage, and felt that this would be propitious. “I was very anti-mikveh before,” she admits. “I had all these preconceptions; you can’t have this, you can’t do that. But it was better than I expected. And I would certainly recommend a friend and go back again. It was a really fulfilling experience.”

The Great Park Mikvah is not only a pool of sanctifying water, it is also a wellspring of education. “Some believe that mikveh is a mitzvah that should be discussed with a woman only after she is already involved in other religious practices. What we have found, however,” says Hazdan’s daughter, Goldie Simpson, who runs educational programs at the mikveh, “is that mikveh can be someone’s entry point to Judaism. Many women come to us knowing little about their heritage, but through the process of learning about mikveh and observing this mitzvah, they begin their spiritual journey towards a life of meaning and purpose.”

Education, Hazdan and Simpson believe, is the key to the understanding and acceptance of this mitzvah. In this vein, the mikveh produces e-newsletters with reflections on various topics relating to women, and hosts spa-days giving women the opportunity to learn about it in context. The mikveh has also published materials which have assisted community leaders worldwide in communicating the practice.

And it doesn’t start when the woman gets the ring around her finger. Simpson takes groups of bat-mitzvah age girls and their mothers on tours of the mikveh. “We talk about the strength of women as leaders and reflect on introspective questions regarding personal growth. And we hope that when they encounter mikveh later in life, they will recall its beauty and value.” Simpson leads tours targeting diverse audiences, including high school and university students and anyone interested in Judaism’s approach to intimacy. 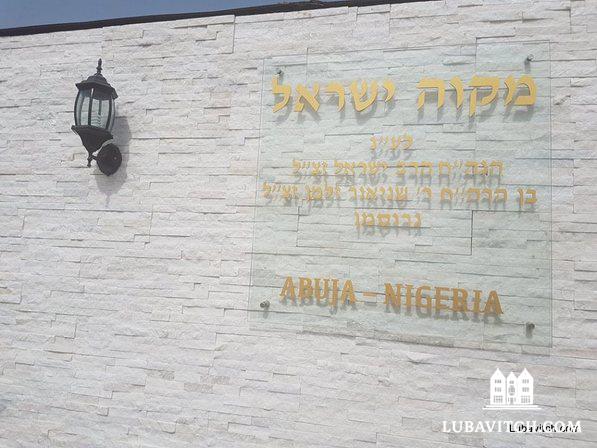 Each year, Slonim hosts a Shabbat exclusively for women at the Rohr Chabad Center for Jewish Student Life at Binghamton University, at which she delivers a presentation on this topic. As the Center’s education director, she also teaches a related course on Jewish marital relations. Her talks with young people, “make them think about marriage and intimacy, about the homes they want to build, about the different laws associated with mikveh usage, at a very critical time in their lives. Some embrace mikveh as the quintessential feminist right: women appreciate being able to control the intimate paradigm of marriage.

With a better understanding and knowledge of this mitzvah, and with the proliferation of beautiful facilities around the world, mikveh is now, says Mrs. Slonim, seeing a renaissance. Once hushed-up as a primitive practice, growing numbers of Jewish women of every demographic are adopting the practice. For a growing number of women in the digital age of 2017, the ancient ritual of mikveh immersion is becoming the spiritual restorative of their choice.

Related Articles
View All
New Mikveh Opens in Abuja, Nigeria
Jewish Women in Nigeria finally have a mikveh of their own. The new addition to Abuja—a clean and modern oasis in the literal and figurative…
Grand Opening of New Chabad Center, Mikveh in Belgrade, Serbia
On his first visit to Belgrade, Rabbi Yehoshua Kaminetsky was stranded. The room he booked was taken, and no area hotel had any availability. With…
Get Inspiration to your inbox!
Newsletter
Join our weekly newsletter for inspiration and updates
Donate
Find Your Local Chabad Center
Subscribe
|
Log In
Chabad
About Chabad-Lubavitch
About Chabad Lubavitch
The Rebbe
Headquarters
Magazine
Magazine
News
News & Updates
In The Media
Impact
Social and Humanitarian
Social and Humanitarian
Education
Education
Community
Community