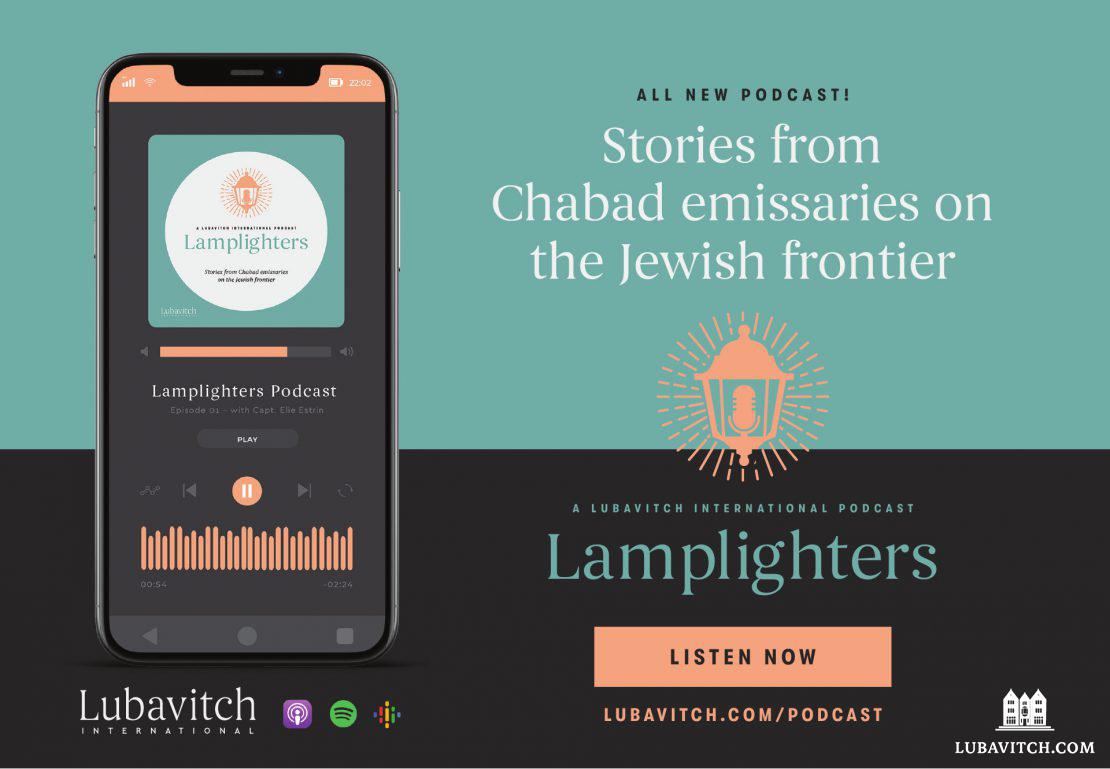 Lamplighters: Stories From Chabad Emissaries On The Jewish Frontier is a bimonthly podcast focusing on Chabad emissaries, or shluchim, their personal struggles and the people they inspire all around the globe.

In Episode 1 of Lamplighters: Stories From Chabad Emissaries On The Jewish Frontier, former NPR producer and RTNDA Murrow Award Recipient Gary Waleik tells the story of former University of Washington emissaries Elie and Chaya Rochel Estrin, who were presented with a series of grim diagnoses while their sixth child was in utero. How they navigated a medical nightmare reveals the strength of character forged through deeply nurtured values, and the extraordinary power of faith.

Subsequent episodes will feature the emissaries to Iceland, who persuaded the government there to officially recognize Judaism, which opened up a new world of possibilities for the Jewish community there, and also the story of the young athlete whose goal is to become the very first pro baseball player to be completely observant of the Jewish Sabbath.

Lamplighters: Stories From Chabad Emissaries On The Jewish Frontier is ready to present a series of moving, beautifully produced, sound-rich and often surprising stories of Chabad emissaries and the people they inspire in every corner of the world.