Stories from Around the World 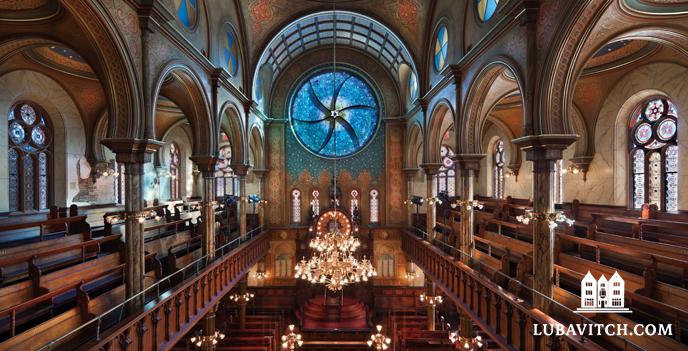 The interior of the Eldridge Street Synagogue
Photo Credit: www.eldridgestreet.org

Several summers past, my wife and I and our 12-year-old daughter spent a few days in New York for her bat mitzvah. We love Jewish history so we visited the historic Eldridge Street Synagogue on Manhattan’s Lower East Side.

As it turns out, we were the only people in the group. The tour guide was Mr. Yood, an older gentleman in his 80s. He was really passionate about the shul and very excited to show it to us. He recognized that with us he had an audience familiar with shuls. At the very outset I suggested he do tefillin with me. He said “I can’t because the shul is a federal landmark, paid for by federal funds, so you aren’t allowed to daven in such a place….”

“I promise you we’re putting on tefillin before this tour is over,” I said.

It was obvious that he really cared about the place. I asked him why, and he said “Rabbi Yudilevitch was the first rabbi of this shul, and he was my grandfather. I’m named after him.”

“What about your religious association?” I asked. He told me that his parents had belonged to a little Conservadox shul in Florida. I had not mentioned that we live in Florida. I don’t know why, but then I asked him if the shul his parents went to was in Coral Springs.

Now, Coral Springs is a tiny place with, at most, a population of 150,000, so the chances of that were slim. I still don’t know why I thought to ask him.

“Wow, yes!” he said. I asked him if it was called Congregation Bnai Israel and he said yes.

I told him that in the early 80s it was a flourishing congregation and I’d go there occasionally. Then, as the shul’s population began to dwindle, we would send people to help them make a minyan. When it finally closed down and the remaining Jews really didn’t want to see all their plaques and other memorabilia get thrown out, we offered to take them and place them in our shul so they wouldn’t end up in the garbage.

“So,” I said to Mr. Yood, whose parents had davened in the shul next door, and whose plaques are hanging in our shul, “are you going to put tefillin on with me now?”