Kindling Faith With The Chanukah Lights 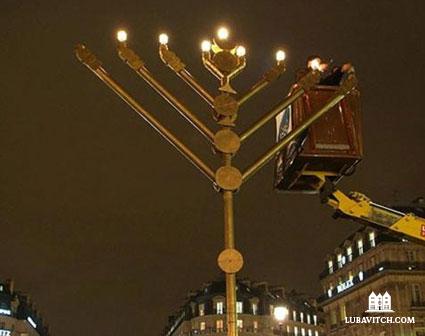 Do miracles get in the way of your faith? Do you find them an obstacle to making a deeper commitment to Judaism? Many people find miracles or the supernatural to be a stumbling block to spiritual growth. Too often I have seen rabbis frustrated in their efforts to teach the Tanach’s wisdom because “donkeys don’t talk,” or “ no one could survive in the belly of a whale for three days and nights.” For those who find such objections to be a reason not to engage with our texts and traditions, Chanukah may offer an eye-opening remedy. That is because the holiday has, at its core, a miracle that cannot be doubted.

Rabbinic tradition identifies as the miracle of Chanukah that a small cruse of pure olive oil, sufficient to burn for one day, lasted instead for eight days, thereby keeping aflame the lights of the menorah in the Holy Temple. To mark that miracle, menorah lights are kindled on each of Chanukah’s eight nights.

Interestingly, there are near contemporaneous accounts of the Chanukah war, and they do not mention the long-lived cruse of oil. But all agree that the Jews prevailed over the Seleucid Greeks, and that well-attested victory is miraculous, considering how overmatched tiny Israel was by the Seleucid Empire. Because the war was fought almost 2,200 years ago and because we know the outcome, we have lost the wonder, the awe, and the humility that the Jewish victory should inspire.

Consider the immense difference in military strength between the Jews and their imperial overlords. The Seleucid Empire was a successor to the empire of Alexander the Great. It was a superpower with an army appropriate to its status. That army included, in the words of Israeli politician and general Chaim Herzog, “heavy and light infantry, heavy and light cavalry, chariots, elephants,” and an ancient form of artillery that fired boulders.

The Seleucid infantry fought in the seemingly unbeatable phalanx formation. The phalanx was made up of lines of spearmen, marching shoulder to shoulder with their shields interlocked and their long spears bristling at the enemy. Until the Chanukah War, no army not using the phalanx had overcome one which did. Three hundred years before the Chanukah war, Herodotus wrote of battles between Persia’s massive armies, so large they “drank rivers dry,” and much smaller Greek forces where the Greek phalanx dominated the battlefield.

Alexander and his successors continued to refine the phalanx, lengthening the spears soldiers carried and reducing their armor, making the phalanx more mobile and deadlier. They also continued to improve the coordination of the various elements of their infantry, cavalry, elephants, and artillery, into one integrated and overwhelming military machine. A version of that machine, commanded by Alexander, rapidly conquered the Persian Empire. A more updated version was dispatched to destroy Judah and his tiny following.

This was the army the Maccabees would defeat.

What about the Jewish army? At the time of the Maccabean revolt, there hadn’t been a Jewish army for over four hundred years, since the Jews had lost their independence to the Babylonians in 586 BCE. When Mattathias started the revolt by striking down a Seleucid officer and a Jewish collaborator, the Jews had no army, no modern weapons, and no familiarity with war. They had only the zeal that comes from fighting to live freely in their land.

Ah, you may say; that explains the war’s shocking outcome: the Jews were fighting for their religious freedom while for the Seleucid soldiers it was just a job. That’s true, and it helped the Jewish cause, but even the difference in morale cannot explain the Maccabees’ victory.  Napoleon Bonaparte, who knew something about war, said morale is to material as three is to one. How then could the Jewish resistance, which a year into the revolt numbered perhaps 250 men, survive—let alone win?

There were no Las Vegas odds makers then or betting websites like Predictit.org offering the smart money’s view of how the war would go. But in 166 BCE there was “smart money,” and despite some striking Maccabean victories, it viewed the Seleucids as certain victors. Thus, when Judah Maccabee led his 6,000 men against a Seleucid army said to be either 20,000 or 47,000, a mass of camp followers and slave traders clung to the Seleucids, eager to pick up the spoils after the Jews had been crushed. One Seleucid commander, Nicanor, was so confident that he “sold forward” Jewish slaves at the rate of ninety per talent before the battle was fought and prisoners taken. But when the armies clashed at the battle of Emmaus, Judah’s forces routed the Seleucids.

So much for the wisdom of crowds and markets.

The Maccabean victory over the Seleucids is believable only in hindsight. From the point of view of those who fought the war, its outcome was miraculous. Why then did the rabbis who shaped Judaism make Chanukah’s focus the long-burning cruse of oil, and not the war? Perhaps they felt that a military triumph, no matter how remarkable, is only as significant as its legacy. The legacy of the Maccabees is mixed. They won independence, but it proved short-lived and was marred by unsavory leaders. Military victory, even if miraculous, is a means to an end, not an end to itself.

The end for which the Maccabees fought, the survival of Judaism, would go on to face far graver threats than that posed by the Seleucids, who dreamt of killing Judaism, not the Jewish people. The glowing Chanukah lights testify to their failure, and to the failure of all their would-be successors. Despite the efforts of seemingly endless enemies, Judaism remains a light unto the nations.

That’s a miracle, too.

Alex Troy worked at two Jewish schools, teaching history at one and serving as head of the other. He has written a novel inspired by his time as an educator, which will be published in 2023. Alex also worked as a lawyer and investor. He and his wife, Dale, have three grown daughters. They live in Florida and Connecticut.

Related Articles
View All
Chanukah
Chanukah Lights Go Up At Sunday Night Football
Millions Exposed to Holiday’s Message via the NFL
Chanukah
Is This Chanukah Story Too Violent For Children?
“Chanah and Her Seven Sons” is a classic Chanukah tale. It is a story of faith, courage, and resilience. But is also a story of…
Chanukah
How To Chanukah
The Menorah On each of the eight nights of Chanukah, this year beginning November 28 through December 6, we light the menorah. Here, in a…
Chanukah
When Kids Are The Lone Menorah
Jewish students at secular primary schools all over the country face daily challenges to their cultural and religious identities.
Get Inspiration to your inbox!
Newsletter
Join our weekly newsletter for inspiration and updates
Donate
Find Your Local Chabad Center
Subscribe
|
Log In
Chabad
About Chabad-Lubavitch
About Chabad Lubavitch
The Rebbe
Headquarters
Magazine
Magazine
News
News & Updates
In The Media
Impact
Social and Humanitarian
Social and Humanitarian
Education
Education
Community
Community