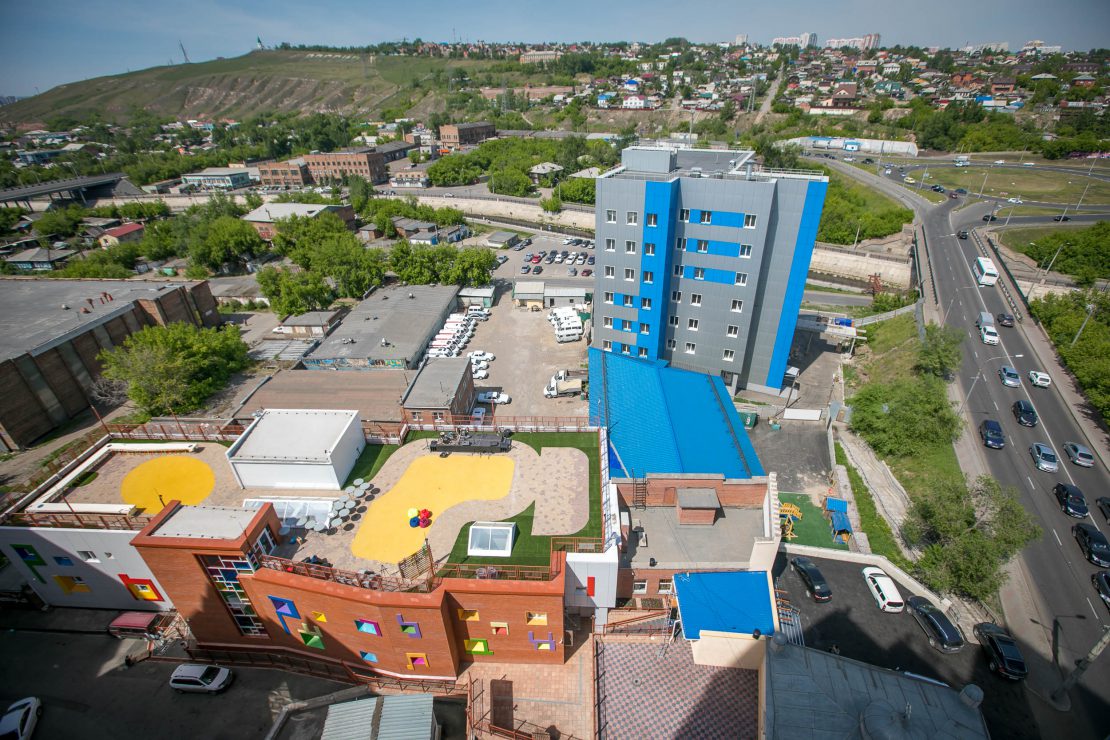 A new children’s educational center opened its doors in FJC’s Jewish community of Krasnoyarsk, Southern Siberia this week. Designed by Israeli architects, the center includes a children’s tolerance museum, a Sunday school, a well-equipped gym, and auditorium, and dance studios.

The opening was attended by Krasnoyarsk’s governor, Viktor Tolokonsky, who spoke of the Jewish community’s initiatives to develop the city’s cultural scene as a whole. “Krasnoyarsk is now home to such a unique children’s center that carries a strong message of mutual respect and understanding,” he said at a meeting with the chief rabbi of Russia, Rabbi Berel Lazar, before the opening. The mayor also noted that the center’s opening will stimulate further development by the municipality.

The center also hosts an interactive exhibit, “Museum-Lectorium,” which allows all children to become familiar with the basics of Jewish culture. Here they can visit the tent of Abraham, try on traditional Jewish clothes, watch educational cartoons, see and touch the Torah scroll and even try writing Hebrew letters on kosher parchment.

Rabbi Benjamin Wagner, Chabad’s representative to Krasnoyarsk, said the center “was conceived to allow children to learn and play independently.”

A festive concert and a celebration for Krasnoyarsk’s followed the formal opening.

Related Articles
View All
My Heart Is In Samara…
Dina Deutch served as an emissary in Samara, Russia, since 1997. With 5,000 Jewish residences on their mailing list, Dina and her husband have built…
Russia: Thousands Attend More Than 500 Public Seders Across the Country
Over 500 public Seders were attended by thousands of Jews in Russia this year.
New Nursing Center, First of its Kind, Opens in Moscow
It was a small but impressive ceremony last week marking the opening of the Shaarei Tzedek Jewish Chesed Center which provides professional nursing care to…
Get Inspiration to your inbox!
Newsletter
Join our weekly newsletter for inspiration and updates
Donate
Find Your Local Chabad Center
Chabad
About Chabad-Lubavitch
About Chabad Lubavitch
The Rebbe
Headquarters
Magazine
Magazine
News
News & Updates
In The Media
Impact
Social and Humanitarian
Social and Humanitarian
Education
Education
Community
Community