My Heart Is In Samara…

After 20 years in Samara, Dina Deutch feels like a native in Russia's 6th largest city 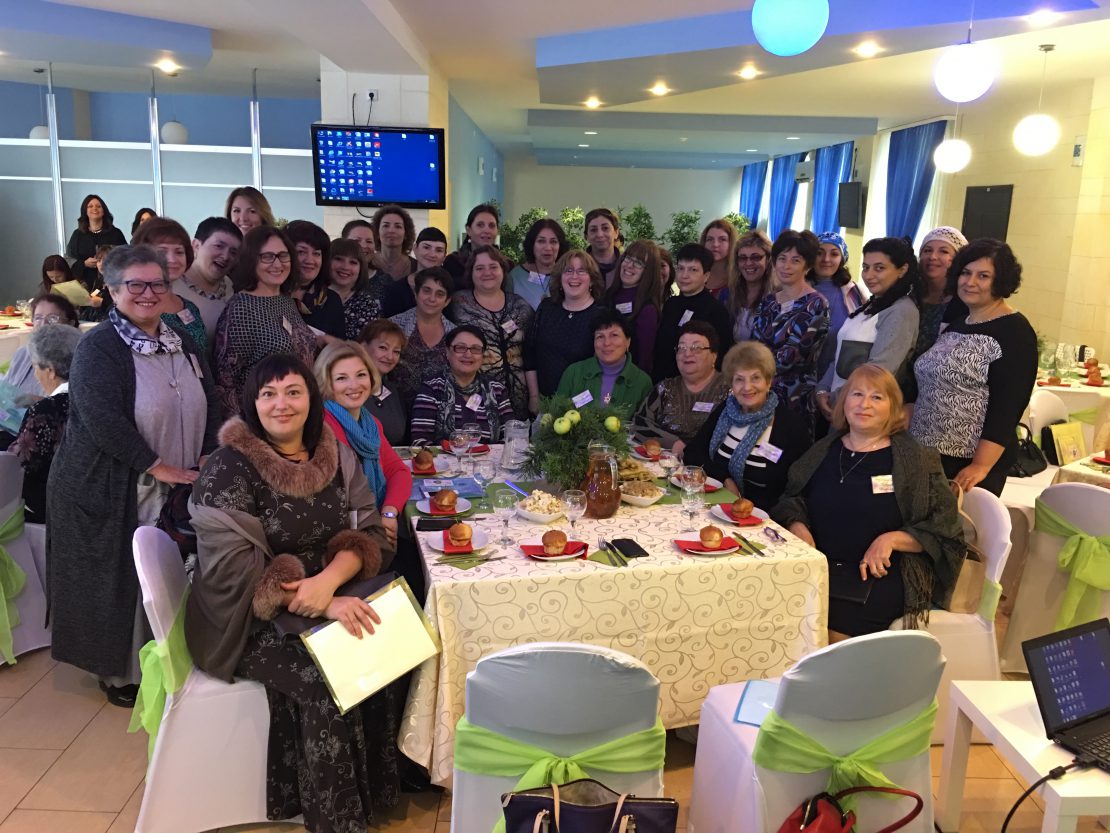 In this feature by Dvora Lakein, From Park Slope to Pudong, Lubavitch International profiled six women serving as Chabad emissaries in disparate places. Like their personalities, their circumstances are strikingly different to each other; some with children, some without, and some with extreme challenges. Whatever the “cards” that have been dealt them, these women play the hand with refreshing grace and confidence, offering an illuminating contrast to the noisy politics of our day.

Dina Deutch is an emissary in Samara, Russia, since 1997. With 5,000 Jewish residences on their mailing list, Dina and her husband built an impressive coterie of educational programming, social services and religious outlets in Russia’s sixth largest city.

I met my husband in 1994, very soon after the Rebbe’s passing. He’s Israeli, I grew up in Crown Heights. While dating, we talked about our desire to settle someplace where we could fulfill the Rebbe’s mandate.

Our realistic options were California, Israel, and Russia. We knew that Samara, Russia was where we were needed most. Though the Volga River is pretty, I would never choose to live here other than as the Rebbe’s emissary.

We arrived in 1997 with a toddler and newborn baby. Samara was very backward in those years. I remember going to the pharmacy to buy diapers and being handed one. When I asked for the whole package, the cashier responded, “but what will everyone else use?” Now we have Ikea. We have fancy buildings and big malls. You will still find people who live with outhouses, but as a whole, the city is much more developed.

In the beginning, we would all travel to America when it was time for me to give birth. By the time I was expecting my seventh child, it was too difficult to go to New York and we had too many obligations here. So I did a lot of research and found a good local doctor. In my ninth month, he said he would deliver by C-section. And despite my strong objections, that’s how two of my children were delivered here. In general, doctors are very quick to operate in Russia. I go to doctors here only as a very last resort.

One of the “babies” I am very proud of is the successful school we direct. The process of getting it, though, was anything but easy. One of the first things emissaries did when they arrived in Russia in our days, was open a preschool or elementary school funded by philanthropist Lev Leviev. But try as we might, we could not get a building. My husband went to city officials, to the mayor, to the governor, but they always told him to come back next week. Several years went by, and to our disappointment, we were one of the only communities without a school.

In 2002, in honor of the Rebbe’s 100th birthday, President Putin invited 20 of the Rebbe’s emissaries to meet with him to discuss important matters. My husband was one of them, and he had the chance to tell the president about our unsuccessful efforts to secure a building for a Jewish school. Within just a few days, we received documents for a building and soon enough, we were ready to open.

We started with 50 children and today we have an enrollment of 100 children.

I’m in school every day. We also run a soup kitchen and meals on wheels that feed lunch to the elderly. I lead a women’s class twice a week. My husband teaches tens of men in the shul every night. On Sundays he runs a special study program for young adults followed by a teen program. In the summer we direct a sleepaway camp as well as a special program for mothers with small children. Of course, there is Shabbat every week, holidays, special events, a mikveh, and our 11 children, thank G-d.

Samara is a large city. My husband and I dream of reaching thousands more Jews every day. We are sure that with the Rebbe’s blessings we will get there. If we were to compare the desert we came to 20 years ago to the beautiful thriving Jewish community that there is here today, there is little doubt of a very promising future for our actively growing community.

When we first came, I was quite lonely. I was home all day with two babies. I didn’t know the language, the people, the mentality. In those early days, we went to New York at least once a year and occasionally visited my husband’s parents in Israel as well. I was always waiting to go home. But thank G-d, nowadays wherever we are, Samara is home and our hearts are always here.

Related Articles
View All
Chasidic And Unconventional
Chavie Bruk moved to Bozeman, Montana with her husband Chaim in 2007. Their community has grown steadily since and so has their family, but not…
Park Slope Redux
Sarah Hecht is the founder of Chai Tots, an award-winning group of preschools in Brooklyn. As the mother of 13, the 51-year-old is a dynamo:…
Get Inspiration to your inbox!
Newsletter
Join our weekly newsletter for inspiration and updates
Donate
Find Your Local Chabad Center
Subscribe
|
Log In
Chabad
About Chabad-Lubavitch
About Chabad Lubavitch
The Rebbe
Headquarters
Magazine
Magazine
News
News & Updates
In The Media
Impact
Social and Humanitarian
Social and Humanitarian
Education
Education
Community
Community