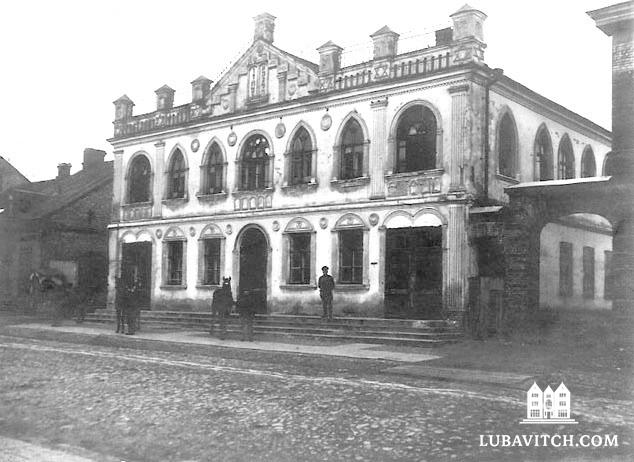 The Hekdesh Shul, before the Nazis seized it.

According to the city register of Brest (formerly Brisk), Belarus, as of  October 15, 1942, there were 17,893 Jews residing in the city. The next day, that figure was scratched out.

That’s when the Nazis liquidated the Jewish Ghetto, a few city blocks surrounded by barbed wire. Of the thousands of Jews living in this vibrant center of Jewish life before World War II, only nineteen survived. Today, a tenth of the over 100 synagogues in Belarus are in ruins with most of the surviving structures having been sadly converted to theaters, shops, gyms, and other public spaces.

Today, the city has seen a Jewish revival. The community numbers over 2,000 and there is an active Chabad presence, including a synagogue, preschool, primary school, and adult Jewish education programs.

Two weeks ago, after years of unsuccessful recovery attempts that included a 1992 failed legal battle, Chabad of Brest purchased the city’s second largest historic synagogue, the Hekdesh Shul. Built in 1886, the synagogue had been confiscated by the Nazis, together with the neighboring Jewish hospital, and housed wounded soldiers. When the Soviets reclaimed the city, it became a nightclub. It has since passed from hand to hand, eventually being owned by a private individual and used as an office space. The iconic facade and inside architecture had been destroyed by the various occupiers but the original building remained.

First afternoon prayer service at the newly-recovered Hekdesh Shul, seventy-eight years after they were thrown out.

Efforts to recover the Hekdesh Shul were recently redoubled when Chabad’s lease, for the space they were renting, expired. Rabbi Chaim and Michal Rabinowitz, directors of the center since 2003, raised the $300,000 needed to purchase the 6,500 square foot shul, thanks in big part to philanthropists George and Pamela Rohr.

“One-hundred-and-thirty-eight years after the synagogue was originally inaugurated, and seventy-eight years after Jews were thrown out of it, there are Jews once again praying in it,” says Rabbi Rabinowitz. “We are excited to have a permanent space to put down new roots and for it to be an integral part of Jewish life, filled with Jews, young and old, like it once was.”

Daily services, preschool classes, study groups, women’s events and teen activities will now be hosted in the shul. Rabinowitz says attendance has doubled as people come to connect at the historic site in the two weeks they’ve been there and services have been emotional and spirited. “Everyone is very touched that it’s back. We received congratulatory phone calls and letters from non-Jews too—from government officials and strangers on the street.” The Israeli Ambassador to Belarus, Alon Shoham, will be visiting the synagogue this Sunday to pay homage.

Chabad is now raising another $300,000 to restore and repair the synagogue to its original beauty.

Brest has been in the news lately because of a mass grave of Jews discovered at a construction site. Overseen by Rabinowitz, soldiers collected the remains of over 1,000 Jews—men, women, children and infants murdered by the Nazis—and brought them to burial at the Jewish cemetery, some seventy years after their deaths.

Rabinowitz is happy that Brest can report something positive. “We cannot forget the past, but we must use it to build a future.”

Current structure as it stands today

Morning services at the newly-recovered synagogue

Related Articles
View All
Historic Synagogue Rises Once Again, Eighty Years After Destruction
Destroyed by the Nazis, one of Europe’s most impressive Jewish monuments, the New Synagogue of Konigsberg, has now been restored to its former glory.
Communist-Era Torah Uplifts Small Colonie, NY, Community
After years of waiting, an over 100-year-old Torah that was smuggled from communist Belarus finally found a home in a suburb of Albany, New York,…
A Homecoming: 500 Chabad Rabbis Convene in Russia
500 Chabad representatives from former Soviet countries and Europe convene in Russia once again
Get Inspiration to your inbox!
Newsletter
Join our weekly newsletter for inspiration and updates
Donate
Find Your Local Chabad Center
Subscribe
|
Log In
Chabad
About Chabad-Lubavitch
About Chabad Lubavitch
The Rebbe
Headquarters
Magazine
Magazine
News
News & Updates
In The Media
Impact
Social and Humanitarian
Social and Humanitarian
Education
Education
Community
Community