Synagogue opens on eightieth anniversary of its destruction 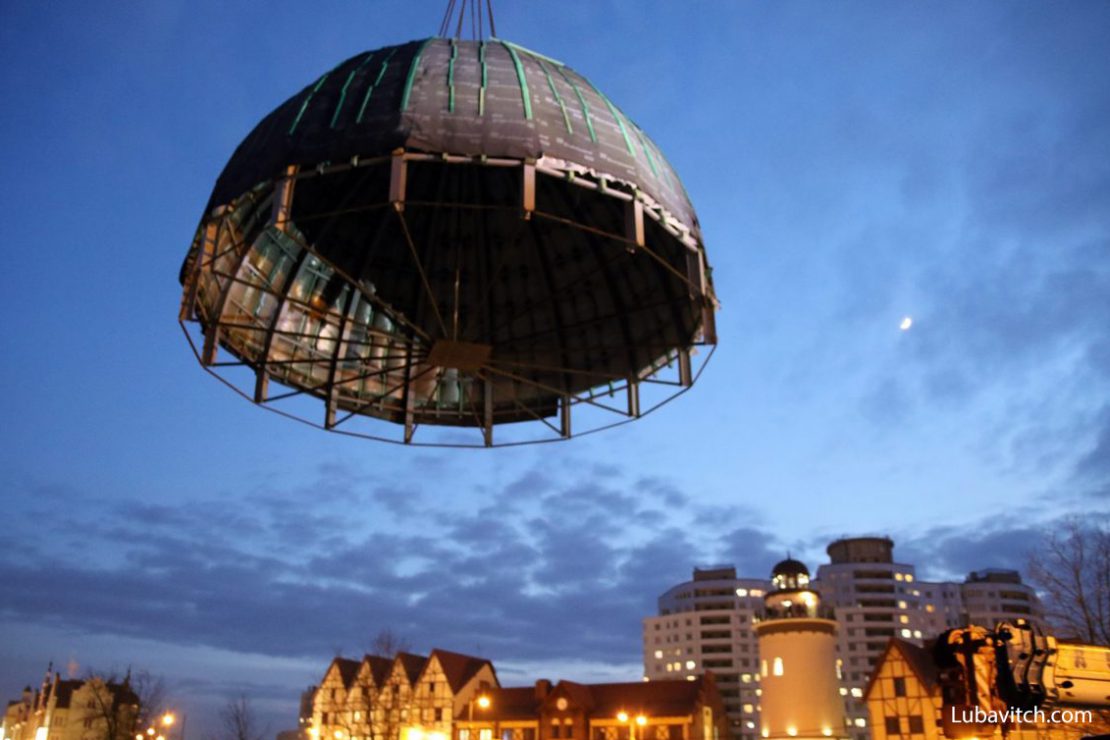 A massive dome is lifted onto the Kaliningrad Synagogue, March 2018

Destroyed by the Nazis, one of Europe’s most impressive Jewish monuments, the New Synagogue of Konigsberg, has now been restored to its former glory.

Government officials, diplomats from Germany and Israel and members of the Federation of Jewish Communities in the Former Soviet Union attended a grand opening ceremony this afternoon. They were joined by Nechama Drober who was born in Konigsberg of 1927. Nechama is a German-Israeli author and one of only two, of the city’s surviving residents who can testify to both the persecution of the Jewish population by the Germans and their situation under Soviet rule.

One of Germany’s larger Jewish communities in the early twentieth century, Konigsberg was decimated by the Nazis and on Kristallnacht, as the night of November 9, 1938 became known, the New Synagogue was vandalized and burned to the ground.

After World War II, the strategically important port city was annexed by the USSR. The Russians expelled the German citizens and any Jews who found themselves in their new territory, now named Kaliningrad. Many Jews found their way back to this Russian exclave, nestled between Poland and Lithuania, even during the Soviet regime. However it wasn’t until the 1990s that they were allowed to publicly implement any religious or Jewish communal programs. 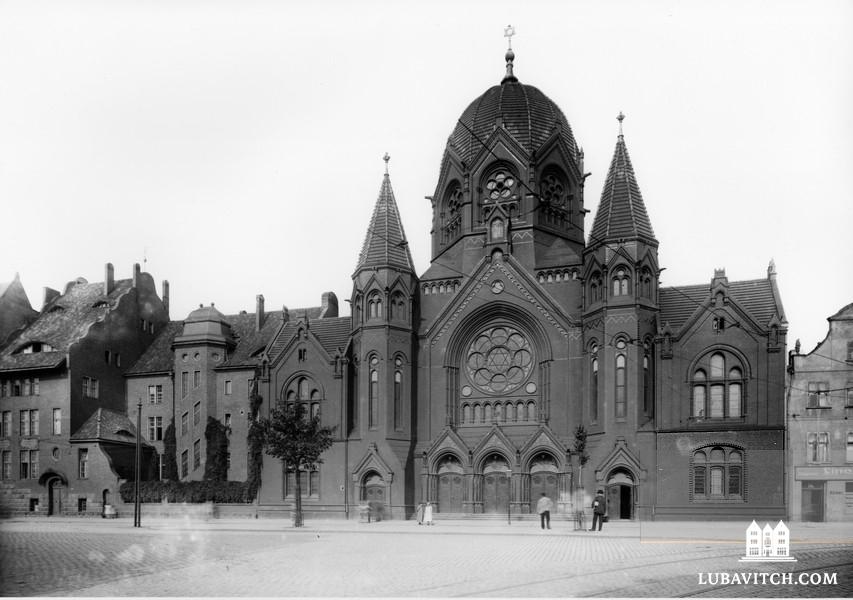 The New Synagogue in Konigsberg in the early 1900s

In 1998, Rabbi David Shvedik was appointed by the Federation of Jewish Communities in the former Soviet Union to lead the Kaliningrad Jewish Community, now numbering 2,000 people. For the last twenty years, the community rented a building to house their services and classes. A soup kitchen and day school were at another rented location. “We dreamed of a building of our own,” Rabbi Shvedik said.

Seeing the need, local philanthropist Vladimir Katsman formed a synagogue construction fund and encouraged community members to get involved. It took years of applications and substantial funds, but in 2011 the city moved the circus it housed on the land on which the original synagogue had once stood and approved sale of the plot to the Jewish community.

Construction began five years ago, and now with only minor changes, the building has been rebuilt to replicate the original New Synagogue in meticulous detail. Mr. Igor Rabinovich sponsored the massive 23.5 ton dome that was lifted into place in March of this year. The ornate window frescoes were donated by Mr. Boris Pchersky and the sanctuary by Mr. Leonid Plitman.

The new center includes a Holocaust memorial, a school, kindergarten, community center, shops and kosher restaurants. “Historically, in Europe a city synagogue was always surrounded by communal infrastructure and we hope this will once again become a center of Jewish life in the region,” said Rabbi Alexander Boroda, president of FJC Russia. 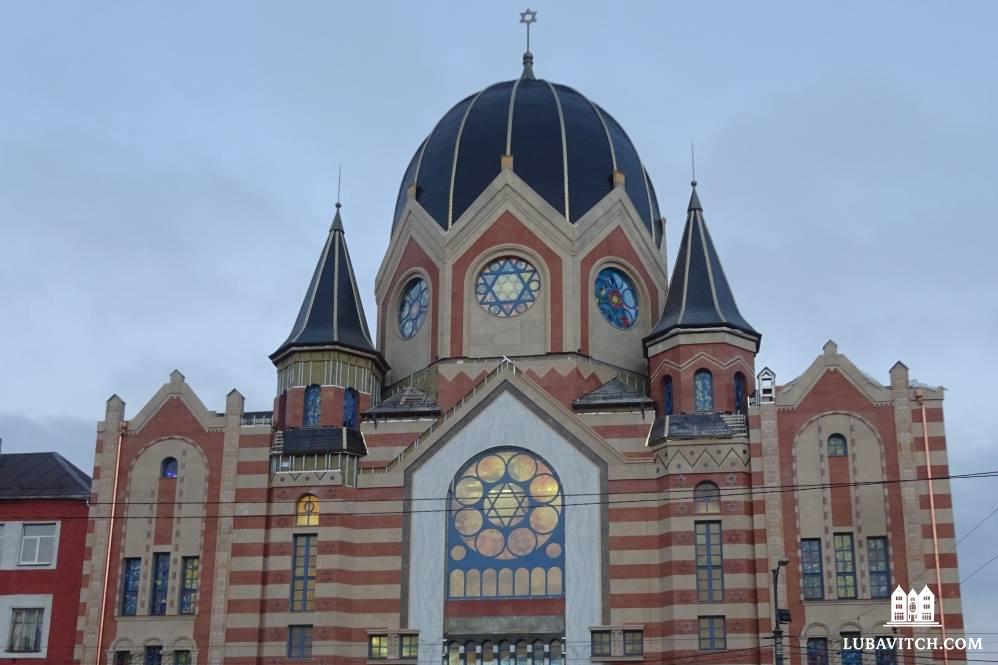 The building, reconstructed in meticulous detail was opened on November 8 2018, eighty years after it was destroyed.