After a young man passed away in an airplane crash, his Wisconsin community is coming together to do mitzvot in his memory 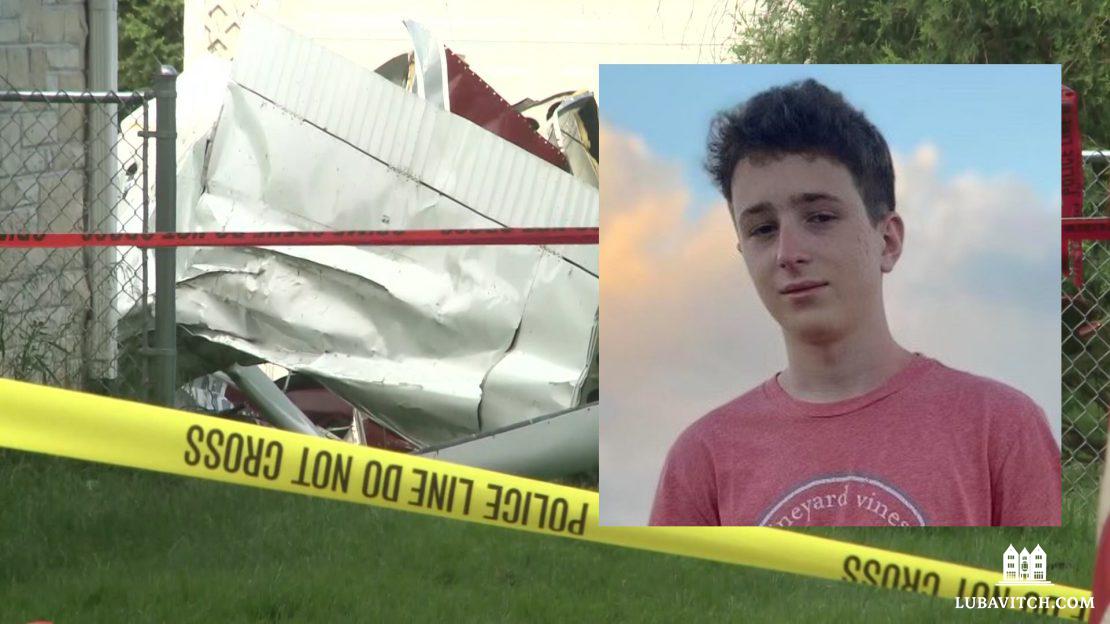 Eighteen-year-old Daniel Perelman had just finished his first year at Northwestern University, studying physics and preparing to pursue a career as an orthopedic surgeon. He was a proud Jew and, together with his family, a member of Chabad of Waukesha. Daniel was also a student pilot, and last Thursday, while on a solo flight, his Cessna 152 light aircraft suffered an engine failure. The airplane crashed, and Daniel passed away in the hospital two days later.

The tragedy devastated the tight-knit community and Daniel’s friends and classmates, who knew him as a person full of energy and curiosity and a gentle soul. “Daniel was kind and giving,” said Rabbi Levi Brook, who directs Chabad of Waukesha together with his wife Fraidy. “He greeted everyone with a smile.”

After consulting with his parents, Chabad set up a website where people can pledge to perform a mitzvah in Daniel’s honor. Within just a day, seven hundred people have already done so. “The tragedy is overwhelming, but in the Jewish tradition we don’t face tragedy passively,” said Rabbi Brook. “A mitzvah provides a way to do something positive for him, and memorialize his life by adopting a positive trait or behavior.”

At Northwestern University in Evanston, Illinois, Daniel joined Chabad on Campus’ shabbat meals each week. “He radiated warmth, he invited friends to join every week, and made sure everyone felt included,” said Rabbi Mendy Weg of Northwestern Chabad, “he owned his academics, his Judaism, and gave his all to everything he did.” Even though he was at Northwestern for less than a year, many students have shared uplifting stories with him, and he leaves behind many friends.

Visit deedsfordaniel.com to commit to a mitzvah in Daniel Perelman’s honor.

Related Articles
View All
Lifecycle
A Funeral & a Bar Mitzvah
After Naomi Rosenberg’s funeral, Rabbi Alter Korf brought her dream true by celebrating a bittersweet Bar Mitzvah with her two sons
Lifecycle
A War And a Wedding
Two Chabad emissary families travel through embattled areas, past army checkpoints and six countries, to a wedding celebration.
Lifecycle
Starr’s Yahrzeit Project
“It’s so personal, it touches people profoundly. And it creates a deep sense of community.”
Lifecycle
A Mom, A Torah, A Chuppah Ceremony
The thought that she would never get to stand with her son under the chuppah broke Elisheva (Irene) Solovey’s heart.
Get Inspiration to your inbox!
Newsletter
Join our weekly newsletter for inspiration and updates
Donate
Find Your Local Chabad Center
Subscribe
|
Log In
Chabad
About Chabad-Lubavitch
About Chabad Lubavitch
The Rebbe
Headquarters
Magazine
Magazine
News
News & Updates
In The Media
Impact
Social and Humanitarian
Social and Humanitarian
Education
Education
Community
Community