Focus on the Individual at Chabad Banquet 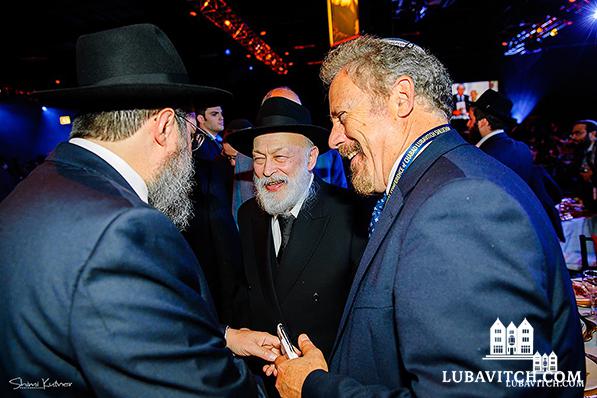 Over 5,800 Chabad rabbis and lay leaders celebrated the culmination of the weekend International Conference of Chabad Shluchim with the grand Gala Banquet on Sunday night. Held at the New Jersey Expo Center, the banquet featured talks and multimedia presentations that highlighted the personal impact of different Chabad centers worldwide one individual at a time.

“A friend told us that if there was a town with a population the size of Tulsa’s Jewish community, McDonalds wouldn’t open a branch there,” Rabbi Yehudah Weg shared in a video presentation about Chabad in Oklahoma, which opened in 1987. “So why did we go?”

“It defies comprehension,” agreed Chabad Rabbi Yitzchak Schochet of London’s Mill Hill Synagogue in his address, “but if there’s a Jewish soul in need, be they 3, 33, or 103, to the Lubavitcher Rebbe and to every one of his emissaries, that person becomes the focal point of the universe.”

Underscoring Chabad’s impact on the individual, a video presentation honed in on the stories of three Chabad families serving respectively in Slovakia, Turkey and Oklahoma. Leo Teodore Vojcik, a young Slovakian discovered that he is Jewish in 2017 after reviewing his late grandmother’s documents. A Holocaust survivor, she had brought raised her children Christian. A family living as Muslims in Turkey made a similar discovery when their matriarch began to speak yidish in her old age. An isolated Moroccan woman, in Maysville, Oklahoma, yearned for Jewish connection. Each of them reached out to Chabad.

“And then I knew,” shared Weg, “that this was why I had come to Tulsa, so this woman would have somewhere to turn.” In a surprise to the audience, Leo appeared on the event stage with his Chabad rabbi to express his gratitude. “For 34 years I had no idea of my heritage because my Grandma was afraid. I decided I should not be afraid. I’m proud that I’m a Jew and I can continue the legacy. Thank you Rabbi Zeev Stiefel for teaching me what that legacy is.”

Chabad’s impact is also felt on a global level, said the evening’s guest speaker, U.S. Ambassador to Israel, Mr. David Friedman. “In terms of Jewish observance, culture and philanthropy, we are in the midst of a resurgence. And the most important factor behind that rebirth is you,” he said to the assembled emissaries.

“Following the mandate of the Rebbe,” he continued, “you bring spirituality to those thirsting for meaning. You shelter and feed those desperately in need of friendship. And you do it all with a beautiful sense of optimism.”

Another theme became apparent as thirteen-year-old Sholom Hurwitz read a letter written for the evening by his father, Rabbi Yitzi Hurwitz, paralyzed by ALS. Hurwitz uses eye movement to communicate. “We are meant to see the good in every challenge, until we no longer see it as a challenge, but as wings with which to soar,” he read.

Echoing the message, Rabbi Moshe Kotlarsky, Vice Chairman of Merkos L’Inyonei Chinuch spoke of Chabad’s activities to strengthen Jewish pride in the face of anti-Semitism. “The Rebbe taught us that we fight darkness with light. We fight by lighting a candle that will ultimately light up the world.”

Special thanks were given to philanthropists Mr. George Rohr and the Rohr Family Foundation, Mr. Yitzchak Mirashvili and Mr. Lev Leviev for their support of Chabad initiatives.

As every year, the banquet concluded with the roll call of the 108 territories with at least one Chabad center. Over the last year, more than 130 new emissaries have embarked on their mission as Chabad representatives, bringing the total number of emissaries around the world to 5067. New Chabad centers were announced in exotic places like Rwanda, Myanmar and on Turks and Caicos Island.

Spirited dancing broke out as the live orchestra played. The joy and enthusiasm palpable in the air as each guest left enthused to continue, in the words of Ambassador Friedman, to “carry the light of Torah to the darkest corners of the globe.” 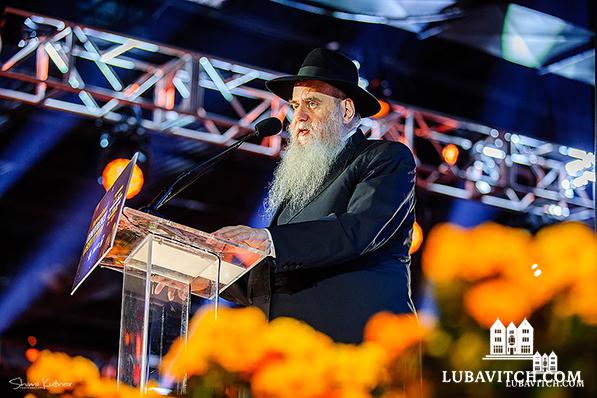 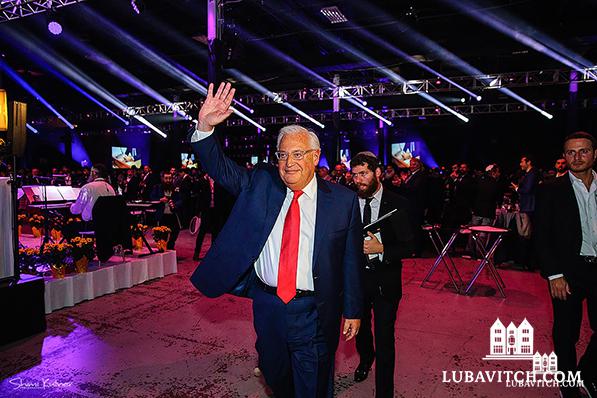 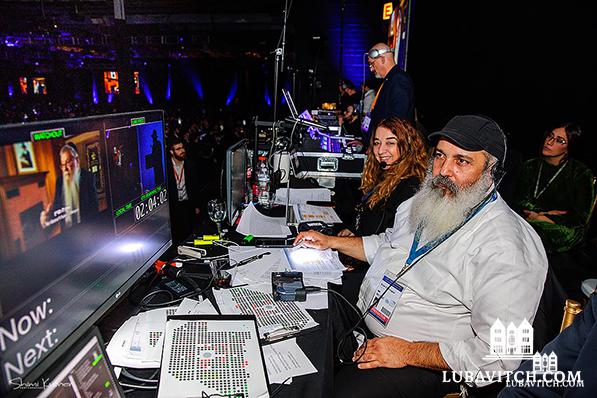 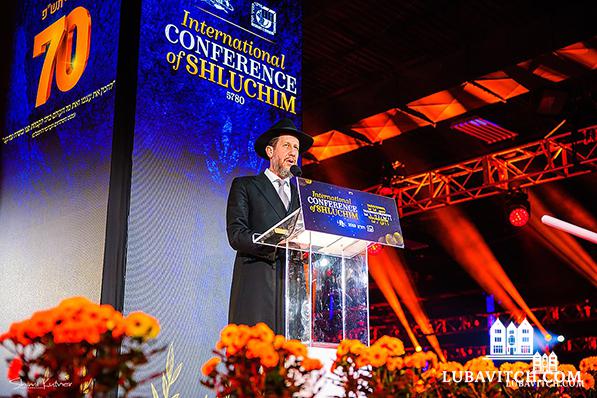 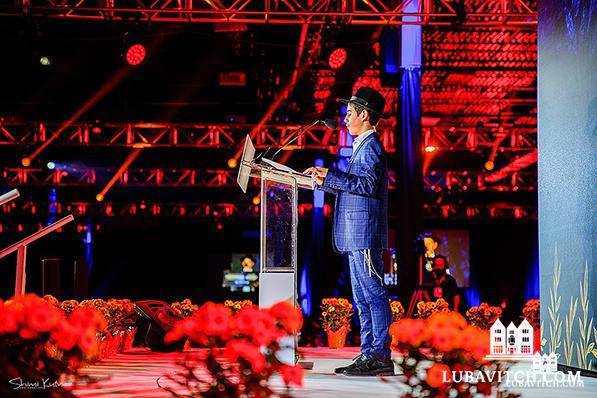 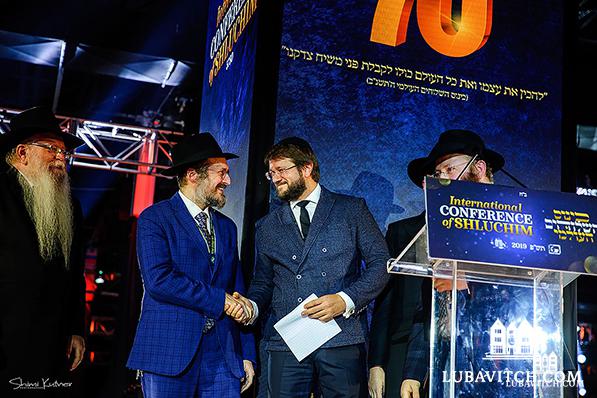 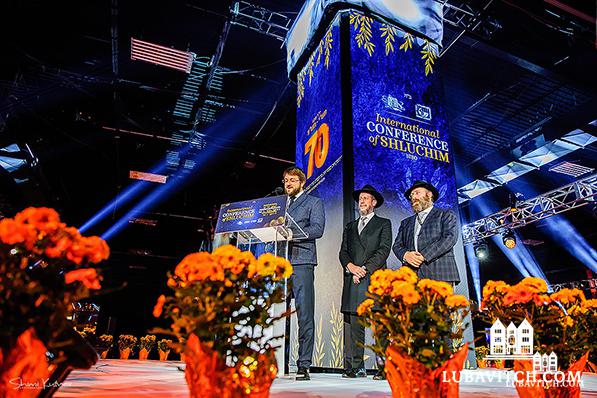 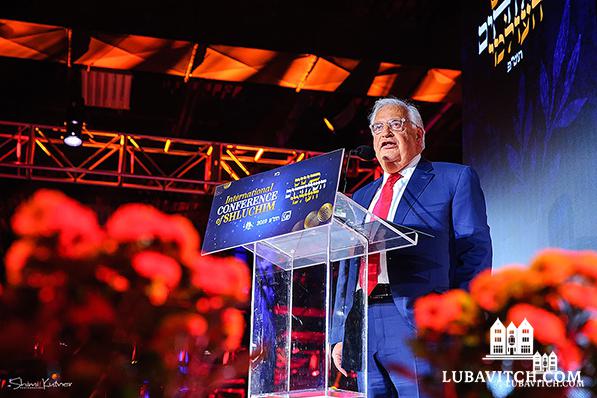 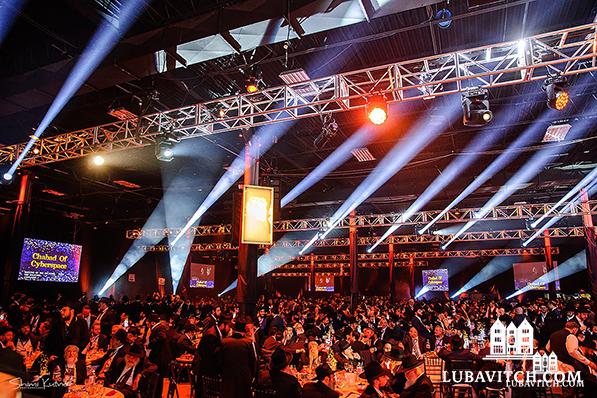 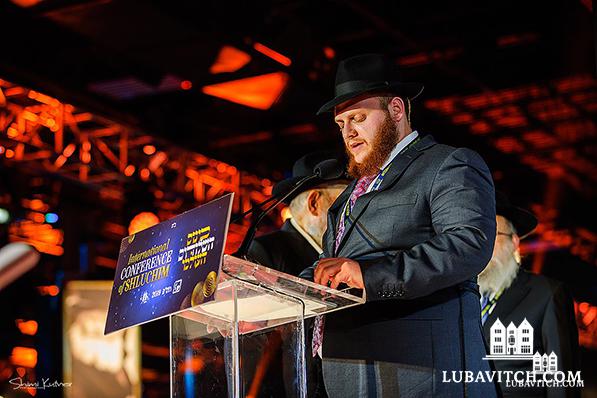 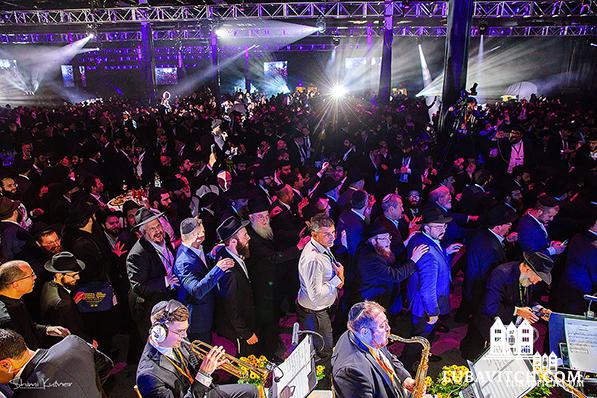 Related Articles
View All
Twenty Five Years After Genocide, Rwanda Rebounds
One of the fastest growing economies in Central Africa, and now one of the safest too, Rwanda has of late become a popular tourist destination.…
Plugged In & Disconnected
“Students put their headphones in, stare at their cell phones, and walk right by us. But I don’t think it’s Judaism necessarily that they are…
The Israeli of Alamo
Together with Yossi Posner, Goldshmid spent the month of August visiting Jewish inmates in 32 prisons across the American South. The pair, both 25 years…
Get Inspiration to your inbox!
Newsletter
Join our weekly newsletter for inspiration and updates
Donate
Find Your Local Chabad Center
Subscribe
|
Log In
Chabad
About Chabad-Lubavitch
About Chabad Lubavitch
The Rebbe
Headquarters
Magazine
Magazine
News
News & Updates
In The Media
Impact
Social and Humanitarian
Social and Humanitarian
Education
Education
Community
Community