Fighting For His Life, A Rabbi Inspires Music and Mitzvot 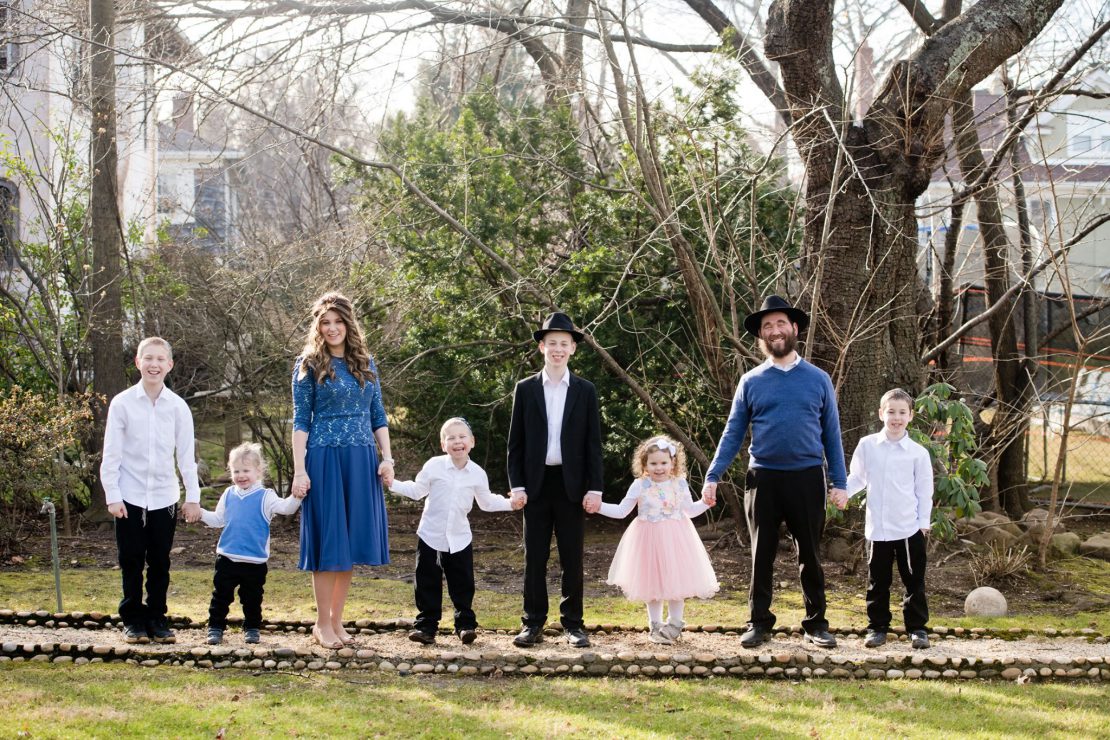 Sarah Dukes is sure that her comatose husband hears the music she plays for him. The accomplished composer sits at her piano every night, her fingers dancing on the keys as she tries to nudge Rabbi Yehuda (Yudi) Dukes, 38, in the fight of his life, back to health. Her musical compositions reverberate through an ipad to the intensive care unit at NYU Medical Center, where Yudi has been since March 30, when Sarah last saw him.

Since then, the bedtime routine in the Cedarhurst home of the Dukes has changed. Yudi’s and Sarah’s six children, ages two through thirteen, send love messages to their dad and sign off with prayers that Yudi, on life support, regains his ability to breathe on his own and comes back home.

Yudi contracted Coronavirus on March 22. After a week bedridden at home, when he could barely talk, he was hospitalized. His condition continued to deteriorate. After  his lungs collapsed, he was placed on an ECMO machine to provide respiratory support. That was six weeks ago.

Yudi, the director of JNet, which pairs partners from around the world for Torah study by telephone, has thousands of friends who are now praying for him. Throughout his fifteen years with JNet, he’s reached people who lived in spiritual and sometimes social isolation, from a remote farm in rural Thailand to a village in West Africa. During their nightly conversations with Yudi, Sarah and the children tell him about how JNet is growing and setting up new study pairs.

Through regular Facebook posts, Sarah shares her personal journey as she manages life, quarantining at home with six active children and her beloved husband battling to stay alive.

“I visualize Yudi surrounded by a thick, protective shield made from all the prayers and good deeds that have been done in his merit,” she wrote. “Thank you all for being there for me – for standing by me when I’m strong, and for embracing me and picking me up when I’m not.”

“My Tefillin Were Gathering Dust”

Since his bar mitzvah, Yudi hadn’t missed a day of wrapping tefillin. “Although Yudi is not obligated to put on tefillin now, I’m sure there is a part of him that feels broken that he is unable to perform this cherished commandment,” Sarah said. Would anyone stand in for him, and commit to tefillin, at least until Yudi recovers and can resume his own observance, she asked. The response came fast with nearly a hundred teenage boys and men stepping up.

One of them was Alan Sussman, a realtor in Charlotte, NC, who, five years ago, was paralyzed in an accident leaving him with a crushed spinal cord and multiple other serious injuries. He was wheelchair bound for more than a year.

While Alan lay unconscious in intensive care, Rabbi Dukes, who was visiting Charlotte to serve as the cantor for the High Holidays at the Chabad House, had wrapped tefillin on him. Sussman, who only recently learned about this, is reciprocating the mitzvah.

“For the first time since my injuries, I have begun putting on tefillin on a daily basis to add strength to Yudi’s safe and quick recovery,” said Sussman.

Posts come in from all around the world. Families are adding to their observance of Shabbat and kashrut. Ilia Yamoolski of Berlin, Germany, posted a photo of himself wearing tefillin. Liran Hirschkorn of West Hempstead, NY, said that until two weeks ago, the tefillin he received for his bar mitzvah from his grandmother, a Holocaust survivor, had been gathering dust for years. After hearing about Yudi from a colleague, he has committed to don tefillin daily.

“Coronavirus has had a silver lining,” said Hirschkorn. “I made a positive change as the result of something negative. I feel like I’m part of Yudi’s healing process, and it’s nice to have a greater purpose.”

Four years ago, after an inspiring Birthright Israel trip, Natanya Torn, a singer living in Manhattan, began to observe Shabbat. But, lacking a support system and working as a singer, she dropped it after a few months. After  learning about Yudi’s situation through social media, she resolved to renew Shabbat observance.

“Yudi is causing huge, positive changes in the world, even while fighting for his life in a hospital bed,” said Sarah. Just as Yudi’s lungs began to fail, he called her. “I love you and will do everything I can to return to our family,” he told Sarah. She hangs on to those words–the last she heard Yudi say.

Today, on her Facebook page, she shared her prayer: “May G-d send Yudi – Chaim Schneur Zalman Yehuda ben Hinda Yocheved – a speedy, smooth, and complete recovery so he can wake up and experience this new world, filled with so much more beauty, light, and unity, that all of us created together.”

To learn more about how you can dedicate a mitzvah in honor of Yudi’s recovery, click here.

Related Articles
View All
Hospital
Ep. 32: Connecting Two Generations Of Rabbis In A Boston NICU
The 32nd episode in its series about the personal struggles and achievements of Chabad representatives
Hospital
Lubavitch.com Launches New Podcast
Lamplighters: Stories From Chabad Emissaries On The Jewish Frontier is a bimonthly podcast focusing on Chabad emissaries, or shluchim, their personal struggles and the people…
Hospital
A Stranger in the Land
I had never seen thirty-three degrees Fahrenheit on the weather forecast. My English isn’t great, and I felt so alone.
Hospital
A Warm Hug on a Cold, Lonely Street
About five years ago, I was diagnosed with hypertrophic cardiomyopathy (HCM), which causes thickening of the heart muscle.
Get Inspiration to your inbox!
Newsletter
Join our weekly newsletter for inspiration and updates
Donate
Find Your Local Chabad Center
Subscribe
|
Log In
Chabad
About Chabad-Lubavitch
About Chabad Lubavitch
The Rebbe
Headquarters
Magazine
Magazine
News
News & Updates
In The Media
Impact
Social and Humanitarian
Social and Humanitarian
Education
Education
Community
Community