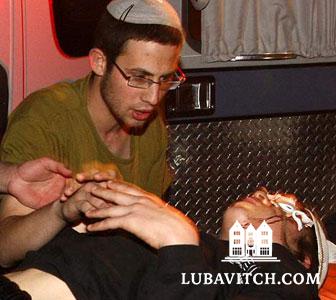 Yet again, Jerusalem is a city in mourning.

How quickly they forget.

We’ve been here before.

Yesterday’s murder of innocent students at a Jerusalem yeshiva evoked flashbacks to the Hebron massacres of 1929 in which 67 Jews were killed in their homes . . . to Kfar Chabad 1956 where five yeshiva students were killed while studying at the Chabad yeshiva. . .  to Maalot  massacre of 1974 that left 21 students dead in their elementary school . . .

Not to mention those killed in the countless terrorist attacks since.

So the condemnations ring hollow in the ears of mothers and fathers whose young boys—as young as 15 and 16—were buried Friday in their blood soaked clothing.

It’s at times like these that Israel’s smarmy obeisance to world opinion stings with the shame of impotence. While Israel alone bears the burden of its paralyzed cities and traumatized citizens from Sderot to Jerusalem, its leaders continue to curry favor with others, kowtowing to their diplomatic games. And in between handshakes and state visits and headline-making photo ops, the lifeblood of Israel’s children runs in rivulets the length of the country.

It’s at times like these that even those of us who want to believe in the basic goodness of all human beings, must concede that this terrorist, like all those before him, does not deserve consideration for his frustrations, whatever they may be.

No, like all those before him who targeted students, children, families, on buses and in restaurants and in their playgroups, he was a product conceived and nurtured with a pathological passion for Jewish blood. And it is a pervasive passion in these parts of town that breeds more such murderers every day, and compels one to recognize that it’s a different kind of thinking that’s needed here.

A few weeks ago, I had lunch with an American Jew involved in high level, unofficial peace talks between Israel and the Palestinians. “Our intention,” he told me, “is to find ways to improve the lives of Palestinians so that they will have something other than anger on their minds, when they get up every morning.”

His thinking was reasonable, even practical. “Forget peace,” he told me. “They don’t want peace.” But, he went on to explain, if the quality of life would improve in certain parts of West Bank and Gaza, Palestinians would want to get on with their lives and turn their attention to economic developments and other such productive concerns.

But yesterday’s murderer was not a hapless Palestinian living in a Gazan shanty. He lived in East Jerusalem, and carried Israeli ID that allowed him free movement and full access. It was an ID card that basically said, “we trust you want to get up every day and get busy doing normal, productive things for yourself, like we do.”

It’s at times like these that I understand the transformation of a dear friend, an American professor whose liberal sympathies gave way to realistic ones since making aliyah several years ago. On a recent visit to the U.S., I listened as she argued basic assumptions with a left-leaning Columbia graduate who thought as others do: give the Palestinians more opportunity, and they’ll stop acting out.

My friend smiled as one smiles when they encounter the sweet naivete of youth and untried sentiments.

Since then, the Columbia graduate went back to her peaceful job in the city. My friend went back to Jerusalem, where yesterday, she followed the eight coffins as they were carried through Jerusalem, crying with the mothers and fathers over the ground that had opened under their feet, waiting to take their precious sons.

Related Articles
View All
Editorial
Do We Need Anti-Semitism To Keep Us Jewish?
Swados asked the Rebbe whether it was his opinion, then, “that the tragedy was not a unique visitation upon the Jewish people, and that it…
Editorial
Soul Lights
Sitting with the Rebbe’s shluchim at the closing session of the Annual International Conference of Chabad Lubavitch Emissaries near the end of November, I felt…
Editorial
Taking Stock Before the New Year
We are in the final month of the Jewish calendar year—traditionally a time dedicated to taking spiritual stock of the year past. Examining our successes…
Editorial
Remembering Summer 1956
Sixty one years ago this summer, Friday morning, July 13,1956, concluding the two weeks in Europe, we flew from Rome to the Holy Land.
Get Inspiration to your inbox!
Newsletter
Join our weekly newsletter for inspiration and updates
Donate
Find Your Local Chabad Center
Chabad
About Chabad-Lubavitch
About Chabad Lubavitch
The Rebbe
Headquarters
Magazine
Magazine
News
News & Updates
In The Media
Impact
Social and Humanitarian
Social and Humanitarian
Education
Education
Community
Community