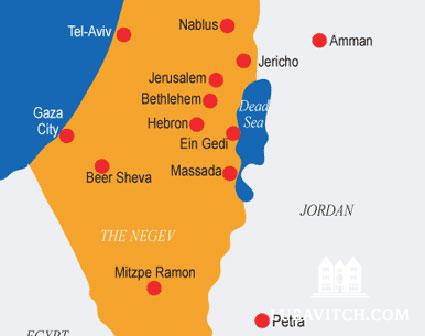 I have a fantasy that I can’t resist, and it returns to me with enhanced details whenever I see Israel get squeezed by the darlings of the double standard.

In my fantastic scenario, hi-tech geeks at the Weizmann Institute are developing an anti missile device that has the power to turn rockets launched into Israel, back from whence they came, in this case Gaza. I imagine Israel employing this marvelous technology as the next round of rockets is aimed at her cities.

And then I imagine the outcry by those who always cry out when Israel protects itself.

What might they possibly say? “Disproportionate response . . . striking at innocent targets . . . killing civilians and children . . .”

To be sure, my scenario would pose a perturbing conundrum to those who live unperturbed by the constant exposure of Israel's civilians to the enemy’s lethal missiles. As if Israel owes its neighbors protection from the bloodthirsty terrorists who might come to their doorstep, by offering up Jewish children as fodder for terrorist aggressions.

While Israel fights Hamas, Sudan bombs Darfur. To date, 400,000 innocent victims were murdered there, and 2.5 million displaced by the violence. Yet this humanitarian catastrophe did not provoke the same kind of self-righteous indignation we see surfacing every time Israel exercises its right to defend itself.

The rush Saturday night for an emergency meeting by the UN Security Council hoping for a resolution criticizing Israel, was hardly inspired by the deaths of civilians used as human shields by Hamas. Few of those who jumped on their moral perches could bear the scrutiny of messes of their making in their own backyards. Yet they protest. They do protest too much, I’m afraid, the better to deflect attention from their own local abuses.

None of these countries were bothered when, after Israel tore its own people out of their homes in Gaza in response to demands of land for peace, the Palestinians promptly delivered rockets. Who cried out with horror, earnest or feigned, that instead of developing their infrastructure, the Palestinians used their newly acquired autonomy in Gaza to reach further into Israel with their terror?

Sixty years later, the suggestion that the world prefers its Jews dead or dispossessed rings with frightful veracity. The idea that we Jews today have not only the hypothetical right and the moral obligation to defend ourselves, but are empowered by the means to do so, is still fundamentally upsetting to the classic stereotype of the Jew: needy, compliant and helpless. That’s the way the world likes us.

That’s too bad, really. Because Israel is remarkably strong, militarily and morally. No other state in the world with a military as powerful as the IDF and an existential threat as imminent as the one Israel confronts daily, would go to the lengths Israel does, to protect the lives of an enemy population that weans its children on death and hate and annihilation, as life-values. And yet others may argue that herein lies Israel's moral failure: endangering its own people by exercising restraint instead of decisive action.

Alas, Israel is on a short leash, even with its friends, and soon it will cave into pressure to end its military defensive strike. It will not have brought an end to the terror, but Israel’s citizens will gain some respite from Hamas’s rockets, at least for a while. Realistically, that’s the best we can hope for in a region of the world that wants no peace with Israel.

So we will continue to look on in frustration as a new crop of peace brokers embarks in the days ahead, on different peace initiatives with repackaged platitudes about a new reality in the region. No matter how many times its enemies unabashedly and unequivocally declare that they will never accept Israel, our friends don’t want to listen.

The Jewish people, better than anyone else, know that until our destiny finds its fulfillment in the final redemption, Palestinians will keep trying to terrorize Israel. They will do so on the pretext of Israel’s "occupation.” And they will laugh all the way to the rocket launchers as foreign ministers pressure Israel with demands for more land, ostensibly for peace but actually for smuggling and stockpiling rockets, hoping to aim them yet deeper into Israel.

In these sobering circumstances, Israel has no choice but to live by the sword. But it is by God's blessings and miracles that this indefatigable lamb among the lions survives, and it will be, I pray, by His ever watchful eye that Israel will ultimately prevail.

In the meantime, I’m hoping that our friends at the Weizmann Institute are hard at work developing my fantastic anti-missile device before Hamas launches a rocket their way.