Davening With the Stars 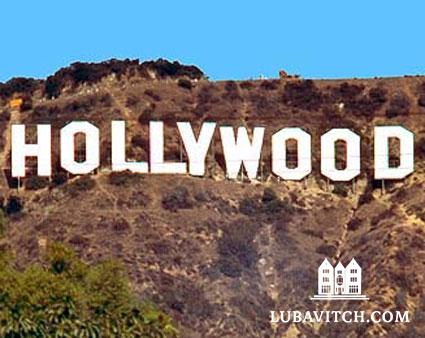 Joanna Breckner spotted John Lithgow on Yom Kippur. “According to Jim” cast and crew showed up for parts of morning prayers. Religion was in the spotlight when CBS Studios hosted Chabad of Studio City’s High Holiday services.

As the Emmy Award winning Lithgow made his way to work and grips chugged coffee and prepared for the day’s shoot, men wearing tallit prayer shawls and women in their holiday finery strolled onto the lot. The irony of being surrounded by facades of New York streets, a false front courthouse, and building mockups on the day when Jewish people the world over strive to get back to their true selves was not lost on Chabad of Studio City representative Rabbi Yossi Baitelman. “Yom Kippur is our reality check, when we shake off our illusions and renew our true connection to G-d. Praying at CBS – where outer shells that look so real can be removed in an instant – served as the perfect analogy for the spiritual message of the High Holidays.”

An island of spiritual reflection in the churning sea of studio busyness, Chabad was able to touch lives of those who expected it least. When community member Joe Breckner, a real estate agent, looked around the room he saw CBS employees, easily spotted with their ID badge necklaces, and was touched. “Going to shul on Yom Kippur even if they came for five minutes or just kissed the Torah is a beautiful spark that may reignite” their Jewish identity, he said.

Weeks before Rosh Hashannah, Chabad of Studio City’s Rabbi Yossi and Chani Baitelman crunched the numbers and knew there was no way an anticipated crowd of 150 could fit into their modest storefront synagogue. Henri “Rick” Schuller, an attorney and Chabad regular, tossed out the idea that CBS Studios, Chabad’s neighbor, should be contacted because “CBS is very supportive of the local community in general.”

Cold calling the studio where “That 70s Show” and “Yes, Dear” are taped, Rabbi Baitelman did not expect to get too far. But he got in touch with Marsha Gorodkin, supervisor of client services, and big things happened quickly. “It takes one angelic person to do great things for so many people,” said Dr. Daniel Levitan, a nephrologist and Chabad of SC community member.

Gorodkin knew Chabad as a studio neighbor. As a regular viewer of West Coast Chabad Lubavitch’s annual To Life telethon, Gorodkin felt good about assisting Chabad. “I knew how helpful Chabad is to everyone – whether they’re Jewish or not – throughout the year,” she said. She passed the request up to management. Not only did CBS consent to housing the services in one of their multi-purpose rooms (MPR), but they also offered to ferry in the prayer books by studio golf cart. To split the room for services, CBS supplied “reveals,” rolling dividers used in filming. When Rabbi Baitelman told them he’d like to haul in a massive wooden Torah ark, they welcomed him to come at any time. “I could not believe how supportive CBS was,” he said. Studio security added a layer of comfort, according to Joanna Breckner, who trotted after her 22-month-old daughter, Sarah, throughout the day.

If Neilson ratings could measure gratitude, CBS would win the sweeps. Thank you letters, calls, and emails have been pouring in from Chabad community members. “It is very touching,” said Gorodkin. “Of everything we do on this lot, Chabad’s services were the easiest, and they’re the most appreciative out of everyone.”

With Rosh Hashannah and Yom Kippur at the studio in the can, Chabad of Studio City’s next act is the seventh anniversary dinner, which will be celebrated on October 29 on a yacht.