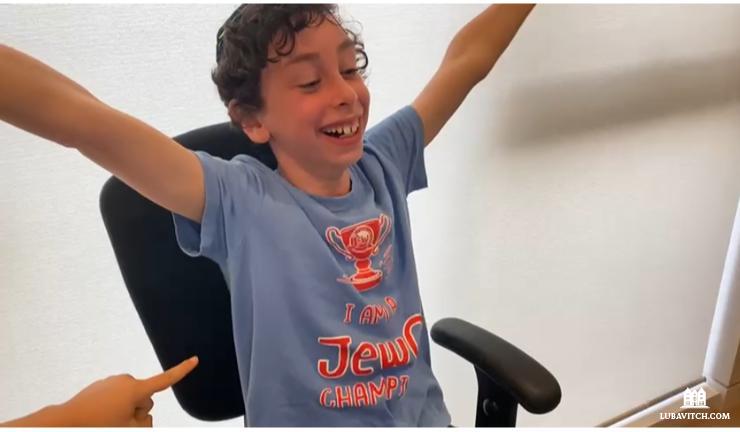 JewQ is an international competition where Jewish children study and get tested on fundamental concepts in Judaism. The competition is exclusively for children who do not attend Jewish day schools.

JewQ champion of Australia Ethan Ickowiz will have the option to compete in the international competition on March 14th, and attend the international grand finale in New York in May of 2021, if Covid restrictions allow.

CKids’ JEWQ program, launched in 2018, encourages children of all ages and backgrounds to explore more about Jewish history and culture. With over 2500 contestants participating in more than 130 cities worldwide. The Australian division of JEWQ started in July of 2020, with children learning via Zoom.

Contestants in the United States and Europe are still in the middle of the competition. Australia is on a different schedule due to the difference in the school year.

Related Articles
View All
Australia
New Shluchim To Sunshine Coast, Queensland, Australia
Rabbi Mendel and Esty Khutoretsky established a Chabad center on the Sunshine Coast in Queensland, Australia. They joined the team of Chabad of Rural and…
Australia
Perth, Australia: Where the Swan River Meets the Southwest Coast
One afternoon in early September, four young men stepped onto Trigg Beach, a haven for surfers just north of Perth, Australia. A spring storm was…
Australia
Lag B’Omer Innovation Under Lockdown
On Monday evening at 18:00 sharp, 45,000 individuals tuned into the livestream at 18for18.com.au. Narrated and presented by children and individuals from Jewish communities across Australia…
Get Inspiration to your inbox!
Newsletter
Join our weekly newsletter for inspiration and updates
Donate
Find Your Local Chabad Center
Subscribe
|
Log In
Chabad
About Chabad-Lubavitch
About Chabad Lubavitch
The Rebbe
Headquarters
Magazine
Magazine
News
News & Updates
In The Media
Impact
Social and Humanitarian
Social and Humanitarian
Education
Education
Community
Community