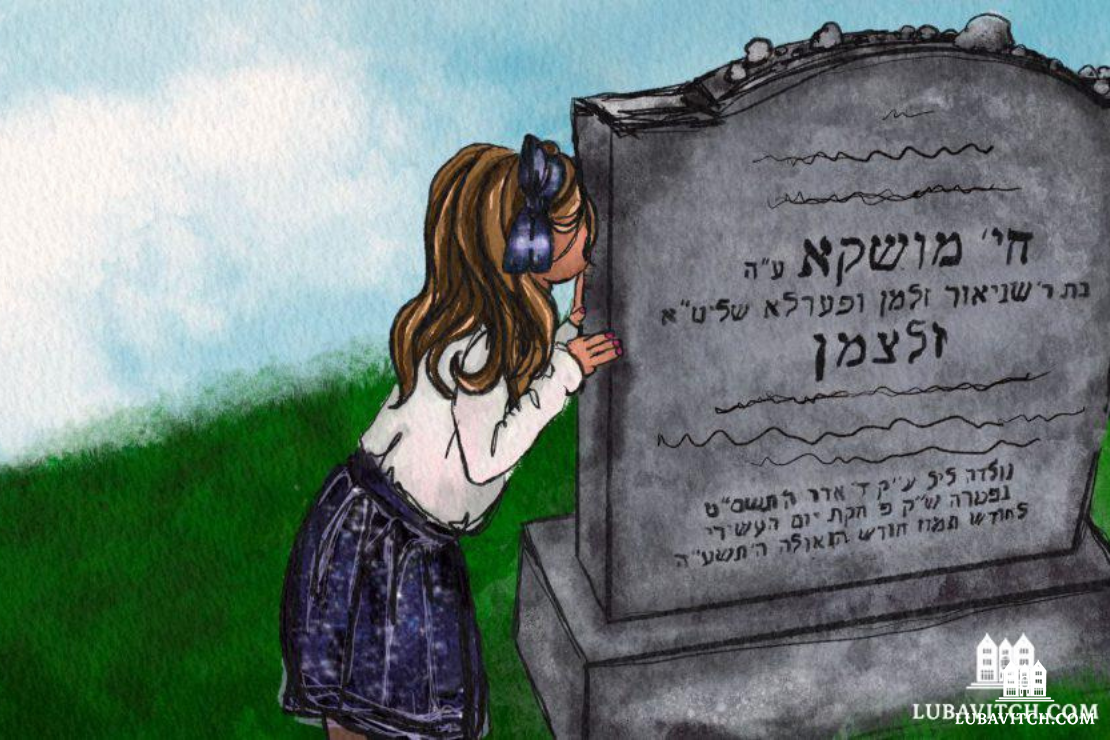 The tragic passing of her six-year-old daughter Moussia in 2015 left Perla Zaltzman, Rebbitzen at the Chabad Jewish Center of Niagara in St. Catherines, Ontario, in deep grief. “Helplessness overwhelmed me. I just wanted one thing; to turn back the clock and have my daughter back in my arms,” says Rebbitzen Zaltzman. She worried for her three surviving children. How could she ensure that they could have an emotionally healthy future after experiencing such trauma?

Six years later, in honor of her Bat Mitzvah, a new book about Moussia’s life and legacy models the process of discussing painful realities with children. Acclaimed by one mental health professional as a “critical resource for parents supporting children through grief and loss”, the book, entitled “It’s Not Over When We Say Goodbye“, helps children and parents process pain in a healing way.

As a Lubavitcher emissary, it was natural that Rebbitzen Zaltzman would find consolation by keeping her daughter an active part of her life. “The Rebbe very strongly encourages us to keep the memories alive,” she says. “My attitude is that she might not be alive, but she’s still my daughter, and she still deserves to be a part of this world.” Per guidance from the Lubavitcher Rebbe and as encouraged by mental health professionals such as Dr. Norman Blumenthal, Perla held birthday parties for Moussia. She invited her daughter’s friends and classmates. There were many mixed emotions, but Perla did her best to make it fun for the children.

Still, Rebecca Shapiro, a close friend of the Zaltzmans, says that the first time she attended one of Moussia’s birthday parties, it felt surreal and a bit uncomfortable. She was not alone. Some parents balked at allowing their children to participate in the events for fear of exposing their children to the heavy feelings of loss. “It was like my daughter’s death was contagious, and that compounded my grief tremendously,” says Mrs. Zaltzman.

As co-founder of Project Proactive, an advocacy organization that develops mental health resources for the Jewish community, Rebecca Shapiro recognized the societal discomfort around openly discussing grief and loss. She saw that it made healing harder for the Zaltzman family. Working closely with Perla Zaltzman, Shapiro sought to address the issue by writing a book about Moussia’s story and the ways her family is keeping her memory alive. In the book’s preface, she writes: “Moussia was proud to be a Shlucha (Chabad Emissary). It felt fitting that her voice would be one to help others find strength and courage after the heartbreak of their own loss.”

After a year of painstaking writing, rewriting, and illustrating, the book was published by Project Proactive on Moussia’s twelfth birthday, her Bat Mitzvah. It gives words to the feelings children experience in the wake of loss by openly discussing the uncomfortable realities of death in a sensitive and safe way. In a parent’s guide included at the end of the book, trauma specialist Ester Goldstein LCSW notes the long-term dangers of trying to “sweep things under the rug.” She encourages parents to allow Moussia’s story to help validate the heavy feelings children inevitably feel in the wake of traumatic loss.

Initially, Rebbitzen Zaltzman felt uncomfortable with the exposure the book’s publishing brought. Now, she gives copies to community members who face the same struggles she faced, and she sees how healing it is for them. “If this can make tragedies a little less painful for the people going through them. That would give a little meaning to the pain that I am going through.”

It’s Not Over When We Say Goodbye is available on Amazon, all proceeds go only to covering the costs of production. To order the book and to support Project Proactive visit www.jproactive.com/childrens-grief