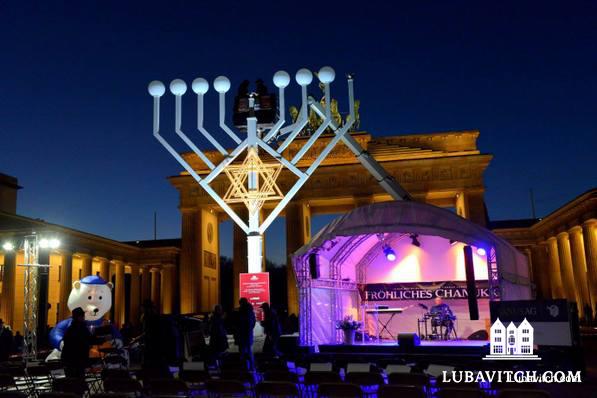 An Israeli national was seriously hurt in a terror attack on a West Berlin holiday market Monday night that left twelve dead and 48 injured.

Rami Elkayam underwent several surgeries. His wife Dalia, who was with him at the market is missing, says the Foreign Ministry. Yakov Hadas-Handelsman, Israeli Ambassador to Berlin, added that the possibility that she was among those who were killed is not being discounted. “We are making great efforts to find the woman,” he told Walla news. “We are checking every possibility in the hope of ruling out also the worst possible outcome.” The couple live in Herzliya and were vacationing in the German capital. Their son and daughter have since arrived in Berlin to help search for their mother and donate DNA samples that will assist in the effort.

Rabbi Yehuda Teichtal, chief rabbi of Berlin, visited Rami in the hospital and is communicating with the family. The victim, he says, is no longer critical, although he has a long and difficult recovery ahead.

Chabad hosted a prayer service Monday evening in memory of those killed in the attack, and for the recovery of the injured. Government officials, and members of parliament attended. “This was not an act of anti-Semitism per se, it was an attack against democracy,” Teichtal said. “These terror attacks in Europe may define a new reality, but we will respond to the darkness with light, which is the message of Chanukah and of the Jewish people.”

Teichtal told lubavitch.com that “security will be stepped up at our Chanukah events, but we will not allow terrorists to instill fear or darken the light and spirit of this important holiday. We will in fact enlarge on our Chanukah programs, and are encouraging people to turn out in greater numbers to celebrate the festival, which after all, is about the triumph of good over evil, dark over light.”

Berlin’s grand menorah lighting will take place at the Brandenburg Gate as it has in years past. This year it will be dedicated to the victims of the attack.

Chabad of Berlin launched a Facebook campaign to encourage people to light the menorah and post Chanukah photos on social media. The goal is to get 1,200 submissions in commemoration of the twelve victims who were murdered.

Update: Dalia Elkayam, an Israeli woman thought missing following the terror attack, was discovered dead on Thursday morning. May her memory be a blessing.

Related Articles
View All
Berlin: Syrian Refugees’ Children Join in Lighting Menorah at Brandenburg Gate
Children of Syrian refugees and Jewish children from the local community participated in the lighting at Germany's Brandenburg Gate. The menorah was kindled by Germany's…
Stapleton Community Unites Across Faiths To Combat Anti-Semitism
After encountering anti-Semitism in their community, Jews and non-Jews unite to show support in Stapleton.
Get Inspiration to your inbox!
Newsletter
Join our weekly newsletter for inspiration and updates
Donate
Find Your Local Chabad Center
Chabad
About Chabad-Lubavitch
About Chabad Lubavitch
The Rebbe
Headquarters
Magazine
Magazine
News
News & Updates
In The Media
Impact
Social and Humanitarian
Social and Humanitarian
Education
Education
Community
Community