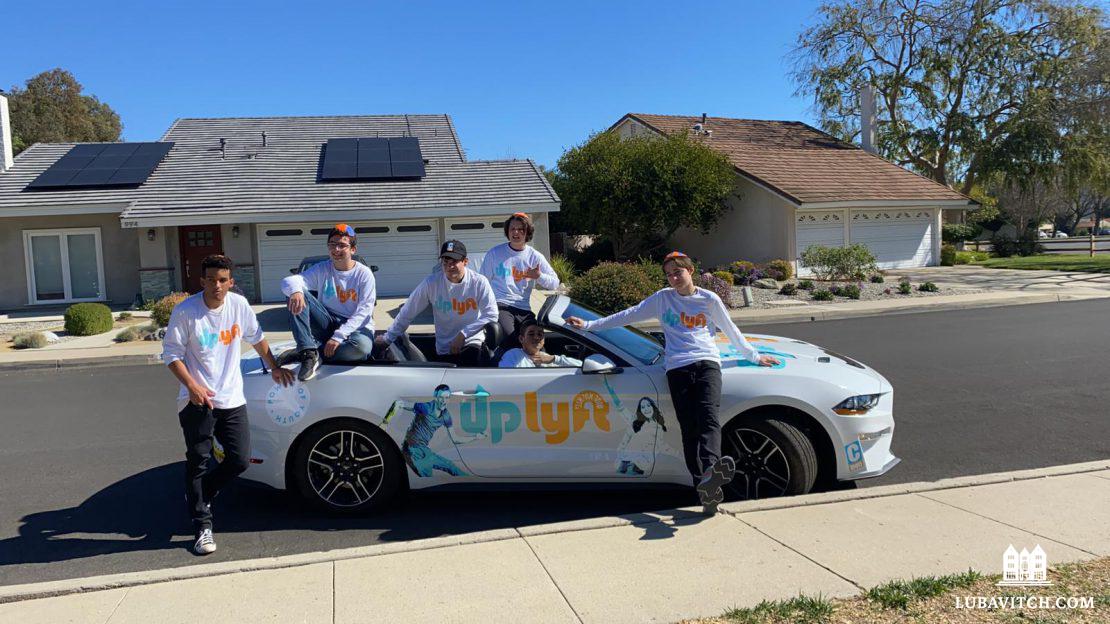 All News
By Estee Hanoka

Teens around the world joined an action-packed weekend for the 13th annual CTeen Shabbaton. Although the event is normally held in Brooklyn, New York, this year’s program went online in a “CTeen Virtual World”. The live event kicked off Thursday, February 18th, in ‘Purple Rooms’, an online platform that allowed each teen to personalize an avatar to participate through. The rooms were filled with workshops, games, and socializing rooms that the teens were able to ‘walk’ through with their avatars, catch up with friends, and gain inspiration.

CTeen aims to create an environment focused on creating connections, humanitarian outreach, Torah study, and observing mitzvot, defined by their slogan, “The Power of Youth”. Their reach spans over six continents, with over 600 chapters in 37 countries. Australia, England, France, Venezuela, Argentina, and Israel are some of the many countries that joined the weekend, with programs that went on at all hours of the day to accommodate the various time zones.

The theme of the weekend was “UpLyft”, which focused on defeating loneliness in a COVID world. Sasha Rubinsky, longtime CTeen member and leader, MC’d the Sunday UpLyft Mega Event. “I live and breathe CTeen,” said Sasha, “the event is something that I look forward to all year. I was sad at first that it needed to go virtual, but the Purple Rooms were so interactive. Thousands of teens joined the event, and so many of my friends from around the world joined to watch me. It was amazing.”

Sunday’s event included a live concert, starring Jewish rock stars Benny Friedman and Nissim Black. An upbeat music video highlighting CTeens from SoCal was presented, a raffle with incredible prizes went live, and a game show was held. The event concluded with a ‘Mitzvah Drive’ dunk tank, featuring Rabbi Chida Levitansky of Sydney, Australia. The teens were encouraged to take on mitzvot aimed at defeating loneliness in their communities and to look beyond their own needs to those of others. A goal of one thousand mitzvot was set to get the Rabbi dunked, but the number was far surpassed, reaching into the four-thousands.

Related Articles
View All
Virtual
After a Dreary Summer, a Ray of Sun
When she opted to study musical theatre in England at Chichester College, Las Vegas native Jessica Plummer didn’t envision spending this summer alone and under…
Virtual
A Jewish School Beyond Borders
Sixth-grader Hadasa Perez has never met her teacher. Or her classmates.   Yet, while parents, teachers, and children around the world are flailing like fish out…
Virtual
20,000 Party For Shabbat
First-ever global pre-Shabbat party brings together families of special needs individuals and celebrities.
Get Inspiration to your inbox!
Newsletter
Join our weekly newsletter for inspiration and updates
Donate
Find Your Local Chabad Center
Subscribe
|
Log In
Chabad
About Chabad-Lubavitch
About Chabad Lubavitch
The Rebbe
Headquarters
Magazine
Magazine
News
News & Updates
In The Media
Impact
Social and Humanitarian
Social and Humanitarian
Education
Education
Community
Community