After a Dreary Summer, a Ray of Sun 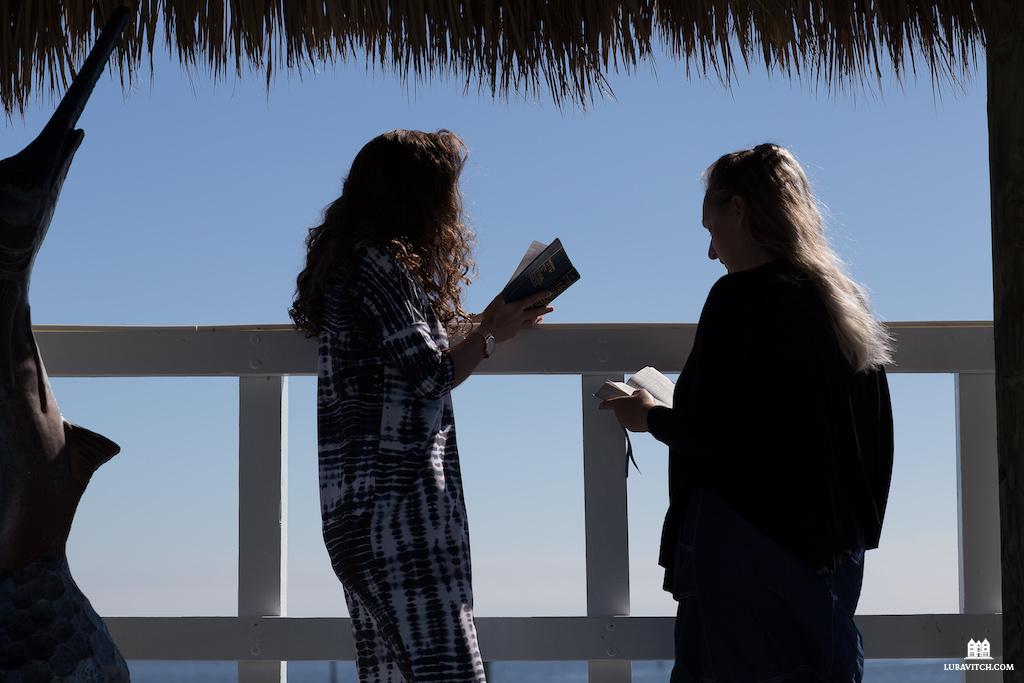 When she opted to study musical theatre in England at Chichester College, Las Vegas native Jessica Plummer didn’t envision spending this summer alone and under lockdown. Usually, Jessica leads an active life, singing opera, acting, dancing, and socializing. But with Chichester, a small city ninety miles south-west of London, in a pandemic-induced coma, her summer was bleak.

Even Shabbat, which had recently become a highpoint of her week, was now spent alone. Jessica grew up in a traditional family, but when she arrived in Chichester two years ago, Judaism started to matter more to her, she says.

Feeling homesick during her freshman year, she looked for a Jewish community. “I felt like if I connected with other Jews it would remind me of my family and home,” she told Lubavitch.com. Her search led her to Rabbi Mendy and Chaya Singer of Chabad of Bristol, a hundred miles north. Soon she was making the two-hour train journey to spend Shabbat with them on a regular basis.

Then came Covid. Jessica stayed in touch with the Singers, but it wasn’t the same. When Chaya told her about “Sun and Study,” an online Jewish retreat for college-age women, Jessica jumped at the opportunity.

The program is a virtual iteration of the popular “Snorkel and Study” retreat run by Bais Chana Women International, a Chabad educational institute founded in Minnesota. The retreat is usually held in Florida, and while they couldn’t virtualize the sunshine, Sun and Study, which ran from August 3 to 7, offered five days of classes, discussions, and peer study groups on the theme “A Crash Course on Your Jewish Soul.”

Jessica, whose only previous experience with Jewish programming was a summer camp where she was made to feel “less Jewish” by her peers, was pleasantly surprised by the retreat’s open, inclusive atmosphere. “Everyone was supportive. The teachers were fantastic—they welcomed questions.”

An intimate peer study group acquainted her with the prayer book she had put aside in frustration months earlier; a class on tzedakah opened her eyes to her ability to give charity even when she can’t contribute monetarily; and another, titled, “Don’t Stress, G-d Has a Plan,” helped her deal with the anxieties of lockdown, Jessica says. After learning about the mitzvah of mikvah, she shared the information with her mother, who discovered a mikvah near their home in Las Vegas.

The Snorkel and Study program usually caps at a hundred students, but with the flexibility of an online forum, two hundred women from Latin America, Europe, Israel, and Australia participated this year. (Over the summer, Bais Chana hosted a thousand women at various virtual programs for teens, single moms and women of all ages.) Program director, Mrs. Hinda Leah Sharfstein, says the pandemic has given rise to “a moment of astonishing openness. It’s challenging everyone’s status quo, and they are hungry for purpose.”

The intensity of the moment, and the program, created friendships that outlasted it. Three evenings a week, Jessica has a group call with Zara from California and Shaina from New York. They read a few paragraphs from a Jewish book and share their thoughts. “It’s amazing,” Jessica says. “We’ve become so close and we have never even met.” Maybe that will change when Jessica heads back to the USA after graduating next spring.

In the meantime, she is savoring the last days of summer. “This overload of connection to my Judaism, my family, and new friendships has reignited my joy.”

Related Articles
View All
Virtual
Annual CTeen Shabbaton Goes Virtual
Teens around the world joined an action-packed weekend for the 13th annual CTeen Shabbaton. Although the event is normally held in Brooklyn, New York, this…
Virtual
A Jewish School Beyond Borders
Sixth-grader Hadasa Perez has never met her teacher. Or her classmates.   Yet, while parents, teachers, and children around the world are flailing like fish out…
Virtual
20,000 Party For Shabbat
First-ever global pre-Shabbat party brings together families of special needs individuals and celebrities.
Get Inspiration to your inbox!
Newsletter
Join our weekly newsletter for inspiration and updates
Donate
Find Your Local Chabad Center
Subscribe
|
Log In
Chabad
About Chabad-Lubavitch
About Chabad Lubavitch
The Rebbe
Headquarters
Magazine
Magazine
News
News & Updates
In The Media
Impact
Social and Humanitarian
Social and Humanitarian
Education
Education
Community
Community