Ancient Texts That Speak To Me: A CRY IS HEARD IN RAMAH

Personal insights to the texts we read during the High Holidays 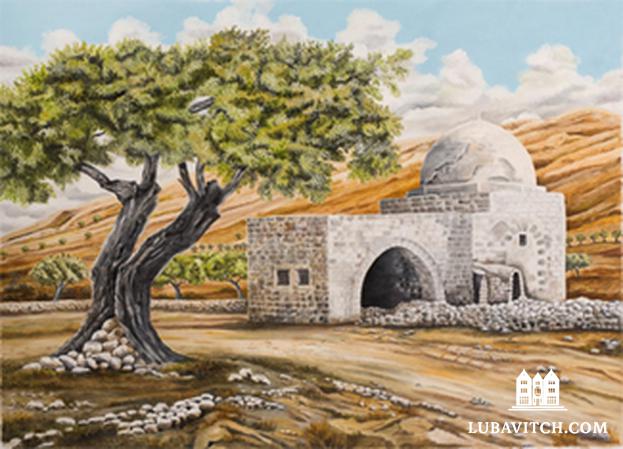 All News
By Rabbi Mendel Kaplan

In the emotionally charged story of Mother Rachel weeping for her children, which we read in the haftorah on the second day of Rosh Hashanah, there is a passage about G-d’s promise of redemption.

Unique among her compatriots, it is Mother Rachel who is hailed in Jewish liturgy and source texts as the Jewish people’s principal intercessor of redemptive comfort. In prayers, songs and biblical stories, she serves as the guarantor that the Jewish people will ultimately be redeemed from their suffering and diaspora.

Why is Rachel the only one of our patriarchs and matriarchs whose prayers on behalf of the Jewish people are heard? Because only she—who had allowed her husband to bring a rival, her own sister, into their home and marriage against the desires of her heart—could finally ameliorate G-d’s fury after his people brought an idol into the Holy Temple. Only Rachel’s petition could elicit Divine mercy towards the nation that had brazenly consorted with foreign deities.

Furthermore, Rachel, alone among the matriarchs and patriarchs, is buried on the road to Bethlehem, not with her husband and the others in the Cave of the Patriarchs and Matriarchs in Hebron. Our sages have long understood her tomb’s unusual placement as a strategic one,  situated in anticipation of the terrible day when the Jewish people would be exiled from Israel under Babylonian rule. So it happened that as they passed by Rachel’s roadside tomb, they prayed that she plead to G-d on their behalf.

To me, this moving narrative underscores the significance of making our own personal petitions to the Divine in conjunction with prayer visits to the Ohel, the sacred resting site of our beloved Rebbe. I go often, and encourage others to do the same. This rousing Rosh Hashanah reading reminds us of the powerful spiritual bond we share with our righteous ancestors and teachers whose eternal spirits live on, and it reminds me of the profound connection with our saintly Rebbe that so many of us feel and know.

As we begin the Jewish New Year, I contemplate the bond we share with those who have come before us, those who lived lives of holiness. It is comforting to know we aren’t in this alone. Together, we can harness the blessings, the promise and the potential of a new year in which we hope to see the realization of our greatest dreams with the coming of Moshiach.

This is an excerpt from Lubavitch International magazine. To recieve your copy visit www.lubavitch.com/subscribe