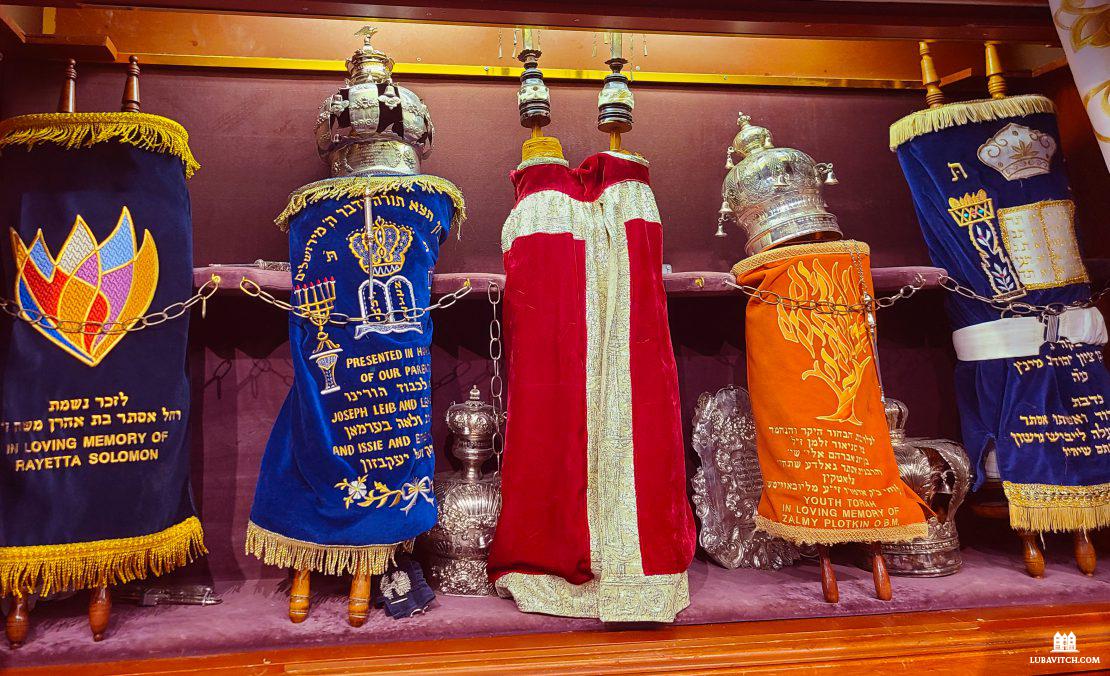 Sam Talati sat in his room two weeks ago, browsing social media. An Iranian immigrant to Canada, the 19-year-old saw posts about the upcoming Simchat Torah holiday and learned of its significance in celebrating the Torah. “Looking at all these posts made my heart beat faster as I realized that although most of my life I wasn’t involved with yiddishkeit, it’s never too late to begin a journey,” he shared with Lubavitch.com.

Then a video titled “Caught By Providence,” posted by Chabad of Markham caught his eye. The video is part of a Facebook series Rabbi Avraham and Goldie Plotkin, directors of Chabad of Markham have been presenting in an effort to lift the spirits of their community since the outbreak of COVID. In each three-minute episode they share stories of “Small miracles in our everyday lives.” The video Sam clicked on shared the story of a 900-year-old Torah scroll given to the Plotkins for safekeeping in the early nineties.

“It was about thirty years ago when an old Sephardic Jew named David Abtan walked into my office and said ‘Rabbi, I need a favor from you,’” Rabbi Plotkin begins the story. David had recently become acquainted with the Plotkins and was impressed with their authentic approach to Judaism and their commitment to Markham’s Jewish community. “I have an ancient Morrocan Torah scroll that has been in my family for about nine centuries. I want to give it to your Synagogue where it will be part of a vibrant Jewish community,” he told the rabbi. Rabbi Plotkin agreed and the scroll was stored in the holy ark at Chabad of Markham.

Written on deerskin, with handles that are hand carved, a royal-red velvet cover and antique pomegranate shaped crowns, the Torah is fragile. All year it sits in the ark, but every Simchat Torah the rabbi holds the Torah in front of the community and tells them of its ancient origins. Then along with the other Torah scrolls, it is passed from hand to hand as everyone dances in its day of celebration.

Not long after gifting the Torah to Chabad of Markham, David passed away.

“Five years ago, we attended a weekend conference in San Francisco, California,” the Plotkins continue their story.  As they sat down to Shabbat lunch, the woman sitting to Goldie’s right introduced herself as Rena. Rena shared that her family had recently become more observant and as her mother came to appreciate the centrality of the Torah she remembered a Torah scroll that had been in her family for centuries. Rena’s uncle was the only one who knew about the whereabouts of the Torah and since he was no longer alive, her mother had been frantically chasing leads to locate the Torah. This uncle had lived in Toronto, would Goldie perhaps help Rena and her mother get more information? “My husband and I looked at each other,” Goldie says. “And asked Rena to describe the Torah.” Sure enough, David’s gift was Rena’s family heirloom. “Out of the two hundred people at the conference, it was an amazing stroke of Divine Providence that we sat next to David’s niece and were able to reunite her family with their history.”

The Plotkins end the video showing the Torah and enjoining everyone to find a way to safely attend Synagogue, or otherwise rejoice with the Torah “that has been intertwined with our People and history,” on its special day.

Sam, who taught himself English so he could get a high school diploma in Canada and is now in a college program studying to become a legal clerk, with hopes of becoming a lawyer one day, watched the video enrapt.

“As Rabbi Plotkin was talking about this Torah scroll, I had a profound and meaningful moment in which I started thinking about all the great sages that had lived during these 900 years and the glorious times and tragedies that had occurred during this time. I thought that despite the fact that all those moments and all of those people have disappeared and faded away, the Torah scroll is still here with Am Yisrael in its complete glory, and it’s still being glorified and loved by so many people,” Sam says. “I came to a massive realization that the scroll is not just a Torah scroll, but rather it’s the Nation of Israel – a nation that has seen and lived in grand and glorious times as well as tragic and horrifying times, but despite all of them Am Yisrael is still here in its complete glory and is a beacon of light for other nations.”

In that moment Sam pledged to get to the Synagogue, to see and touch the Torah scroll for himself “and dance with my Jewish brothers.”

On the Sunday morning of Simchat Torah, Sam made the hour-long trip to Chabad of Markham. It was his first visit to a synagogue since his arrival in Canada three years ago. He met the Plotkins, danced with the Torah and felt the joy of being part of a Jewish community, even with social-distancing restrictions strictly in place. Sam was moved by his visit and he has resolved to attend synagogue again and begin studying more about his heritage. “This profound experience has touched my soul greatly and made me realize that no matter who you are or what your age is it is never too late to start over and follow your heart to do the right thing,” he says.