A Warm Hug on a Cold, Lonely Street 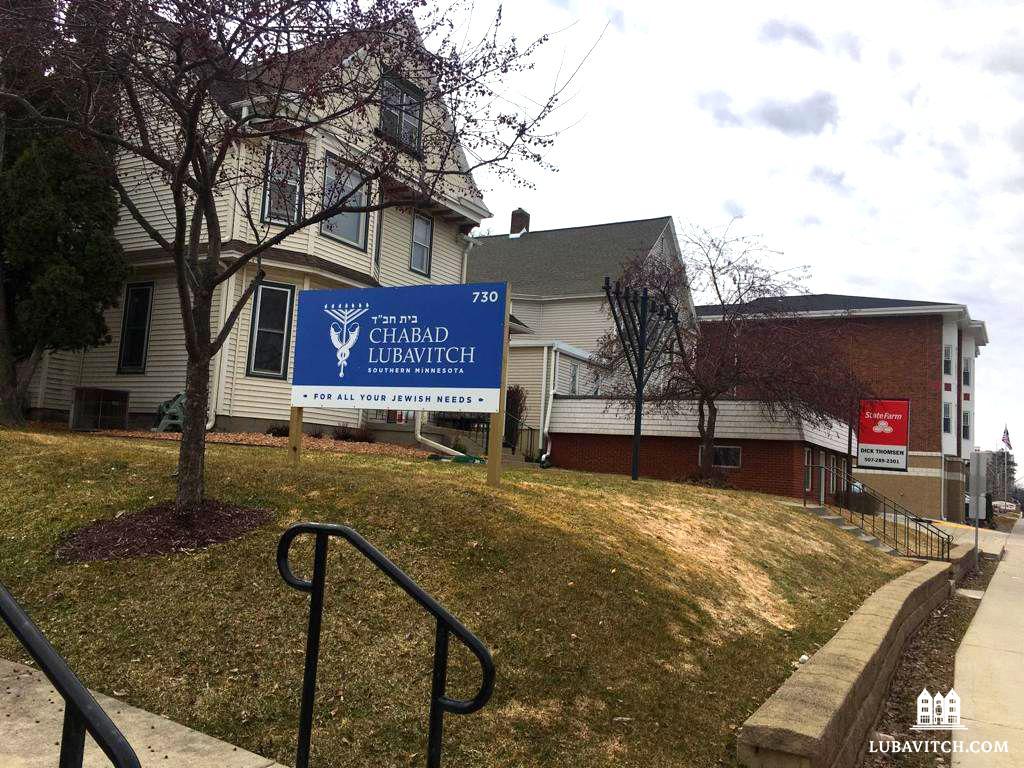 Yiftah and Sigal Geva live in Givat-Ada, a small hilltop settlement in between Tel Aviv and Haifa, in Israel. Here, they share a story of their recent encounter with a Chabad couple six thousand miles away from their home.

About five years ago, I was diagnosed with a genetic disease called hypertrophic cardiomyopathy (HCM), which causes thickening of the heart muscle. My symptoms were mild at first, but in 2019, I almost fainted during a hiking trip in the Negev. I consulted with a cardiologist who reported that my echocardiogram showed a significant blockage in the left ventricle. My doctor suggested septal myectomy surgery, an open-heart procedure where the surgeon removes part of the overgrown septum, the wall between the heart chambers. The Mayo Clinic in Rochester, Minnesota, is one of the best places in the world for this surgery, so we scheduled the procedure for March 25, 2020.

This was before we knew too much about COVID-19 which changed everything. We moved our flight to Minnesota up by a week, worried that we would not be allowed to fly. The airports and our hotel were deserted; stores were closed; and when we arrived at Mayo Clinic, there were very few patients around.

Thankfully the surgery went well, and I recovered pretty quickly. Within a few days, I was walking down the empty corridors unassisted. It was eerie and strange. There were around eighty rooms in that department and only three patients. Of course, there were no visitors. Although my wife was allowed to join me at the pre-surgery screening, when the day of the surgery came, they had already changed the rules, and she was not allowed into the building.

I waved goodbye to Yiftah, and the staff reassured me that they would keep me updated on his progress. And at first, they did; I received an email when he went into surgery, when it was over, and whenever his status changed.

We had booked a hotel room across the street from the clinic so I could spend the day with Yiftah, but now I was on my own, in a hotel room, concerned about my husband. Everything was so different. I am not used to seeing thirty-three degrees Fahrenheit on the weather forecast. Hebrew is my mother tongue, but here I was surrounded by English, and I felt so alone. On top of that, because of the pandemic, we constantly had to reconsider everything: How long would they let Yiftah stay in the hospital? Would there still be flights to return to Israel? Was it safe for us to fly? The hotel wasn’t even sure how long they would be open to guests.

And Pesach was coming. I am not a religious person, but my traditions are important to me. We had planned to fly to New Jersey to do the Seder with friends, but obviously, we would have to scrap that plan.

It was Friday afternoon, two days after the surgery, and I was getting frantic. The hospital had stopped updating me. I needed to find a bigger place to stay so I could care for my husband and prepare some kind of Seder—though I didn’t know where I would find matzot, or Pesach foods.

“You need to get out of the hotel room,” a friend told me. “Go for a walk and look around the city.” So I did. I walked through the cold streets of Rochester, despondent and lonely. As I turned around to go back to my hotel, suddenly I noticed a sign that said “Chabad House.” I thought it was an illusion, but then I noticed a man who was clearly a rabbi walking around outside the building, talking on his phone. I got so excited; I began to wave and call out, “Shalom! Shalom!” Eventually, Rabbi Dovid Greene looked up, “Are you talking to me?” he asked.

It was late on Friday. It was getting colder, and the sky was darkening, but the rabbi listened to my story. We talked for a long time, and he reassured me that he would help me find a house to stay in, and arrange all that I needed for Pesach. His wife, Chanie, came out too, and even in the middle of the last-minute Shabbat preparations, they took the time to reassure this obviously not religious woman whom they didn’t know at all. It was the most special Kabbalat Shabbat ever. More than the technical details with which they offered to help, it was like getting a warm hug—everything they said strengthened me and calmed my fears.

As I walked back to my hotel, everything had changed for me. I knew I was not alone, I knew I could manage.

The next week, we found a house, and the rabbi told me to send him a list of everything I needed for Pesach. By the time Yiftah was discharged the next Friday, a few days before Pesach, I was all set up and welcomed him home with a bowl of homemade, hot soup.

With the groceries Rabbi Greene purchased for me, and the Chabad on Call seder-to-go kit he delivered we had all we needed for a beautiful seder. Ironically my sisters-in-law in Israel were frantically posting on our WhatsApp group trying to figure out what they needed for the seder so I shared with them a picture of the guide included in the seder-to-go kit. Though I was far away, thanks to Chabad I was the one with the information.

When we returned to Israel, friends asked us how we managed to do Pesach in Minnesota in the middle of the COVID pandemic. I said, “What do you mean? G-d sent me a rabbi who had a solution for all of my problems.” If I would meet a rabbi in the streets of Haifa, or Tel Aviv, I’m not sure it would go so well, but there, it was like walking in a parched desert and suddenly finding water.

Related Articles
View All
Hospital
Lubavitch.com Launches New Podcast
Lamplighters: Stories From Chabad Emissaries On The Jewish Frontier is a bimonthly podcast focusing on Chabad emissaries, or shluchim, their personal struggles and the people…
Hospital
A Stranger in the Land
I had never seen thirty-three degrees Fahrenheit on the weather forecast. My English isn’t great, and I felt so alone.
Hospital
Virtual Hugs for the Hospitalized
Rachel* clutched the package close to her chest, in her room at Morristown Medical Center. In the hospital for a month as she is treated…
Hospital
NYU’s Longest COVID Patient Released
“This is the moment I have been praying for from the moment I woke up at NYU this summer,” said Rabbi Yudi Dukes, Thursday, appropriately,…
Get Inspiration to your inbox!
Newsletter
Join our weekly newsletter for inspiration and updates
Donate
Find Your Local Chabad Center
Subscribe
|
Log In
Chabad
About Chabad-Lubavitch
About Chabad Lubavitch
The Rebbe
Headquarters
Magazine
Magazine
News
News & Updates
In The Media
Impact
Social and Humanitarian
Social and Humanitarian
Education
Education
Community
Community