A War And a Wedding 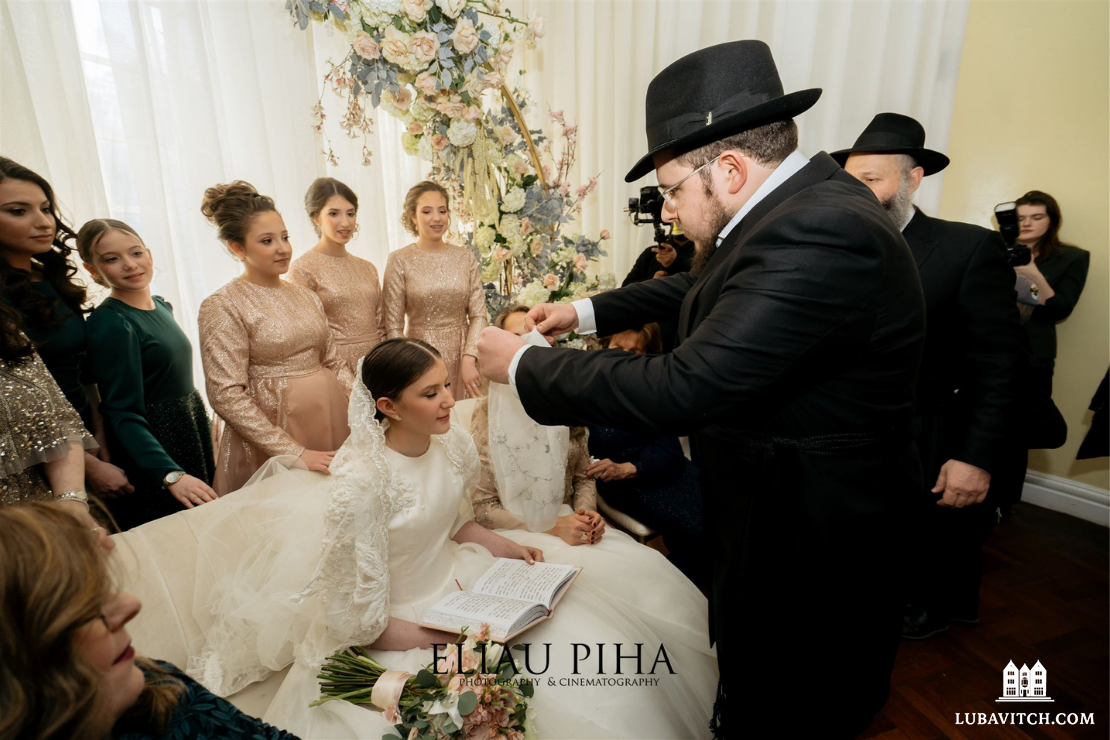 The bride is from Russia. The groom, from Ukraine. Six hundred and fifty Jews from Kamenskoye, Ukraine, and Samara, Russia, were counting the days down to March 3, when the children of their Chabad shluchim — children they’ve watched grow up — would be wed under the chuppah canopy.

Both sides would meet at the Menorah Center in Dnipro, Ukraine, for the wedding celebration. For the bride’s side, it would take three flights from Samara to Dnipro. The groom’s family and community would make the seventy-two-mile drive by car. All the plans were in place.

Meny, the groom and the eldest child of Rabbi Levi and Dina Stambler, grew up in Kamenskoye, Ukraine, an industrial city on the Dnieper River, where his parents have been Chabad emissaries to a community of three thousand Jews since 2002. The bride, Rikel, is the daughter of Rabbi Shlomo and Dina Deutch, who have been leading a community of five thousand Jewish families in Samara, Russia for the past twenty five years. It was a match made in heaven.

The young couple was engaged in December 2021, and in traditional Chasidic fashion, planned for a relatively short four-month engagement. During this time, Meny and Rikel would be based in New York, where Meny was studying and Rikel was working. Anticipation for the big day was building.

As the wedding day grew closer, there were rumblings about a Russian invasion. But the families stayed focused on the wedding. Even as reports surrounding the possible crisis reached a fever pitch, they were hopeful that tensions would quickly subside. The wedding was on.

Thursday morning, exactly a week before the wedding date, Meny’s parents — Levi and Dina Stambler–awoke with a start to the sound of bombs falling on the nearby Dnipro airport. The phone began ringing incessantly. Panic and fear swept through his community. Levi and Dina shifted gears and turned their focus to the most vulnerable members of their community. Securing food packages for the needy and purchasing provisions to stock up the synagogue’s stores was now the immediate concern.

Updates came fast and furious. A humanitarian crisis was quickly unfolding. The Stamblers were deluged with calls from hundreds of community members looking for direction and support. Some families were fleeing for the borders. Others hunkered down looking for a safe bomb shelter. Dina received a call from a frantic pregnant woman in her community — her water broke, weeks too early, due to the stress. Dina quickly networked to arrange for emergency medical transport and care.

Amid the chaos, the Stamblers agonized over what to do about the wedding. Making it in Ukraine was no longer feasible; but, per tradition, postponing the wedding was not an option. The bride and groom, who were set to travel from New York to Ukraine, were advised to stay put. Should the Stamblers leave their community, in crisis, to travel to New York for the wedding? Could they? “We were incredibly torn between our core mission as Chabad emissaries to serve our community through thick and thin, and the desire to be with our son on his wedding day,” says Dina Stambler.

In Russia, the bride’s parents were similarly torn. No longer able to defer the decision, they agreed to move the wedding to New York, far from the conflict. Urged on by their community to be with their daughter on her wedding day, they too, resolved to leave. Their family in New York took charge of making arrangements for a wedding there. Calling in favors from friends and strangers, they worked frantically to book a wedding in under a week.

The Deutches attempted to leave Russia on Thursday, but flights were full. On Sunday morning, they traveled with two of their eleven children to the Moscow airport. Osher, their fourteen-year-old son, was held up at customs and was denied entry to the flight. He was left behind. Those who made it boarded Aeroflot Flight 124, a nine hour-flight from Moscow to New York.

Meanwhile, nine hundred miles away, the Stamblers stayed with their community in Ukraine through a tense Friday and Shabbat, in constant touch with with their colleagues in crisis across the country, and doing whatever they possibly could to prepare their community for what lay ahead. They planned to take a train to Lvov and then cross the border to Poland.

On Sunday morning, they, their two young daughters and the Deutches’ twelve-year-old son, who was studying at a yeshivah in Ukraine, piled into a car with a hired driver. Their twenty-one-year-old son, Shmulik, remained behind at the Dnipro Yeshivah..

Along the way, news of refugee overload at the Polish border reached their ears. So instead,  they headed southwest, on a thirteen-hour drive to Moldova. The roads were perilous, praying that uniformed soldiers at the next checkpoint would not stop them. They finally crossed the Moldovan border to safety. From there, the Stamblers drove another seven hours to Romania, where they caught a flight to Warsaw, Poland. From there, they boarded another flight to New York.

The Deutches’ journey was just as perilous. Six hours into their flight from Moscow to New York, as the plane approached North America, Canada closed its airspace to Russian airlines. Their flight was forced to make a u-turn and fly back to Moscow. Family got word of the flight’s return to Russia, and with time running out and air spaces shutting down one after the other, they scrambled to find the Deutches an alternate route.

While waiting for the Deutches to land, the family in New York made tentative plans to get them on flight to S. Petersberg, followed by a five-and-a-half-hour drive to Helsinki, Finland. From there, they would take a flight to New York. Osher, their fourteen-year-old son who missed the flight, rushed back to the airport to join them. But soon after the Deutches landed in Moscow, they found out that Helsinki had closed its border. One could only enter by flight or train; but it was impossible to get onto either for at least two weeks.

Running on pure adrenaline, planning a wedding and attending to their community in Samara at every spare moment, the Deutches got onto a flight from Moscow to Tashkent, Uzbekistan. There, they had an eight-and-a-half-hour layover, where the local Chabad reps provided them with lodging and food. Following this brief respite, they boarded a flight to Istanbul, Turkey. From there, the made their final connecting flight to New York the day before the wedding.

Meny’s brother, Shmulik, who had stayed behind in Ukraine also miraculously made it to New York. On Tuesday, he joined the Dnipro Yeshivah as they evacuated to safety. Upon hearing that the Yeshivah’s bus had made it across the border to Moldova, Dina Stambler breathed for the first time in days — all of her children were out of the war zone. Thoughts could finally turn to the wedding itself. American friends stepped up in a big way with a flurry of activity to prepare a wedding in record time.

Early Thursday morning, on the day of the wedding, amid wedding preparations, Dina Stambler was busy arranging food distributions to community members still in Kamenskoye, and connecting women and children with resources to escape.

That evening, the young bride and groom stood under the chuppah, surrounded by their parents. As all parents do under their children’s wedding canopies, they prayed, their hearts bursting with bittersweet joy. On Zoom, they were joined virtually by members of their beloved communities who were sheltering at home, or who had, in under a week, scattered to all corners of the globe. Chasidic music pulsed through the wedding hall in Queens, New York, as the families danced. Joy, relief for the moment, mixed with concern of the unknown facing them and their communities.