A Rock From Dachau At A Massachusetts Menorah

A reminder to an emissary: you’re not doing this alone 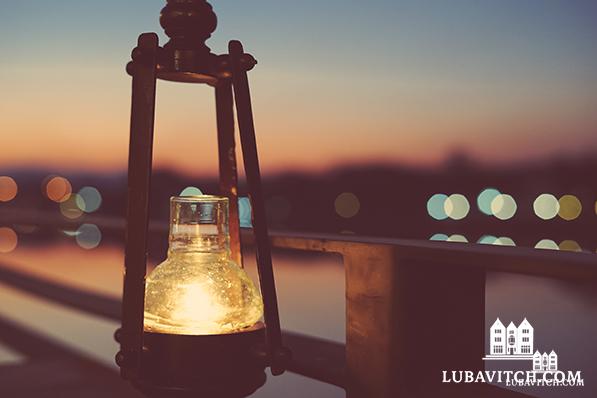 All News
By Rabbi Michoel Green

This story was originally posted to my Facebook page and went viral. The feedback from people, Jews and non-Jews who read the story, was overwhelming. Last night, in response to the message, a crowd gathered at the Shrewsbury Town Common menorah to watch and celebrate the kindling of the lights. One woman told me she had been debating if she should light her menorah if her kids were not home that night and she was all alone. But was she? Here’s the story that inspired many, including those who thought they might be alone and those whose faith in the brightness of the future was marred by the darkness of the past. —Rabbi Michoel Green, Chabad of Westborough, MA

For the past seventeen years, we have had a well-attended grand menorah lighting ceremony at Shrewsbury Town Common, a public square in Shrewsbury, Massachusetts, on the first night of Chanukah. But the menorah stays put the entire Chanukah and I light it myself for the rest of the eight nights. Sometimes, people gather to watch. Sometimes, it’s just me, lighting the kerosene lamps and wondering how the lights would change the lives of passersby today.

And wondering when the town would finally install electricity on this part of the plaza so I wouldn’t have to schlep down to light the kerosene flames with all the labor involved.

Two nights ago was one of those times. Or so I thought.

As I finished kindling the lights and began packing up my ladder and lighter, a man approached me.

“Are you the rabbi who lights this menorah every day?” he asked.

“Thank you for doing this,” he said. “I’m not Jewish, but I really appreciate the gesture. May I give you something as a token of appreciation? Please wait here for a minute.”

He ran to his car parked nearby and I wondered what he could possibly be giving me. He returned with a small lucite box that contained a stone glued to a miniature pedestal.

“This rock is from Dachau,” he explained. “My grandfather helped liberate it in 1945. I went there several years ago to see it for myself. Please accept this rock as a keepsake. No one ever forget what happened there.”

It turns out that his ninety-five-year-old grandfather and namesake, R.F. Gouley, a veteran of the U.S. Seventh Army’s 45th Infantry Division, is alive and well, and still living here in town.

“Can we ask your grandfather to speak for our community about his experiences?” I asked.

He replied that his grandfather still cannot speak about the horrors he witnessed. A rock from the concentration camp would have to suffice.

After the obligatory selfie, he thanked me again for lighting the menorah in town and I thanked him for teaching people about his grandfather’s experiences. More importantly, I asked him to convey my deepest gratitude to his grandfather for liberating my fellow Jews who survived the horrors of the first Nazi concentration camp. 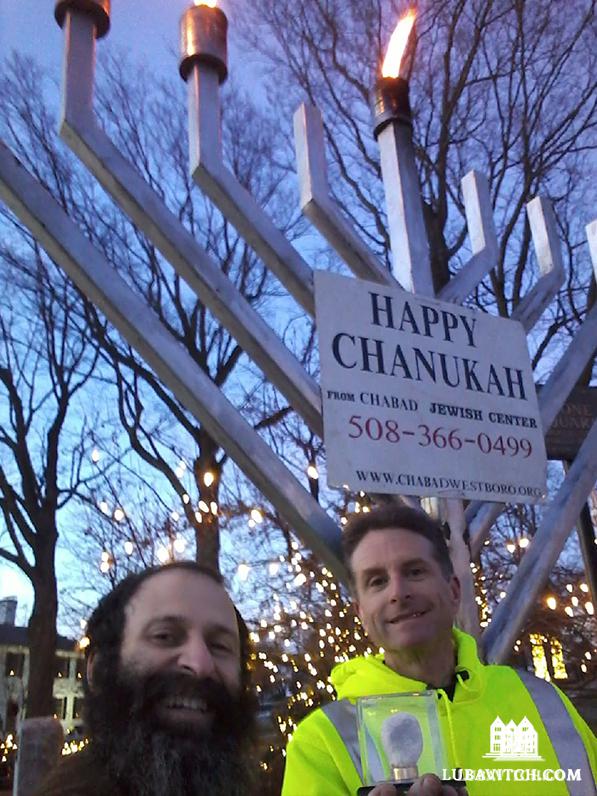 I returned to my van clutching a rock from Dachau in one hand and my menorah lighter in the other and I couldn’t help but consider the significance of this fortuitous encounter.

I felt as though the souls of the martyrs murdered at Dachau had sent me greetings. A rock that witnessed untold horrors and the darkest crimes against our people needed to also see the light of our nine-foot menorah proudly illuminating the town square. From darkness to light.

No, I’m not alone when I light the menorah. I am not just one individual doing a mitzvah. Even in snow, sleet, or subzero temperatures, it’s never just me. I am accompanied by all my ancestors from the Maccabees until modern times.

I represent my people, our past and our future, each hero and heroine who fought to live as a Jew, each martyr who died for being a Jew. They are all with me.

I am joined by the sixth Lubavitcher Rebbe, Rabbi Yosef Yitzchak Schneersohn, who fearlessly fought to preserve Judaism in the dark days of Stalinist Russia. And I am accompanied by our seventh Rebbe, whom I represent here in town as his personal emissary, the faithful shepherd of world Jewry who rekindled the menorah of our people from the embers of the Holocaust.

These kerosene lamps that I faithfully kindle each night are no mere “festive lights.” They bear testimony to the Rock of Ages, to G-d. Let that rock from Dachau witness the Rock of our Salvation, maoz tzur y’shuati.

Our light is unstoppable.

Our light will ultimately succeed in illuminating the world, in chasing away the darkness.

Think about that when you light the menorah in your own home for the next nights. It’s not just you. You are not alone. You are part of something awesome and invincible.

You are a modern-day Maccabee and your light will prevail. 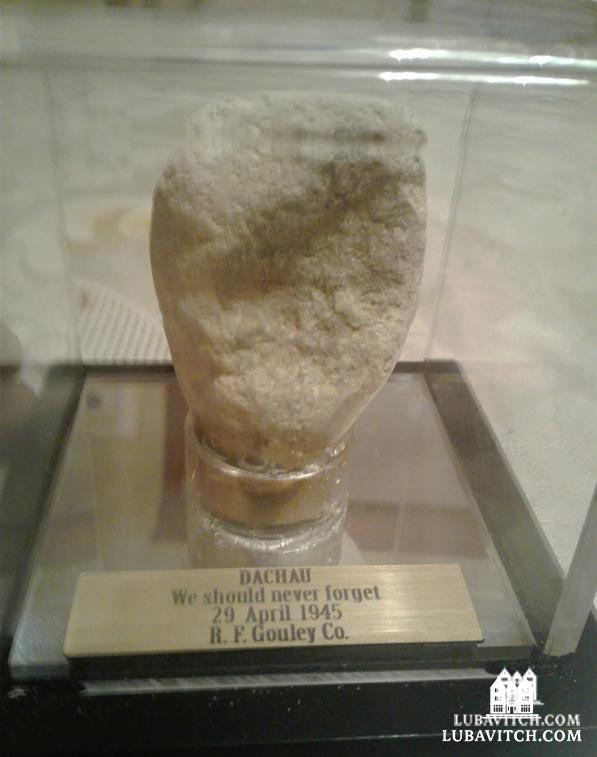