A First for Jewish Inmates in a Texas Prison: High Holy Days Plus Sukkot 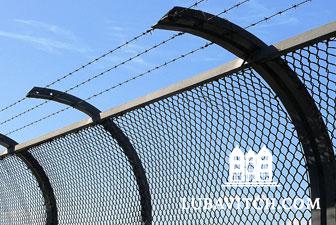 While religious books are being purged from federal prison libraries, a Texas state prison hosted a prayer service, complete with two Chabad rabbis and a Torah scroll on Rosh Hashanah.

Twenty-five men, clad in the white pajamas that are Stringfellow Unit’s uniforms, raised their voices in prayer, humming along when words were unfamiliar. Afterward, D.G., a Jewish inmate, sent a letter from his cell in the Texas Department of Criminal Justice (TDCJ) to Chabad of Houston’s associate director Rabbi Dovid Goldstein with his thanks.

“A thousand blessings to you and your family. It was without a doubt the best Rosh Hashanah in history since we were incarcerated.”

While many prisons allow inmates to gather for prayer services, allowing rabbis in to lead holiday services and serve holiday meals is out of the ordinary. Stringfellow’s brass went a step further by allowing the rabbis to sleep over in a spare room of the guardhouse.

Enthusiasm for accommodating religious needs has gained momentum since the creation of a Jewish Enhanced Unit on premises in 2005. Kosher food and pastoral care are part of life in the Jewish unit. They gather for services and Rabbi Goldstein’s weekly Torah class, based on Chabad’s Jewish Learning Institute (JLI) curriculum. Volunteers from Houston make the 45 minutes to Rosharon to give the inmates Challah before Shabbat.

“I have seen several guys in the unit who once had very little Jewish knowledge, grow with each other in their dedication to learning, reading Jewish books, praying,” said Rabbi Goldstein. For his advocacy, Rabbi Goldstein has been named Consulting Rabbi for the Texas Department of Criminal Justice.

As extensive as the program has become, it does not yet compare to other official faith based programs with separate dorm space.

Because the program is so new, every step – securing permission for holiday programs and the like – is an innovation that requires a lot of explanation. “Every meeting is like a class. We talk about why we do this, what the symbolism is,” said Rabbi Goldstein. “You have to prove who you are, and stand up for what you represent, and they respect you.”

The meetings for the High Holiday services started back in June. With all the permissions in place and signed off, the right rabbis to lead the services had to be found. “They have to be dedicated, because inmates require a lot from you, and sweet, because severity will shut the inmates down.”

“Personally, I would rather be with such people than in a regular shul,” said Yosef Vidal, 21. “You actually feel that you helped them out. They were really touched to have us there.”

Rosh Hashanah kicked off what should be a year of great progress for religious expression in Stringfellow. Mendel Vidal will be returning for Yom Kippur services. The following week, a sukkah hut will be built on grounds for the weeklong holiday of Sukkot. By the end of the month, if all goes according to schedule, the prison’s on-site cannery, which processes the sweet potato, corn and beans served throughout the state’s penal system, will be certified kosher.

Life for Jewish prisoners has come a long way since Chabad of Houston’s outreach director Rabbi Moishe Traxler began visiting Texas jails three decades ago. “It’s part of the Lubavitcher Rebbe’s message: No Jew will be left behind. Every Jew counts.”

In his letter, D.G. went a step further when he wrote, “Since our experience with Chabadniks has been so positive, we believe that we should be a mandatory pit stop. If you want to become ordained, you have to come spend Shabbos with us.”