A Canceled Bar Mitzvah, A Heartwarming Wave Of Support 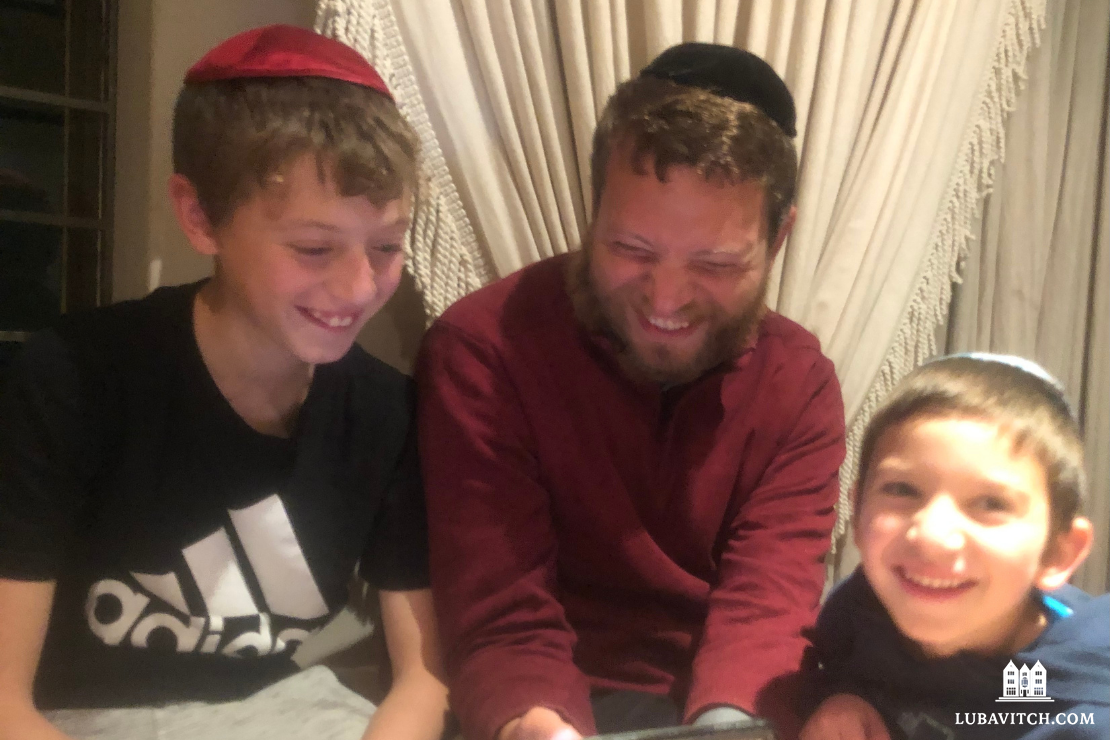 As the Delta Variant fueled South Africa’s third and most severe Covid-19 outbreak this year, the Jewish Community in Johannesburg went into shutdown. Gedaliah Kievman, the son of Chabad emissaries, looked forward to his bar mitzvah on Shabbat July 3. He had spent a year preparing to read his Torah portion on the Shabbat. But as schools and synagogues across the country closed, Gedaliah’s anticipation turned to disappointment. His big event, with friends, classmates, and community, would not happen as planned.

Instead, Gedaliah’s parents, Rabbi Avi and Batya Kievman, planned a smaller celebration with their extended family, who intended to fly in from abroad for the occasion. At least there’d be close family to celebrate Gedaliah’s rite of passage.

But days before the first of their relatives were due to arrive, the entire family tested positive for Covid-19. Gedaliah himself became ill, effectively dashing any hopes of anyone outside the immediate family sharing in his celebration.

As Gedaliah recovered in bed, his phone sprang to life with a ping. “Mazel Tov Gedaliah!” And then another, and another. Whatsapp, text, and voice messages came in quick succession. Ten, twenty, thirty bar mitzvah greetings from Gedaliah’s friends and the families of Chabad emissaries in Johannesburg. And then, “Mazel Tovs” from kids he didn’t know in summer camps in Israel and the United States. Creative audio and video messages from around the world celebrating Gedaliah’s bar mitzvah bounced off his screen. Gedaliah was giddy with delight.

His parents were too. They had not been expecting such an outpouring of support. But their Chabad colleagues who had heard that the Kievmans had to cancel their son’s event, would not let it pass without celebration.

Word spread rapidly through the Chabad social media network, and the instinct was natural. “That all these people took the time and energy to send uplifting words to perk up one disappointed boy was just so heartwarming and meaningful,” said Batya, Gedaliah’s mom.

Gedaliah will cherish these bar mitzvah greetings. One, in particular, he said, drove home an important message. It said, “You thought you were planning your bar mitzvah, but it turned out that G-d himself planned your bar mitzvah.”

On that Friday afternoon, Gedaliah watched and listened to the messages. He printed all the letters and notes to read them on his bar mitzvah Shabbat itself. “By then, we were all, thank G-d, feeling much better,” Batya said. “So we were able to experience Shabbat with all the meaning we put into it.”

It reminded her and her family, said Batya, that no matter how far away they are geographically, serving as the Rebbe’s emissaries has blessed them with “belonging to a giant family.” And a happy one too!

Related Articles
View All
Lifecycle
Bar Mitzvah Lessons, 21st-Century Edition
Rabbi Aryeh Weinstein has seen the damage left in the wake of careless bar and bat mitzvah lessons.
Lifecycle
Against All Odds, Kharkiv Jewish Community Welcomes a New Member
The war-weary city fell silent for a moment as the Jewish community gathered to welcome their newest member.
Lifecycle
Good Deeds for Daniel Perelman
After a young man passed away in an airplane crash, his Wisconsin community is coming together to do mitzvot in his memory
Lifecycle
A Funeral & a Bar Mitzvah
After Naomi Rosenberg’s funeral, Rabbi Alter Korf brought her dream true by celebrating a bittersweet Bar Mitzvah with her two sons
Get Inspiration to your inbox!
Newsletter
Join our weekly newsletter for inspiration and updates
Donate
Find Your Local Chabad Center
Subscribe
|
Log In
Chabad
About Chabad-Lubavitch
About Chabad Lubavitch
The Rebbe
Headquarters
Magazine
Magazine
News
News & Updates
In The Media
Impact
Social and Humanitarian
Social and Humanitarian
Education
Education
Community
Community