10 Things to Know Before Sending Your Kid to Chabad Camp 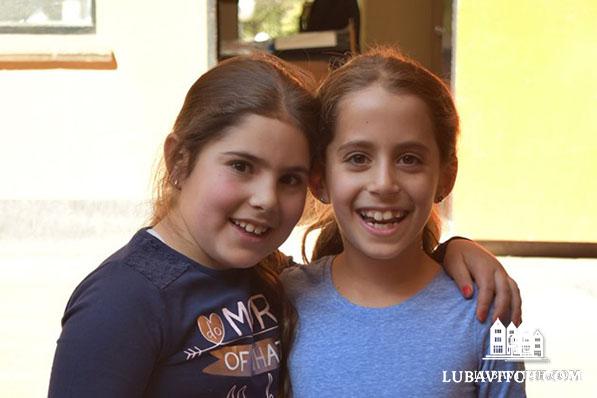 Summer is here, school is out and if you’re one of the thousands of parents who have enrolled their kids at your local Chabad camp, we think there are some things you should know.

1. You’ll be part of the world’s largest Jewish camp network.

With overnight and day camps at around 800 locations on six continents (none in Antarctica yet), the Camp Gan Israel network is the largest in the Jewish world. In 2019 the Federation of Jewish Communities ran Gan Israel camps in over 80 post-Soviet countries.

The oldest CGI, or Gan Izzy as they are affectionately known, opened in New York’s Catskill Mountains in 1956. Noting the long break in school studies, the Lubavitcher Rebbe saw an opportunity for Jewish children to utilize the summer weeks to gain Jewish immersion in a way they couldn’t with the pressures of the school year.

The camps are named for Rabbi Israel Ba’al Shem Tov, the founder of the Chasidic movement who was known for his love for every Jew, no matter their background or scholarliness. The Ba’al Shem Tov began his teaching career by rounding up the village children and escorting them to the cheder (schoolroom) for their studies. The love and cheer with which he approached this task is the precedent on which Camp Gan Israels are built.

“It’s more than just a camp here,” says twenty-year-old Moshe Rosenbaum who grew up in Melbourne, Australia and is spending this summer as a counselor at CGI of Los Angeles and Beverly Hills, in California. “We take every opportunity to teach the kids about Judaism while having fun. We’ll make up fun songs as we’re walking around an amusement park and suddenly the kids are singing Jewish words without even realizing they’ve learned something.”

Jewish immersion is intentionally planned into the CGI day. From group names that combine a Jewish idea with a fun theme, like Mitzvah Markers, or Brachot Builders, to camp cheers interwoven with Hebrew phrases. From three-legged races that lead to a discussion on cooperation to mezuzah holder and Shabbat candle craft projects. CGI is an opportunity for children to engage with the charm and fun of their heritage.

As a young Israeli immigrant to the U.S., Yuval Golan attended public school, yet he still remembers the positive experience of summers at CGI and says it factored into his decision to enroll his children in Jewish day schools. “But that’s not enough,” he says. “It’s still so important to me that they go to camp and reinforce everything they learn in school in a fun way.”

A 2011 study commissioned by the Federation for Jewish Camp, led by sociologist Steven M. Cohen found that alumni of Jewish camps, when compared to Jews of similar family, educational and denominational backgrounds, show higher levels of Jewish engagement in everything from ritual observance, to Jewish charitable giving, to marrying within the faith.

5. It will give them pride in their Jewish identity.

“I’m a Jew and I’m proud and I’ll sing it out loud,” the lyrics of this song composed over thirty years ago by counselors at Camp Gan Israel in Long Beach, California still ring out from the mouths of campers across the globe. With a 2013 Pew study showing a drastic decline in Jewish identity, this sense of pride is more important than ever.

“The thing I most enjoyed about camp as a kid was being together with other Jewish kids. We were like a little village where we all practiced the same thing and had fun doing it,” says Sarah, Moshe Rosenbaum’s eighteen-year-old sister who joined him at CGI of L.A. and Beverly Hills as a counselor in the girls’ division.

6. And teach them social responsibility.

Lorelei Black enrolled her daughter in camp at Chabad of North Brooklyn five years ago and has been coming back ever since as the yoga and sports director. “We love Camp Chabad,” Lorelei says. “I’ve learned so much from being here. Whether in the park or in the classroom, the counselors always encourage the children to think about those around them.”

This sense of responsibility for others and for the environment was illustrated last week when campers in Grass Valley, California visited a historic cemetery, the resting place of the area’s 1840s Gold Rush-era Jewish community members. Campers learned about the Jewish history of their city and then, armed with gloves and plastic bags, they picked up leaves and cleared the headstones. “It lead to discussions on Jewish identity and our responsibility to those who came before us,” says camp director, Chyena Yuzewitz.

Shimi Marom, whose son attends CGI of Greater Chicago notes this too, “Every detail of the camp is based around Jewish culture and educational values with a focus on sharing, tolerance, and sportsmanship.”

Shimi appreciates that his son who is not religiously observant at home, gets to interact with Jews across the spectrum of observance. “The camp acts like a community and is completely family-based. Everyone is there with the same goal: to celebrate our Jewish culture.”

Lorelei, who was raised Russian Orthodox and only discovered her Jewish identity as an adult, says she “walked in with a cross around my neck and Leah Lein, the camp director, accepted me and my daughter. She had the patience to let me figure things out on my own. Leah doesn’t compromise on her Jewish values, yet she treats everyone the same, from the tiniest child to their parents and grandparents; she welcomes everyone as they are.”

This inclusion doesn’t just run the spectrum of observance, but also of ability. There are designated camps for children with special needs like the camp for Deaf teens and Friendship Circle camps for those with special needs, but all CGIs do their best to be inclusive and accessible for all children. At Camp Emunah, a girls overnight camp in the Catskills, directors built a special accessible bunk house so campers of all abilities could enjoy the same camp experience as their peers. They also created the Sunshine Circle which pairs a designated aide with every camper who needs an extra hand participating in camp activities.

Liora and Michal Haimoff are nine-year-old twins who love attending CGI in Queens, New York, together. Michal has cerebral palsy and requires a wheelchair, yet “she feels so welcome at camp. It is an accepting and loving place for her,” says the girls’ mother. Gan Israel gives Liora the chance to spend the summer with her sister, who generally attends special programs designed around her needs. At CGI, they get to do everything together—even sports. “The sports instructor challenges Michal on her own level, but she always participates in the games. It’s phenomenal.”

9. The counselors are one-of-a-kind.

We interviewed Moshe while he was on his lunch break, but there were still campers around. When eleven-year-old camper Dylan Zar heard us ask what was the best part of camp, his answer was instant. “The people,” he said. “The counselors are the best part of camp and Moshe is the number one person.”

Any director will tell you that the counselors are the main ingredient of a successful CGI. Sarah falls back on the model her counselors at CGI of Melbourne showed her as she now leads her own campers. “They had the perfect balance between fun and discipline. I try to let the campers have the best time while also keeping them safe.”

“The counselors at Chabad bring patience, tolerance and kindness,” Lorelei says. “They treat the kids with respect and love, the way G-d wants us to treat all humans.”

A recent report by the Federation of Jewish Communities in the Former Soviet Union showed that while twenty years ago, CGI staff were imported from abroad, in 2019 ninety-five percent of them came from within the FSU. The vast majority of their staff pool is drawn from Gan Israel alumni.

CGIs around the world experience a similar phenomenon, where it is estimated that at least ten percent of Gan Izzy attendees are second and third generation “legacy” campers and like Moshe, Sarah, and Yuval’s daughter, Kayla, many campers return later as counselors or directors themselves.

In fact, Moshe and Sarah are third generation CGI counselors. Their grandmother, the late Gitel Weiss was a teenager when she discovered Gan Izzy for the first time. “I saw a dynamism in Judaism there that I hadn’t experienced elsewhere,” she once said, “and from that moment I was hooked.” A few years later, she would take up the reigns of CGI Overnight Camp of the U.K. which she directed with her husband Rabbi Sholom for thirty years.

“It’s in our blood,” Moshe says. “But I honestly feel that I gain at least as much as the kids. I get to be in the high energy camp atmosphere. I enjoy watching the kids grow throughout the summer and I learn responsibility and the skills to work with children.”

Rabbi Meir Greene, who was once Yuval’s counselor and is now Kayla’s director at Gan Israel of the Valley, in Encino, California says, “On the first day, parents come with such enthusiasm that I sometimes cannot tell who is more excited—the parents or the children.” There is something about CGI that stays with the campers long after they’ve left and have children of their own. “One camper showed up with her mother’s old camp booklet. Her mom had saved it all those years for her daughter.”

Click here to find a Camp Gan Israel near you.

Related Articles
View All
Illness Doesn’t Disrupt Israeli Children’s Summer Fun
It’s Firefighting Day at the Lev Chabad day camp at Meir Hospital, and four-year-old Shira Maatuf is impatient for activities to begin. She has been…
Chabad for the Deaf Celebrates One Year
Based in the central Israeli city of Rishon Lezion and directed by California-born Rabbi Yehoshua Soudakoff and his Israeli wife Cheftziba, this unique Chabad center…
The Best Traveled Teenagers in the World
When she turned 16, Nechama Zukin of Rio de Janeiro, Brazil, caught the travel bug. Summer stints as a camp counselor in Pennsylvania; Chernigov, Ukraine;…
Camp Gan Israel: Why They Keep Coming Back
It’s a new season at the largest Jewish camp network in the world. Former campers are coming back with their own children, hoping to impart…
Get Inspiration to your inbox!
Newsletter
Join our weekly newsletter for inspiration and updates
Donate
Find Your Local Chabad Center
Subscribe
|
Log In
Chabad
About Chabad-Lubavitch
About Chabad Lubavitch
The Rebbe
Headquarters
Magazine
Magazine
News
News & Updates
In The Media
Impact
Social and Humanitarian
Social and Humanitarian
Education
Education
Community
Community