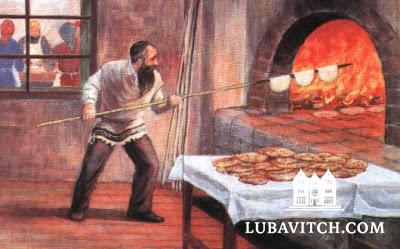 Few holidays compete with Passover’s child-centered rituals. The seder packs customs and narratives enough to animate a child’s imagination all year round. Like so many other families, ours would flock to our Bubby’s and Zaidy’s home for the seders, celebrating with aunts and uncles at a long table that seemed to vanish somewhere in the distance.

We were a lively set. The older cousins missed no opportunity to dupe us younger ones with tall tales. They gave us a full account of Elijah’s visage, which they had seen because they knew not to blink when he came knocking. Eyes wide open, holding my breath, I’d run with them to greet the invisible soothsayer. With practice, I too finally saw Elijah, his radiant mien and flowing white beard exactly as my cousins had described.

As soon as the door closed we raced back to the dining room where the prophet worked his wonders: a torrent of walnuts came falling out of thin air. My Zaidy pulled the feat off so skillfully, none of us ever caught him in the act. We scampered under the table to catch the walnuts, filling our skirts and pockets to bursting. Then we laid them out and counted our harvest to see which of us had gotten the most.

But first we all had a turn to ask the Mah Nishtana, showing off our fluency in Hebrew and the Yiddish translation we learned in school. And there were the Hagaddah songs and the four cups, and of course, the afikoman. By the seder’s end we fixed our eyes in wonder on Elijah’s cup which, we all noted in agreement, was no longer as full as it was when we started out. The prophet had evidently enjoyed a few sips during his cameo appearance.

In retrospect, the seders at Bubby’s and Zaidy’s played profoundly to our sense of belonging and identity. There were other cousins, second cousins, but they didn’t do Passover as we did. My grandfather and his two sisters, ravenous for the freedom these shores promised, came to the US from Poland in 1921. For many who finally escaped the anti-Semitism of Eastern Europe, America beckoned with the invitation to assimilate.

Zaidy’s elder sister thought my grandfather a fool for sending his children to yeshiva. She reminded him that he was no longer in Sokolow; that here you had the freedom to be like everyone else; here you send your kids to public school. Here, you Anglicize your name and learn to say Saturday instead of Shabbos, and if you try hard enough and get really lucky, your kids may even pass for blue-blooded Americans.

But my grandfather didn’t want to be like everyone else. He wanted his children and grandchildren to look Jewish. He thought a “Yiddishe ponim” beautiful; a little boy with a yarmulke and tzitzit was for him a joy to behold. Zaidy spoke English well enough, but made sure to speak to us in Yiddish. America offered him the chance to raise fearlessly Jewish children—a hard won freedom he was not about to squander.

Over time, my grandfather’s sister had a change of heart. By then it was too late. Her children had assimilated. They had moved away from her and from the traditions that bridged the generational gap. Occasionally she’d visit, observing the comings and goings of children and grandchildren in her brother’s house. It was a boisterous household, happily punctuated by brissim and bar mitzvahs, by Shabbos, Passover and other Jewish holidays that drew us together.

My grandfather passed away more than 40 years ago, but I think often of the courage he had to buck the trend. Zaidy wasn’t a social activist waging a war against cultural hegemony, but the pressures he resisted must have been considerable as he kept his gaze on a future he was determined to secure: Children and grandchildren who would not become dispossessed of their own identity; descendants who would be as competent in their knowledge of Torah, as comfortable in a shul, at a seder, and in the pages of a chumash, as we would be anywhere else as good Americans.

I think of him each year at the Passover seder when we retell the story of the Jewish people who, say the sages, were redeemed because even in Egypt, mired in the den of paganism, they hewed closely to their families, their faith and their traditions. I think of him when we sing the Dayenu! and give thanks for the blessings of our Jewish existence. I was only an adolescent when my grandfather died and didn’t know then how much to cherish the sacrifices he and my grandmother made, much less thank him. I thank him now.

The freedom he found that allowed him to live as a Jew in America was, for my Zaidy, blessing enough (Dayenu!). He didn’t get to see how the Rebbe’s emissaries—his grandchildren and great-grandchildren among them—would transform the experience for Jews around the world. How miraculous, he would say, that today you could find yourself on a mountaintop in Tibet and still have a full blown seder! That would have been enough for him (Dayenu!).

How marvelous, I imagine him saying, that today, in Samara or San Francisco and a thousand other places, you’ve got Jewish schools where your children learn to begin their day with the Modeh Ani and end it with the Shema Yisrael. They learn the Mah Nishtana and are proud to own their heritage. How fortunate, he would say, tears filling up in the corners of his eyes, that today, you don’t have to fight so hard to make sure your grandchildren will be Jewish.

For my Zaidy, that would have been blessing enough (Dayenu!).

Related Articles
View All
“Tell Them It’s Never Too Late”
A world traveler, a long-time talk radio host, a man of remarkable knowledge and great musical talent, David O'Malley finally learned what it was that…
Woman’s Strength
Shluchot from all corners of the world gathered to draw inspiration and knowledge from an extended weekend jam-packed with workshops and events at the International…
Get Inspiration to your inbox!
Newsletter
Join our weekly newsletter for inspiration and updates
Donate
Find Your Local Chabad Center
Chabad
About Chabad-Lubavitch
About Chabad Lubavitch
The Rebbe
Headquarters
Magazine
Magazine
News
News & Updates
In The Media
Impact
Social and Humanitarian
Social and Humanitarian
Education
Education
Community
Community