Your Place Is Here: An Emissary Reflects With Candor 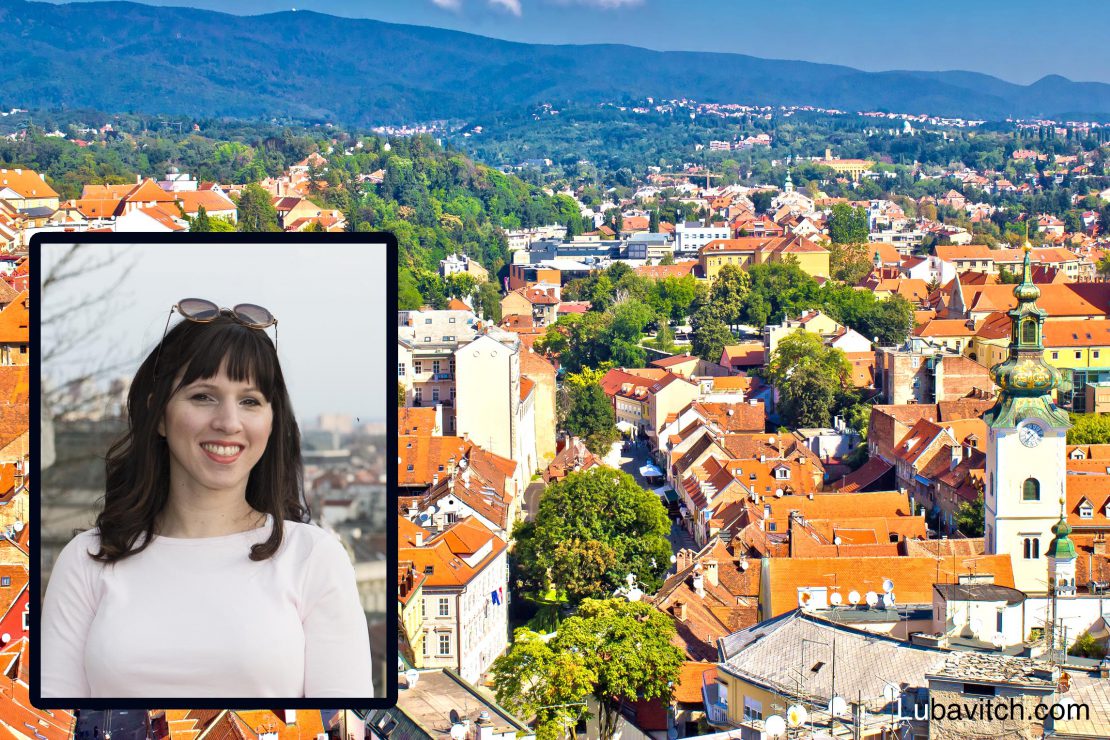 On the day of the mikvah inauguration, Reizy Zaklas of Chabad of Zagreb, Croatia, took a break from all the hoopla to reflect as we sat in her kitchen. I began by asking her if she would be willing to share some of her personal experiences leading up to this happy moment. She did, at first with the caveat that she did not want these stories published. But after some persuading, she agreed. The following is an excerpt of our conversation.

BO: You and your husband are Israelis. Why Zagreb?

RZ: We were newly married and both of us knew that we wanted to dedicate ourselves to shlichus. Someone from Zagreb contacted central Chabad in Israel asking why there are no Chabad representatives in Zagreb. So the proposal came to us.

BO: What were the first years here like for you?

RZ: We came with an exciting vision and great enthusiasm. It was slow going, but we were making headway, teaching, connecting with people. Pini was struggling to raise funds, but we managed. We quickly learned to make do with less, and we put all of our energy and all of our resources into our shlichus. We were doing what we had always wished to be doing.

But in 2010, the economy collapsed and funding dried up completely. We were fortunate that Chabad Headquarters provided us with critical support, through the good offices of Rabbi Moshe Kotlarsky. But things continued to worsen. The financial strain was making life really difficult. And I was very lonely for family. The loneliness took a terrible toll on me.

Over a period of about a year-and-a-half, I felt myself drowning under the weight of these difficulties. I didn’t feel that I had the strength to fulfill my mission. We had so much we wanted to give, and we had put all of our energy into it, but there was so much pressing on us, I felt I had reached a breaking point.

BO: Did you consider leaving and returning to Israel?

RZ: When things hit rock bottom, I saw no other way. I told my husband that I felt we should leave. It wasn’t an easy decision to come to. I’m a rational person, and I felt that I had evaluated the situation carefully.

BO: That was seven years ago. You are still here.

RZ: I was in a place of intense angst, and I knew that this was a major decision. So I wanted to be sure that I was not acting out of blind desperation. I needed a sounding board and wanted to speak to shluchim who had experience and wisdom—people who could relate to my circumstances.

I contacted Aidla Biderman in Vienna. We had visited the Bidermans before. They’re Chabad’s head representatives to Austria. I have great respect for Aidla and her husband, Rabbi Jacob. We got in the car and drove to Vienna.

I spent a few days there. I went again the following week, and then again. I needed their support. Most of the time, I just cried. Aidla cried with me.

BO: You shared your dilemma with Rabbi Biderman as well?

RZ: Yes. He was empathetic, but he was not in the least ambivalent. The Rebbe wanted us in Zagreb, he insisted. “Even if you never teach another class again, your place is there,” he told me. Honestly, I don’t know how he had the courage and the insight to tell me this when everything seemed to point in the opposite direction. But he also advised us to do things differently than we had been doing them until then.

RZ: Traveling to Israel to visit my family as often as I felt I needed to, he said, ought to be a priority. He insisted that I ease up on the demands I had placed on myself vis-à-vis the community, and allow myself to focus only on my children. And I needed to take care of myself.

BO: What has it been like for you since then?

RZ: I took the pressure off myself, and for a while I stepped back from most of the community-related activities I had taken on. We continued to struggle. But I understood Rabbi Biderman’s point—living in Zagreb, in itself, as a Chabad family, serves the purpose of shlichus.

Things slowly improved. My husband miraculously raised the funds to renovate this building. Now we need to furnish it. We’re not there yet. Croatia is a poor country. There is no local funding for our activities, so financially, we struggle to get by.

But there’s been this exciting shift. There’s an awakening here among the city’s Jews. People who wouldn’t come in all these fifteen years are now calling and coming, looking to learn, wanting to connect with us. It’s simply amazing to see this happen before our eyes!

BO: How did you finally come to a decision about whether to stay or leave?

RZ: For me it really was a process. I needed to know that my husband would support me if I decided that we should to return to Israel. Because if this was going to become a sticking point for us, I would feel that I have no choice but to remain. After all, my marriage and my family would always be my first priority.

As I said, it was a process. For my husband too. When he felt he could give me the support I needed to leave Zagreb, and move back to Israel with me and our children, I knew the choice was mine to make.

I chose to stay. 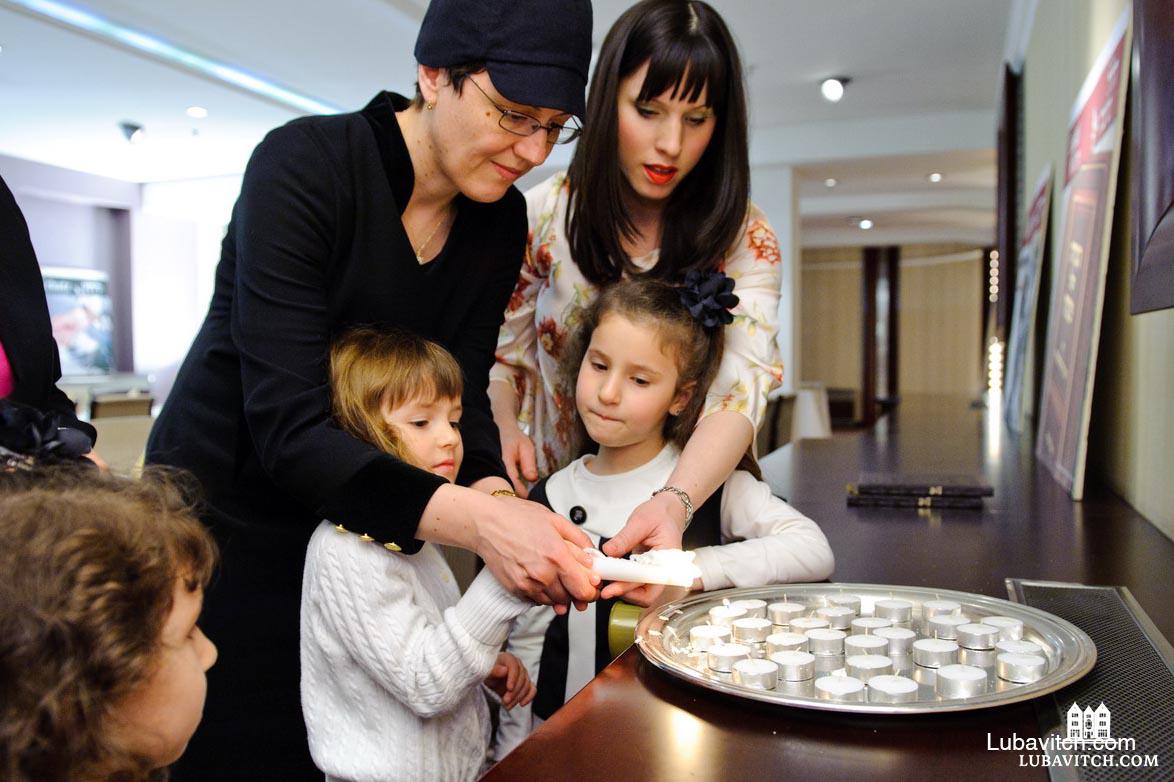 This piece was originally published in the Lubavitch International magazine, Spring 2019 edition. To order: lubavitch.com/subscribe

Related Articles
View All
The Lamplighters of Zagreb
"For the first time in Croatia, we have the experience of a Jewish community that is practicing all the traditions. And this has changed everything.…
Get Inspiration to your inbox!
Newsletter
Join our weekly newsletter for inspiration and updates
Donate
Find Your Local Chabad Center
Subscribe
|
Log In
Chabad
About Chabad-Lubavitch
About Chabad Lubavitch
The Rebbe
Headquarters
Magazine
Magazine
News
News & Updates
In The Media
Impact
Social and Humanitarian
Social and Humanitarian
Education
Education
Community
Community