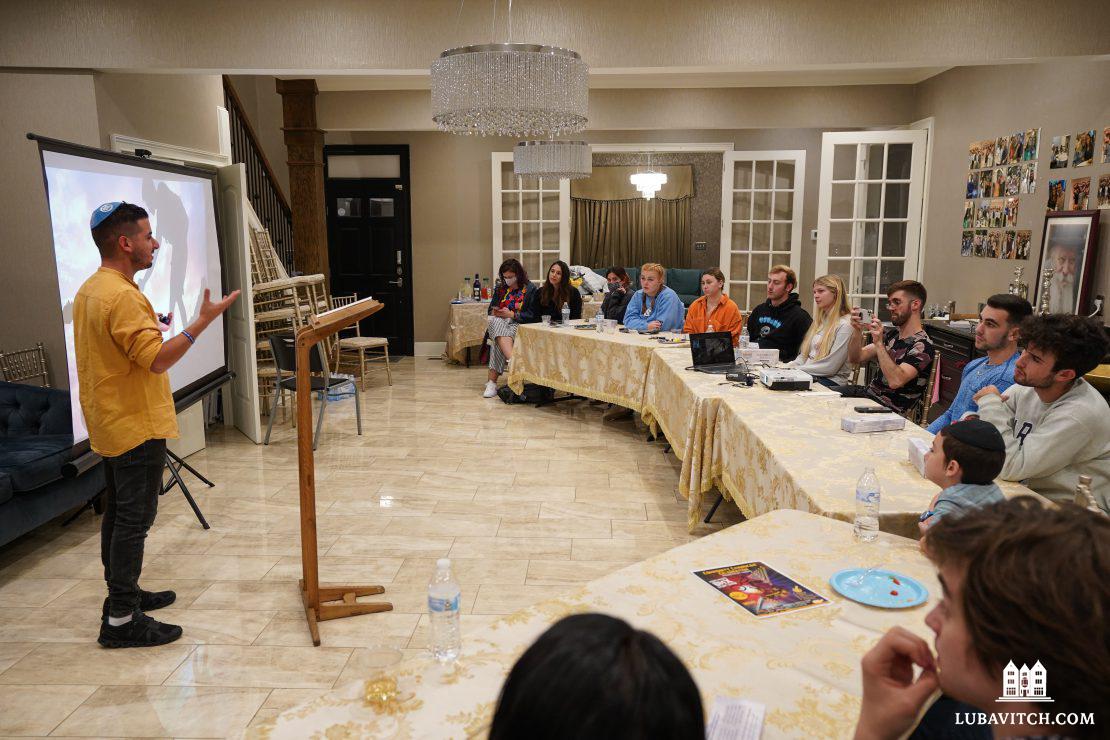 For Jewish students on campus at Duke University, the “Israel conversation” often puts them on the receiving end of a whole lot of hate. This past semester, Rabbi Zalman Bluming, director of Chabad at Duke/UNC & Chabad at Durham/Chapel Hill, brought in two wounded Israeli soldiers to speak to the students. “Most students have no idea what life is really like in Israel,” Rabbi Bluming said. “Hearing a report from a real person who lived the reality of it is life-changing.”

Duke is just one of many college campuses to receive one of these impactful visits, thanks to the work of the New York-based organization “Belev Echad”.  For years, Rabbi Uriel and Shevi Vigler have been running the organization, serving wounded Israeli soldiers, out of their Chabad House on the Upper East Side of Manhattan. “Many of [these soldiers], unfortunately, suffer from PTSD and other ailments, and life back home can become crushing,” says Rabbi Vigler. According to Belev Echad delegation director Bentzi Sasson, “We just aim to give them a good time and a chance to rehabilitate.”

But thanks to a partnership with Chabad on Campus International, Belev Echad can now give these veterans something more. Starting about four years ago, Belev Echad and Chabad on Campus began to bring pairs of soldiers to campuses like Duke, where the soldiers share their experiences with students. “The response has been incredible,” Sasson says. “Campus Rabbis see the powerful effect it has for students, and are lining up to bring the program to their campus,” he adds.

Rabbi Bluming recalls one Duke University student saying that all the hate and misinformation had “chipped away at his Jewish pride.” A visit from the wounded warriors proved to be restorative. “Walking out of that session changed my perspective,” the student said. “It helped me be proud of my heritage and my people.”

And for the soldiers, it’s an uplifting experience. “It’s sad, but many wounded soldiers find it hard to see their own value,” says Rabbi Vigler. The opportunity to “fire up” young students makes them light up, he says. “It does wonders for their self-esteem.”