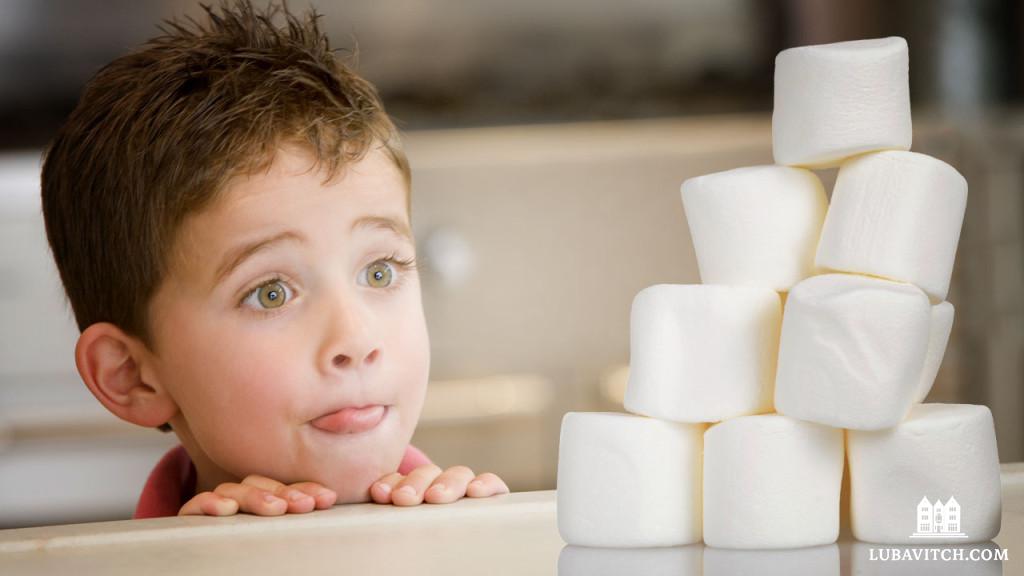 It’s time for this column to take apart an Aramaic word, and what better Aramaic word is there than iskafya (“itkafya” in Sephardic pronunciation), a word beloved of the kabbalistic ancients and equally embraced by Chasidic moderns. Unlike other words in the Chasid’s vernacular, iskafya doesn’t have warm shtetl undertones or a Jewish-Eastern European patois that invites the listener to imagine the Chasidim saying those same words in the frost winter night. Iskafya’s pedigree is far more noble, stretching back to the earliest kabbalistic writings. Its home is the hills of Safed, not the benches of Samarkand.

So what does it mean? Its literal meaning is “suppression,” which is quite an accurate reflection of its actual meaning. Iskafya is self-restraint, a person’s exercise of self-control over his cravings, his addictions, his body. Iskafya is the mind showing the body who his boss. “So, mister,” says the mind. “You want to indulge in that indulgence? Do you? No. Not today.”

Aha, you say. The concept is nothing new. We have heard its type before. Self-mortification. Excessive fasting. Austere living. Denying yourself the grossness of earth in the hopes of partaking in the kingdom of heaven. Nothing new here.

But Iskafya is not the triumph of the spiritual over the material as much as it is the triumph of the mind over the body, of the human over the animal. One of Chasidic philosophy’s enduring lessons is moach shalit ahl halev, that the mind rules over the heart. We are not impulsive animals, we are humans capable of free choice. But with that freedom comes the duty of iskafya, to indeed demonstrate that we are capable of saying no to ourselves just as the free man can say no to whomever he pleases.

This broader meaning was teased out by Rabbi Shmuel Schneersohn (1834-1882), the fourth Chabad leader known as the Rebbe Maharash. A fellow consulted the Rebbe Maharash about some personal issues he was grappling with. He sought the Rebbe’s advice as to how he could forge a new and better path in life. The Rebbe Maharash told him, “Fast for 600 days.” The fellow was shocked. 600 days of fasting was not something he could do, and he told the Rebbe as much.

Fasting doesn’t mean not eating. That’s dieting, explained the Rebbe Maharash; I am not prescribing some program of ascetic living or abstract study. Fasting means to work hard on yourself. Spend 15 minutes a day thinking about yourself and what needs to be changed.

Not really. Consider what the Lubavitcher Rebbe wrote in a letter to a fellow who had decided to fast (in the usual sense) two days a week. That’s not okay, said the Rebbe. That is not the Chasidic way. When Chasidic philosophy lauds iskafya, the suppression of the animalistic instinct in ourselves, it is not talking about afflicting ourselves. It is about self-restraint, the battle between the ego and the id, the mastery of our character over our urges and instincts. You want to practice iskafya? Try not talking gossip for a day. Try befriending a person whom you dislike. Try opting for the simple sandwich over the sizzling steak.

Probably unbeknownst to its Stanford University designer, the famous marshmallow experiment of the 60s and 70s was a study in iskafya. A marshmallow was placed before each child in the experiment, who were told that they could either eat the marshmallow as soon as they liked or they could wait 15 minutes, at which time they would be given two marshmallows.

The results were astounding. The study followed up with the children years later and found that the children who had exercised self-control and waited 15 minutes were now doing better in life than their impulsive counterparts. They had higher SAT scores, lower BMIs and overall performed well in those areas which require determination and willpower in order to succeed.

While these are glorious benefits of iskafya, its greatest value lies in its ability to shake the heavens. Hyperbole? Certainly not. Tanya considers the scenario of a person battling unhealthy intrusive thoughts. It is an iskafya challenge of the highest degree. It takes enormous self-control and willpower to not think about X, certainly more than it takes to not eat Y.

But if the fellow succeeds? If he manages to secure at least one little victory over his darker side? Why, he unleashes a torrent of goodwill in our universe. Each time he flexes his iskafya muscle, it represents a victory of human refinement over base impulse. And our entire world is a balance between these two forces: the default dark side of things (known as sitra achra) and the kindness and goodness that can only come from human willpower. Nudge it a little in one direction and the whole thing can tip.

Chasidic mentors can still be heard reminding their students to practice iskafya: “praveh ah bissel iskafya!” is a familiar phrase among Chasidim. If it is not the most evocative or expressive word, it is a grade-A, historic term that captures the Chabad ethos and represents one of the highest ideals of Jewish living. Iskafya belongs in every Chasid’s vocabulary.

Related Articles
View All
Wordsmith
Wordsmith: Tamim
The tamim is unflappable. He does not sway with the winds of change, nor bend to meet the expectations of others. He is a simple…
Wordsmith
Wordsmith: Shtus D’kedusha
As is true of every close-knit cultural group that enjoys a history, traditions and habits particular and peculiar to it, conversations among Chabad Chasidim are…
Wordsmith
Wordsmith: Farbrengen
Gather together, men of the brotherhood. Sit together in peace, in harmony, in fraternity. Share your burdens. Cry with your fellow in his pain, laugh…
Wordsmith
Wordsmith: Derher
The phrase “I hear you” is the linguistic equivalent of a homeless orphan with no siblings. It makes sense in English on a very practical…
Get Inspiration to your inbox!
Newsletter
Join our weekly newsletter for inspiration and updates
Donate
Find Your Local Chabad Center
Subscribe
|
Log In
Chabad
About Chabad-Lubavitch
About Chabad Lubavitch
The Rebbe
Headquarters
Magazine
Magazine
News
News & Updates
In The Media
Impact
Social and Humanitarian
Social and Humanitarian
Education
Education
Community
Community