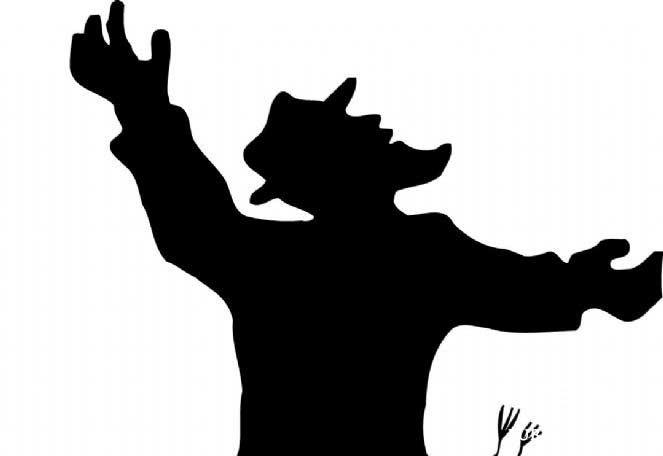 The accidental similarities between the hipster and the chasid have caused much merriment among the people who notice such things. They both sport fine beards, shy away from mainstream culture, and seem unable to shake certain dated habits. The fact that thousands of them live side-by-side in Brooklyn furthers the amusement of people watchers who have dedicated websites to exploring the likeness of the two.

Such comparisons wouldn’t have worked until fairly recently. The word Chasid didn’t always conjure images of a whiskered man with long side-curls, face turned up to the stars in spiritual ecstasy. Only lately has the Chasid become an unremarkable part of the wider population, a stock character making cameo appearances in New York city film scenes alongside the maniacal taxi driver and the ethnic food cart vendor. Quite unlike the bohemian dimension he has taken on today, the Chasid of centuries ago was an ascetic. And before that, in the times of the Mishnah, he was a member of an exclusive society that had its own rules for ethical living.

In a way, the evolution of the Chasid makes sense. The term derives from the word chesed, which literally means “kindness.” According to Chasidic teachings, kindness is driven by an impulse to do more than what is minimally expected. If to be civil is the social standard, to be proactively kind is to exceed that standard. (That may be why Google replaced its “Don’t be Evil” motto. For a behemoth that aims to change the world, those were pretty tame aspirations.) Thus, chesed can be associated with any person or movement seeking to go beyond what is strictly required of them. Because Jewish living is often defined by Jewish law, this chesed lifestyle is often described as “going beyond the letter of the law” (one of those phrases peculiar to Jewish literature and which is unrelated to the usual letter vs. spirit of the law antithesis).

That’s why people like the Biblical Aaron, who was more likely to have worn a keffiyeh than a shtreimel, was called a Chasid. Aaron was a mediator and marriage counselor before those careers even existed; his modus operandi was not to consult clients in plush leather armchairs, but to go out on the streets and actively build peace amongst the people. King David is another of the earliest bearers of the Chasid title. Instead of indulging in the pleasure of retort to those who mocked him, David bore the indignity in stoic silence. Such humility would render him unfit to be a politician, but it was good enough to make him a Chasid.

As far as being a movement, the first real group of Chasidim formed during the Mishnaic era. They collected the principles and norms that individual Chasidim had begun to live by, and turned them into a firm set of guidelines in a book called Mishnat Chasidim. These early Chasidim (called Chasidim HaRishonim) famously held themselves to strict legal standards, even when the law didn’t demand it of them, like driving 30 mph in a 40 mile zone just to be extra safe (a standard already adopted by many elderly Jews in Florida). An example of this is the Chasid who burns his fingernail cuttings because they may be potentially harmful to others, even though Jewish law does not mandate this. The model conduct of these Chasidim soon turned the word “Chasid” into a benchmark. The Mishnah observes that it is normal to feel that “what’s mine is mine, and what’s yours is yours,” whereas a Chasid feels that “what’s yours is yours, and what’s mine is yours.” And thus socialism was born. . .

Now, fools have flourished in all epochs, and the Mishnaic period had its fair share. The sages, forewarning fanaticism, identified one who would hesitate to saving a drowning woman because of his great piety, and labeled him with the pejorative “Chasid shoteh,” a foolish Chasid.

In the 12th century, a group of Chasidim practicing an extreme form of asceticism that would not have been out of place in religious medieval Europe formed in Germany. Known as Chasidei Ashkenaz, they harbored dark views of sin and punishment alongside intense beliefs about the supernatural. The extra-judicial standards of the Chasidei Ashkenaz were recorded in Tzavaat Rebbe Yehudah HaChasid. Some of these have survived and are practiced today, such as not polishing shoes before traveling.

Fast forward to the Chasidim of today: niggunim (wordless melodies), fabrengens, acerbic, self-deprecating humor, and minivans. As Eastern European Jewry lay in ruins after the ravages of the Chmielnicki massacres in 1648-9, the pulse of Judaism grew faint. For the vast majority, there was no passion in being a Jew; if you were not a Torah scholar, you felt yourself worthless. But then the Baal Shem Tov came along and revived the ancient spirit of the Chasid modeling a new form of Jewish practice that infused the experience with heightened intent, emotion and mindfulness. An Arab Spring and a Winter of Discontent and a Summer of 89 all rolled into one, the rise of the Chasidic movement we know today forever changed the face of Judaism.

Perhaps the most peculiar thing about the word Chasid is that one doesn’t have to be a Chasid to be a Chasid. Rabbi Schneur Zalman of Liadi, founder of Chabad Chasidism, addressed the Vilna Gaon, vehement critic and opponent of the Chasidim, as “the genius, the Chasid.”

But since those days, the term, among religious Jews, is used to identify (in contrast to the term “misnaged,” or in English, “the one who opposes” Chasidism) one whose lifestyle and Jewish practice are suffused with spirit and spirituality, and an awareness of the responsibility to transform the world by elevating the sparks of the divine that are embedded in all of nature.

Within the Chabad Chasidic community, where all are presumably carriers of the title “Chasid,” the term will be used as an honorific when pointing to the individual embodying the virtues of the early Chasid: extra kind, extra pious, extra-refined.

Related Articles
View All
Wordsmith
Wordsmith: Tamim
The tamim is unflappable. He does not sway with the winds of change, nor bend to meet the expectations of others. He is a simple…
Wordsmith
Wordsmith: Shtus D’kedusha
As is true of every close-knit cultural group that enjoys a history, traditions and habits particular and peculiar to it, conversations among Chabad Chasidim are…
Wordsmith
Wordsmith: Farbrengen
Gather together, men of the brotherhood. Sit together in peace, in harmony, in fraternity. Share your burdens. Cry with your fellow in his pain, laugh…
Wordsmith
Wordsmith: Iskafya
Iskafya is the mind showing the body who his boss. “So, mister,” says the mind. “You want to indulge in that indulgence? Do you? No.…
Get Inspiration to your inbox!
Newsletter
Join our weekly newsletter for inspiration and updates
Donate
Find Your Local Chabad Center
Subscribe
|
Log In
Chabad
About Chabad-Lubavitch
About Chabad Lubavitch
The Rebbe
Headquarters
Magazine
Magazine
News
News & Updates
In The Media
Impact
Social and Humanitarian
Social and Humanitarian
Education
Education
Community
Community