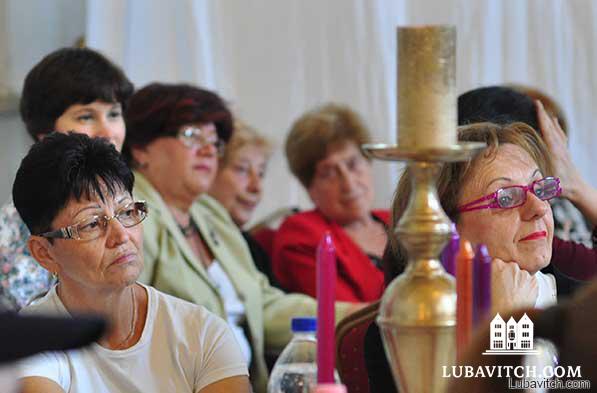 When Kata Nádas, 31, a Hungarian Jew, first began attending Chabad programs at sixteen, her parents were concerned. Their associations with Judaism were all dark: more than a half a million Jews were murdered by the Nazis with the assistance of local Hungarians, and anti-Semitism was on the rise in the country.

Recently she joined the Hanna Klub, the city’s Jewish women’s circle which engages some 500 local Jewish women. The experience was evidence of a Jewish community that is slowly coming out of the shadows, as growing numbers of Jews are choosing to identify.

“Your religious identity was not discussed,” says Nádas, whose parents grew up in a socialist country. A program coordinator at the Central European University in Budapest, she says that “no religion was allowed to be practiced.”

In 1989, shortly before the Socialist Workers’ Party lost control, Batsheva Oberlander, who arrived then with her husband to serve as Chabad representative to Hungary, recalls that interest in Judaism surged among local Jews. But it was short-lived, “a curiosity” that soon waned as the country’s economy took centers stage.

These days Oberlander has noticed young Jews demonstrating a genuine interest in their traditional roots. “Life has become more developed for the citizens and the Jewish community is relatively fine,” she says, pointing to Nádas as an example of one individual among a growing segment of the Jewish community in Budapest searching for their heritage. 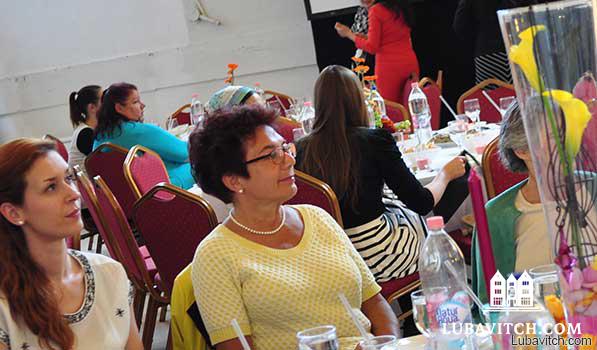 “When I first came to Chabad, it was a classmate who I confided in about my identity crisis,” Nadas shares. “Today, with the internet and Facebook, it is much easier for Jews to find Chabad and connect to their Jewish roots.”

The rising sense of anti-Semitism in the country compels Jews to explore what it is that sets them apart. “People have transferred to Jewish schools and want to learn why as Jews they are in the spotlight,” Oberlander says.

The growth of Chabad has brought a brisk Jewish community infrastructure that has made Jewish living possible supports the movement towards Jewish engagement: kosher food, a Jewish day school, Jewish study groups, Chabad on Campus, and several synagogues are now available to the city’s 100,000 Jews.

One of those programs is the Hanna Klub. Founded 13 years ago, the club seeks to offset the reticence about faith by creating a sense of community and identity among Budapest’s Jewish women through social events and activities. 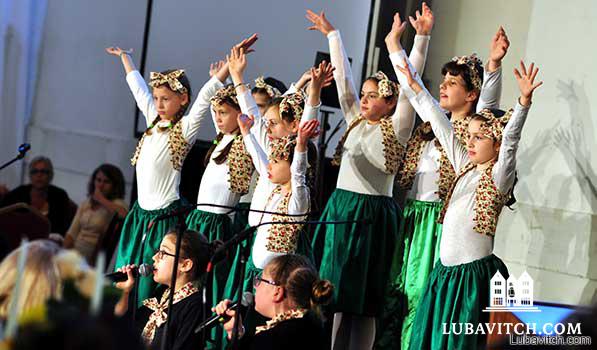 “Your Jewishness is not really a topic you talk about, in public school or in the work place. You don’t know if your neighbors are Jewish,” she says. Participating at the club she’s met her high school friends, neighbors and acquaintances and learned that they are Jewish.

Anna Petrasovits, an economist, local politician and a frequent participant at the Hanna Klub, says she enjoys the programs, which vary from lectures that explore questions of faith and the Jewish holidays to more mundane but fun concerns like “perfumes and baking.”

Hanna Klub programs, publicized by email and social media, also reach people by word-of-mouth, and offer many participants their first encounter with the Jewish community.

“Once people attend Hanna Klub, they learn about the other events and keep in touch with the Jewish community,” the Chabad representative says. The club has developed programs for Jewish teens and young adults as well. 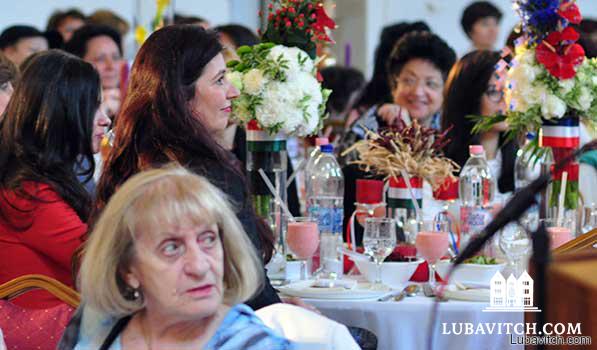 Empowering Jewish women with knowledge and pride in Judaism has led to perceptible change even for the older generation of Hungarians. “Today my parents and their friends are all open about being Jewish,” Nádas says. “Now they are more involved in Judaism because of me; I became their info person; whenever they or any of their friends have a question about religion, or the date of holidays, they contact me.”

The shift is especially meaningful to the Chabad representatives who’ve worked hard to lead the community forward. “We still have a lot more work to do to reach all of the Jews in the country,” says Oberlander. “So we reach out one by one, and to develop programs that answer their quest in a way that empowers them to grow in their identity.”

Related Articles
View All
Promise Made by Little Hungarian Girl During WWII Fulfilled
When Robert Rubinstein, a Toronto businessman, had to fulfill the dying wish of a Hungarian Christian woman, he reached out to the Chabad rabbi in…
Rocking With Chabad At Sziget’s Summer Festival
(lubavitch.com) For twelve years, fans have paused in their rock, punk, and reggae binge at one of Europe’s largest summer music festivals and lined up…
After 60 Years, Óbuda Synagogue To Open Its Doors For Rosh Hashana
Sixty years after it was emptied of its Jewish worshipers, the Óbuda synagogue in Budapest—the oldest in Hungary, will open its doors to services this…
For Israeli Students, Medical Training in Hungary Deepens Jewish Identity
Toasting the new graduates in Hebrew at the Hotel Intercontinental ballroom, 300 guests - proud family and friends from Israel and Budapest’s Jewish community -…
Another First for Post Communist Hungary
“As a native of Budapest and a survivor of the Holocaust, the rejuvenation of the Hungarian Jewish community and other Jewish communities throughout Central Europe…
Sziget Festival Counts Losses, Chabad Counts Gains
Organizers of one of Europe’s largest summer events report the weeklong pop music and cultural Sziget Festival which ended last week a major flop. Not…
Features
Coming Back From Cancellation
The notorious practice of “cancellation” suggests that our society has forgotten how to forgive, and how to make amends. What is the Jewish perspective? Here…
Features
Remembering Rebbetzin Chana: Jewish Feminine Role Model
A feminine role model of Jewish activism and proponent of Jewish scholarship, is being remembered today, on her yahrzeit.
Features
Grateful or Entitled?
I am concerned about what kind of people are we raising, and I want to reverse this shift in our family that is making our…
Features
Howard Glowinsky: Letter To My Children
Individuals who have come to Torah study as adults reflect upon something that they have learned
Get Inspiration to your inbox!
Newsletter
Join our weekly newsletter for inspiration and updates
Donate
Find Your Local Chabad Center
Subscribe
|
Log In
Chabad
About Chabad-Lubavitch
About Chabad Lubavitch
The Rebbe
Headquarters
Magazine
Magazine
News
News & Updates
In The Media
Impact
Social and Humanitarian
Social and Humanitarian
Education
Education
Community
Community