Why Is Hollywood Calling? 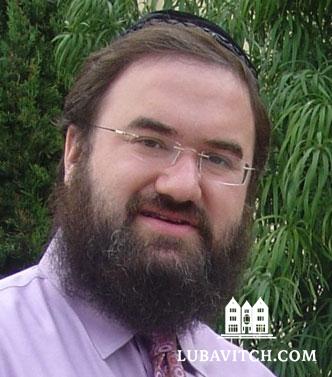 For a long time now, Chabad, along with many others concerned about the subtle and not-so-subtle influences of pop culture, has been unequivocal about television watching as a harmful, mind-numbing pastime. But that didn’t stop the medium from turning its focus on a Chasidic baal teshuva—a secular Jew who chooses to live a Torah-observant life.

According to Nielson Media Research, last Tuesday night’s episode of House, Fox Channel’s top rated medical drama, concerning a baal teshuvah with a unique medical disorder, was the most viewed spot of the evening.

The episode opened with a wedding officiated by California Chabad House representative Rabbi Yossi Mintz, and the singing of a Chabad style Chasidic melody. Richard Kaplan, a cantor from East Bay, sang the niggun for the episode.

Kaplan, who was contacted by the music department at NBC Universal, says that he is “not formally connected with Chabad, but [I] have great respect for Chabad and derive great benefit from Chabad teachings.”
Actress Laura Silverman played Tova, a recent returnee to Judaism. As the episode reveals, she was a music executive who was inspired to become a religious Jew. As is de rigueur for a House episode, her multifaceted symptoms were too esoteric to diagnose immediately, including several physical symptoms, and, according to House, altered mental states.

Mintz, who was sought out as a consultant on the episode in addition to his brief cameo, told Lubavitch.com that when he read the script, “It didn’t add up at all. So I changed it.” They incorporated most, but not all of Mintz’s changes, but, he says, at least, “from the original text to its final version, it was substantially different.”
Television’s most cynical doctor, Gregory House played by English actor Hugh Laurie, took the position that no one would choose to take on Jewish observance without possessing an altered mental state.

“The woman didn’t just choose to keep kosher,” House explains. “She went directly to the extremes of Chasidism. A life of stringent rules. She became a masochist.”

But Doctor Kutner (played by Kal Penn) counters: “She didn’t like her old life so she changed it.”

At the heart of House’s reply is the leitmotif of the television series, and one of the fundamental struggles of returning to Judaism. “People don’t change.”

By the end of the episode, though, the minds on House’s medical team had been changed. Doctor Taub (played by Peter Jacobson), a secular Jew, can “see why she’d be attracted to that life. I’m not saying I agree, I’m just saying… they have something we don’t have.”

When the eventual diagnosis confirms that her illness isn’t causing altered mental states (it turns out she’s just having minor kidney problems), even House concedes his mistake.
People do change. And as this show illustrates, even within the television industry, attitudes change, at least towards those who, like Chabad Chasidim, put no stock in the lifestyles and values of popular television.

Creator David Shore, 46, is not Orthodox himself. He grew up in what he calls ‘a typical Reform-type Jewish household,’ and now attends a Conservative synagogue in LA.

But the show he created does portray the baal teshuvah couple—human beings with the foibles of human beings—as loving, sincere, and committed to their faith and G-d.

To be sure, the dialogues contained a few one-liners stereotyping Chasidic Jews. And yet, in unscripted irony, the episode might have actually piqued the curiosity of some of the many millions glued to the tube, and motivated them enough to look beyond the TV screen for real life fulfillment that last week’s character seems to have found in living Jewishly.