A new documentary explores the Chassidic path to happily ever after 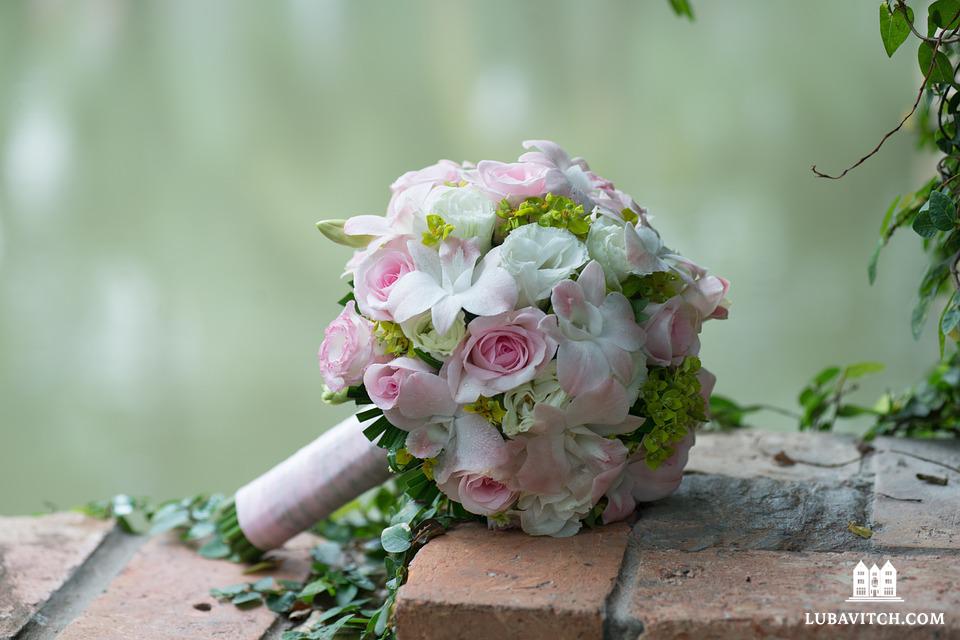 All News
By Chava Leiba Witkes

What does the world at large have to learn from Chasidic dating? That is the question Evan Beloff and Oscar-winning producer Frederic Bohbot, two young, secular, Jewish filmmakers from Montreal, set out to answer with their documentary “Kosher Love.” In under forty-five minutes, the audience is introduced to a happily-married couple who met through a matchmaker, a Jewish hip-hop artist looking for a lifetime companion, and Yisroel Bernath, who’s been called “The Love Rabbi” by Montreal Gazette.

Whimsical animations are paired with a thoughtful narrative in this film exploring humankind’s search for true love. “It was our way of addressing our frustrations with relationships in the modern world,” said Beloff of BunBury Films. “We wanted to see if the Orthodox way could work for everyone else.”

In the Chasidic community, where “swiping left” is unheard of, men and women use metrics different than contemporary dating culture to search for their other halves. “The religious belief is that love comes later,” said Miriam Leah Gamliel, who is featured in the film along with her husband Michael.

The documentary was aired as a prime-time special on Canada’s main television channel, CBC, and received over a million views. It has since been reviewed by Canadian Jewish News and The Montreal Gazette, among others, and was also under consideration for the Lower East Side Film Festival.

In January, the film will be released in the United States. Until then, the directors and producers are making it available for pre-screenings at Chabad Houses across the country.

“What’s amazing about the film is that it really opens up the conversation,” said Bernath, who has attended premiers throughout Canada and in New York. “Love in Judaism is often seen as touchy subject—when it really shouldn’t be.”

The film gives the audience a glimpse of the Chasidic world, bringing them back to the universal idea of matrimony. At the premier in Ottawa, a question and answer session following the film lasted for two hours. Bernath believes the greatest value in “Kosher Love” lies in the conversations it stimulates. “[The directors] helped start a conversation that’s incredibly important, but no one was having.”

My Rabbi, My Matchmaker

Worldwide, marriage is in a crisis. Fifty years ago, almost three quarters of American adults tied the knot; compare that to half of the population in 2015. Of these unions, more and more are taking place later in life: the U.S. Census Bureau found that in 2016 the median marrying age reached its highest ever: 29.5 years for men and 27.4 years for women.

The numbers are alarming when juxtaposed with Jewish intermarriage rates: the latest study, released in 2013 by the Pew Research Center Survey of U.S. Jews, pegged marriage outside the faith at 58 percent. Among non-Orthodox Jews, rates are over 70 percent. More disturbing yet are the consequences: children of intermarried couples are three times less likely to be raised Jewish as those born to two Jews. 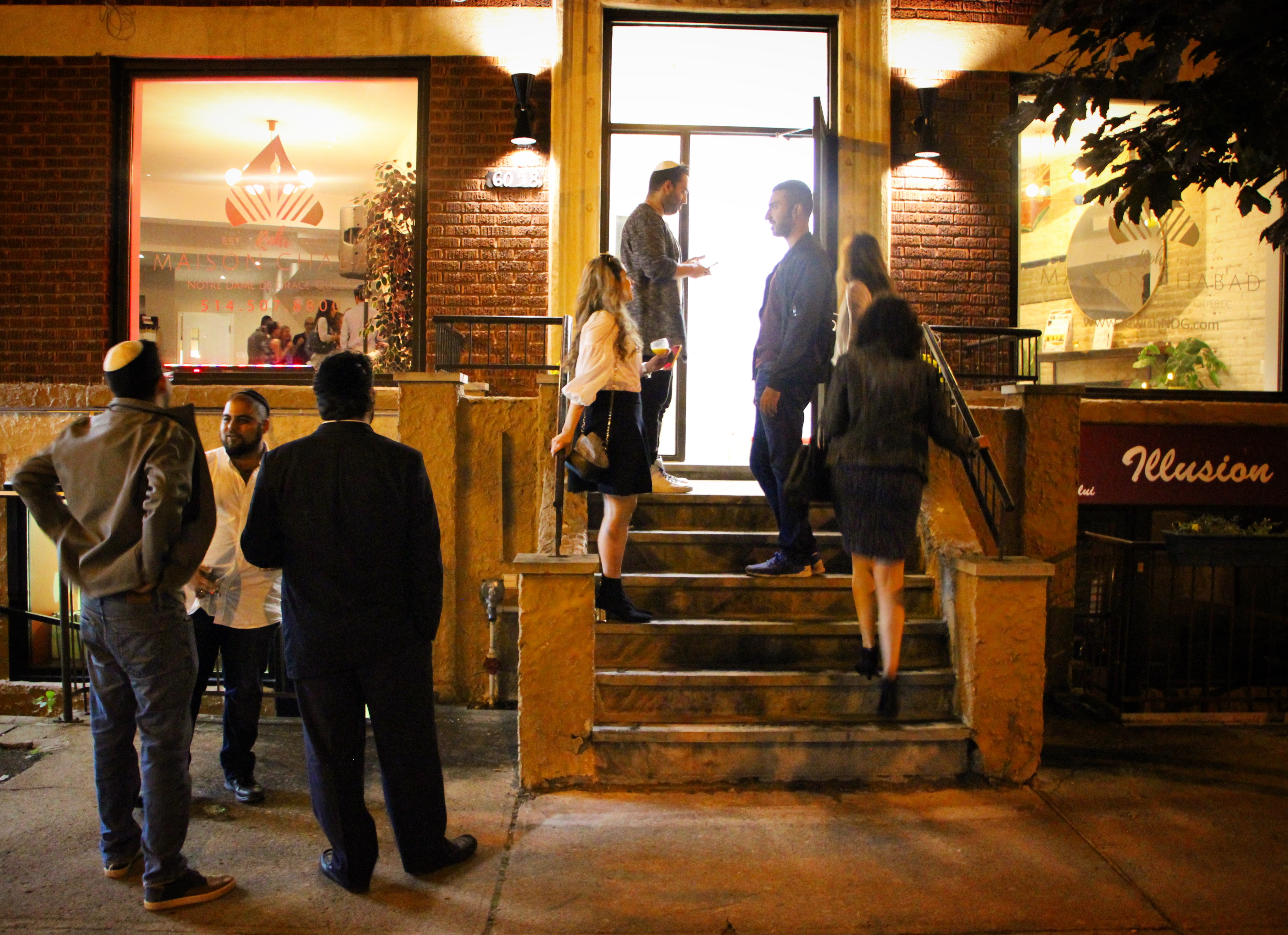 Young Jewish professionals mingle outside a Chabad in Montreal.

“The number one priority of every young Jewish professional, after career, is a relationship,” asserted Bernath, who stumbled upon his own way to harness the desire of the demographic while at the same time addressing a national Jewish concern. For him, that’s matchmaking.

“One of the greatest threats to the Jewish future can’t be solved passively.” Bold words, but the Chabad rabbi may be onto something. “This needs a concerted effort.”

Ironically, Bernath didn’t become a shadchan on purpose. “I didn’t really know what I was doing,” he admitted. “I figured: how hard can it be, right? Then soon enough I had set up one match, two, five… Soon students were asking for my help in finding someone.” It became obvious that a more systematic approach was needed. A somewhat primitive spreadsheet morphed into a more sophisticated software when Rabbi Bernath enlisted the efforts of Mark Goldman, founder of Saw You at Sinai, a Jewish matchmaking site. A few months later, an offshoot, JMontreal.com was born.

In the six years since the dating site was launched, twelve new branches have opened under the jmatchmaking umbrella. Every location shares the same backend, making inter-city meet-ups possible. As a result, more than two hundred couples have stood under marriage canopies since 2011, with almost sixty of those in Montreal alone. The success is impressive, surprising even, for a service most people haven’t ever heard of.

Rabbi Dovid and Allysa Gurevitch are the vanguards of JLosAngeles, where the large Jewish population doesn’t always translate to smooth sailing in the dating realm. “We have a lot of alumni looking for their better halves,” says Rabbi Dovid Gurevitch, co-director of Chabad of UCLA along with his wife, Alyssa. “We want to make sure that these Jews have the opportunity to marry other Jews,” she adds. “We’re thinking about all those people who say ‘I would marry Jewish if I could meet someone Jewish.’”

Earlier this year Dovid and Allysa reached out to the Chabad directors at other major universities in the area: University of Southern California, California State University, Northridge, and Santa Monica College, pooling their alumni into one database accessible for matchmaking. “We all want to see our alumni happily married,” says Alyssa.

The going has not been as smooth as anticipated. “It’s like when we first opened our Chabad house—we thought we’d just put up a sign and everyone would come knocking,” Alyssa says. Instead, “Matchmaking requires a lot of hustling.”

Of course, Alyssa, Dovid, and the other Chabad representatives are paddling upstream. As Alyssa puts it: “Los Angeles is very Jswipe.” Most of the time when people turn down a match, it’s because of attractiveness. “Everyone wants to see a picture first.” Dating is not the deep, thoughtful process that it was years ago, when marriage was a sacred institution. Nowadays, Alyssa says, “we have to convince people that marriage is important.”

Still, Allysa doesn’t give up. She squeezes matchmaking into whatever time she has, trying to suggest at least three matches a day. “While my kid’s playing in the bath I sneak in a few minutes, scrolling through profiles, and looking people up on Facebook.” She tries other, offline methods as well—like inviting two people who would be a good fit and sitting them next to each other at a Friday night dinner. “I always try to introduce people at alumni events.” Something’s working, and Alyssa is proud of the couple who got married after first meeting at Chabad. “It’s a start.” 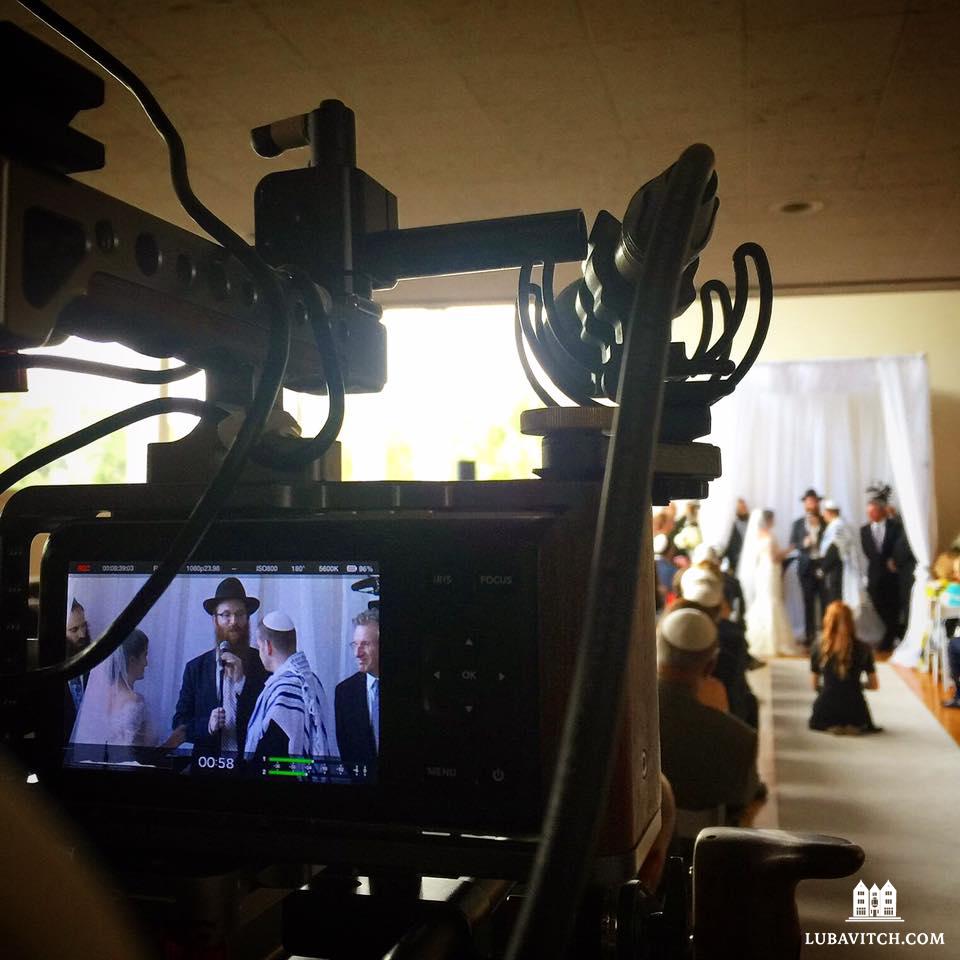 Meeting the right match isn’t always enough—good relationships are hard work. “I have no role models for marriage,” a Concordia student voiced her concerns to Rabbi Bernath. The rabbi had just moved to the neighborhood, and she was a twenty-something-year old on the brink of graduating. Her parents had divorced when she was young, and she felt like no one taught her anything about a good marriage. Even if Mr. Right walked into her life, how could she ever succeed at a lifelong commitment?

“In this country, more preparation is required for driving a car,” Bernath pointed out. Though marriage is one of the biggest decisions a young person will make, there is no widespread method for the emotional training needed to maintain a healthy relationship after putting a ring on it.

With urging from grad students and young professionals, Rabbi Bernath introduced a weekly class that would teach the relationship skills so essential to every YJP. Twelve years later “it’s become the bread and butter of our programming,” Bernath sayid. The 45-minute lecture is followed by a Q&A session and mingling time. “Anyone who comes knows that everyone else there is serious about dating,” he explained, “so there’s an extra level of openness there.”

Eleven years ago, Jason Zukerman attended his first relationships class with Rabbi Bernath. “I come from a pretty traditional background,” he says. “Shabbat and holidays are important to me on a symbolic level.” Things grew from classes to helping out with minyan on Shabbos. “On Saturday mornings I would go to synagogue and the non-Jewish girl I was dating at the time would stay behind.” It started to make more sense that he needed to marry a Jewish girl. “It started to mean something more to me.” Jason started joining Chabad for holidays, constantly attending the relationships classes. “The joke was that even if my hockey game was on I would always be there for the Wednesday night relationships class.” A friend of mine met his wife through Rabbi Bernath’s matchmaking, and she introduced me to a nice Jewish girl. “Our first date was a Purim party.” Eventually the relationship grew and Jason married his wife Carol, a nice Moroccan girl from Montreal. They are expecting their first baby in February.

Jason says the relationships classes, along with the pre-marital counseling he and Carol attended “helped us learn to communicate and navigate confrontation.” Jason values everything he learned from Rabbi Bernath. “It’s a mentorship but also a friendship.” Rabbi Bernath encouraged me to create a vessel for the blessing of a marriage. “I was about to move into a studio, but decided instead to buy a three-bedroom townhouse.” Three months later Carol and Jason met for the first time.

Becky, 29, is young Jewish professional living in Greensboro, North Carolina, where there aren’t many other Jews. “I matched up with the only three Jewish guys on Jdate in the area—and they are all over an hour away!” Despite the challenges that arise when trying to meet a husband, Becky is focused on getting married. “I keep asking my Chabad rabbi from college to set me up!” she explained. “How else am I going to meet Jewish guys out here?”

For Becky, as for so many other college students, marrying a Jewish guy is not a given. “It would be nice, but it’s definitely not a priority. For her, whether or not she builds a home that will carry on Jewish traditions largely depends on who she meets—or, maybe, who sets her up.