“We Need Your Prayers” 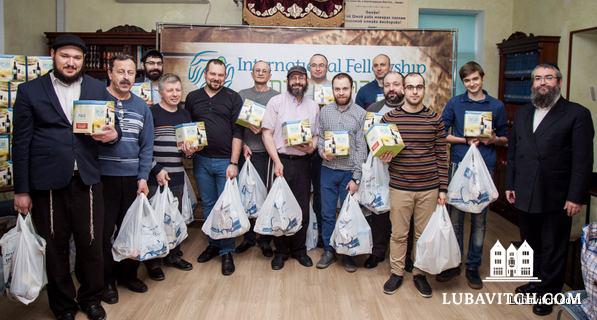 Assya Knischevitskaya rarely leaves her apartment. These days before Passover, the 67- year-old grandmother looks forward to the delivery of a jumbo package that will tide her over the holiday with food and goodies she could not possibly buy in Donetsk, a Ukrainian city now held by Russian separatists. Even if she had the money, supermarket shelves are bare. Even if she ventured out, she could get hurt by sporadic shelling.

For Assya and the 1,500 or so Jews who remain in the city, it’s been three years of a severely hemmed-in existence in a severely depressed economy with no signs of improvement. Elliyahu Ezrahov, 29, another resident who remained in Donetsk, describes curfews and blockades that curtail free movement. But he is especially rueful when he speaks of a glorious Jewish life in the city that has so radically and unexpectedly diminished over the last three years.

“Before the invasion,” he says referring to Russia’s 2014 incursion into Eastern Ukraine, “Jewish life here was booming.” Rabbi Pinchas and Dina Vishedski led a Jewish revival after the fall of communism that brought hundreds of people to shul on a typical Friday night, and more than a hundred to a beautiful Jewish day school. Today, the city’s Jewish institutions continue to operate, but barely.

Three years later, it still saddens the Jews of Donetsk, none more than people like Assya, who grew up under the whip hand of Soviet Communism only to see her city return to grim austerity. Still, the hardy woman strikes a cheerful note when she talks about the Vishedskis, grateful that they continue to care and provide for her.

Come the first night of Passover, she, Eliyahu and 250 others who remain in Donetsk, will leave their home ignoring a military imposed curfew, to participate at an elaborate seder. It will be a rare opportunity for the city’s Jews to enjoy the experience of Jewish community life that their beloved Chabad representatives nurtured over the course of 20 years.

In September 2014, lubavitch.com ran a three-part series on the cities affected by the war. Three years later, we asked Rabbi Vishedski to update our readers. 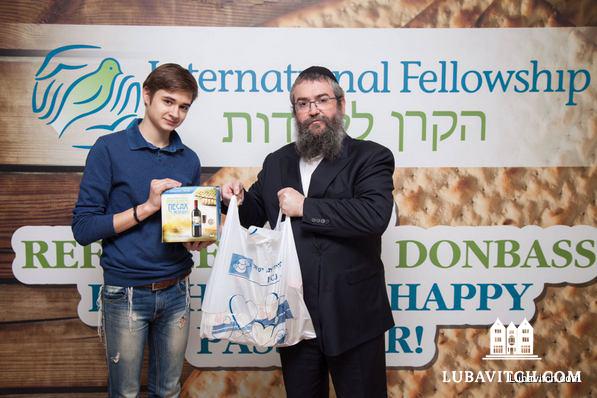 LI: It’s been so quiet in the media about the situation in Ukraine, you could assume things are back to normal.

PV: Yes, this sad story has not sustained the interest of the American media. But Donetsk is still under siege. It’s a static war, but not a day goes by quietly. Gunfire is always in the background.

LI: What does that mean for the locals who haven’t been able to leave?

PV: They’ve come to live a very restricted existence. Donetsk is a closed city today. It is extremely difficult to get in or out of the city. Bringing goods in is complicated; pharmaceuticals are difficult to obtain and the standard of medical care here is very poor.

LI: How many Jews remain in the city?

LI: Where did they all go?

PV: Many have given up hope of returning to Donetsk so they made aliyah, or moved to Germany. Others relocated to Kiev and safer parts of Ukraine.

LI: You’ve taken up residence in Kiev since you were forced to flee Donetsk.

PV: Yes, there is a very large number of Jews from our community in Donetsk who have also settled here in Kiev, so at least we are together with them. We’ve set up our center here, and we maintain direct and constant communication with our community in Donetsk from here. My wife and I continue to lead classes via teleconferencing, and do whatever we possibly can to provide all the educational and other programming for the Jews who remain in Donetsk.

LI: You continue to keep the shul open in Donetsk.

PV: Yes, our representative there, Aryeh Schwartz, opens the shul every morning. We still get a minyan for morning services every day.

LI: And the day school?

PV: Before the incursion, we had a large enrollment with grades 1-11 full of students. Now we still have grades 1-11 but with 25 students.

LI: That must be a huge strain, financially, keeping a building and paying teachers for so few students.

PV: It is. It makes no economic sense. But we are the Rebbe’s shluchim, and they are our children who need a Jewish education. Ohr Avner, under the direction of Rabbi Dovid Mondshine and Shlomo Peles, has been providing the funding that allows us to keep the school open.

LI: Tell us about your Passover activities.

PV: We are sending out these very large food packages to about 1,000 families–half of them in Donetsk and the rest for Jews of Lugansk and Mariupol. This is a project underwritten entirely by Rabbi Yehiel Eckstein, the president of Keren Yedidut who has consistently supported our outreach since the crisis. We are also arranging for communal seders in Donetsk and in various other areas in Ukraine where Jews have fled to. This entails a lot of logistics and requires considerable funding. Hundreds of Jews will be attending these seders.

LI: What is the general morale of the Jews of Donetsk?

PV: People learn to survive in difficult circumstances. There’s hardly any employment. And after three years, the status quo remains, with no change in sight. So the help we provide is really critical. It may be difficult for an American to understand how dependent the Jews who have lost everything are now on outside help. Remember, these are people who were doing well; they were the ones sustaining the community before the crisis and proud that we didn’t need outside help to do that. So psychologically, emotionally, this is a painful adjustment.

Related Articles
View All
Donetsk Jews in Exile: Pray for Us
Back in Donetsk, an eerie emptiness has replaced the noisy, boisterous JCC. The school building is closed, as is the kosher restaurant. A few Jews…
For Donetsk’s Jews A New Year Begins With Hope But Not Enough Help
Dina Vishedski and her six children fled the war-torn city a year ago, at the end of August, when the bombing and gunfire made it…
Get Inspiration to your inbox!
Newsletter
Join our weekly newsletter for inspiration and updates
Donate
Find Your Local Chabad Center
Subscribe
|
Log In
Chabad
About Chabad-Lubavitch
About Chabad Lubavitch
The Rebbe
Headquarters
Magazine
Magazine
News
News & Updates
In The Media
Impact
Social and Humanitarian
Social and Humanitarian
Education
Education
Community
Community