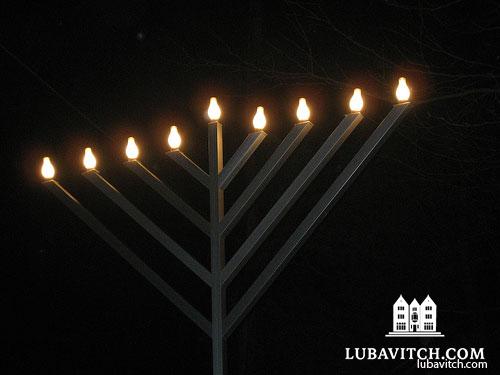 (lubavitch.com) Unite the Lights, a grassroots, nationwide menorah lighting campaign will honor the memory of the Mumbai terror victims this Chanukah.

The campaign aims to empower record numbers with the universal message of unity, light and goodness, through the Chanukah menorah lights.

Unite the Lights”asks everyone to join a local public or communal menorah lighting dedicated to the victims of Mumbai, or to plan one with their own family and friends. It also encourages individuals to make a personal commitment to a mitzvah.

“The tragedy of Mumbai and the siege of the Chabad House have awakened in good people everywhere an impulse to act. The horrible events have provoked a universal outcry and a grassroots desire to affirm the power of good,” said Mr. David Sable, who is involved in developing the campaign.

The universal appeal of Unite the Lights has sparked the interest of celebrities, political figures, and notable personalities who will carry the message on their youtube videos where they share their thoughts about their personal response to the call to actions.

The idea, say campaign organizers, is to offer a meaningful way to express solidarity with the survivors and victims of Mumbai. Chanukah celebrates the miraculous triumph of good over evil when plans to eliminate an entire people were foiled by the forces of light. This year, the eight-day Festival of Lights begins Sunday. Dec. 21.

The central Unite the Lights event will be in New York City at the Statue of Liberty on Tuesday, December 23, the third night of Chanukah with government officials joining in the festivities.

Unite the Lights has the broad-based support of Jewish organizations ensuring the greatest participation in this campaign. More information will be available later this week on www.unitethelights.com now under construction.