The Rebbe: He Wanted to Change Human Nature 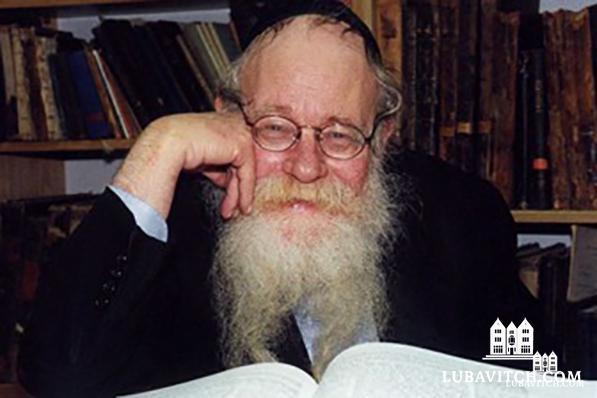 Wednesday, the Jewish calendar date of 10 Shvat, marks 70 years of the unfolding of the Lubavitcher Rebbe’s vision. On that date (January 28) in 1950, Rabbi Joseph I. Schneersohn, sixth in the dynasty of Chabad Rebbes, passed. His son-in-law (and distant cousin–himself a direct descendant of the third Chabad Rebbe), Rabbi Menachem Mendel Schneerson, succeeded him. Although he himself formally assumed the position the following year, in 1951, Chabad points to the date of 10 Shvat in 1950, as the beginning of the Rebbe’s leadership.

How would the Rebbe pick up the reins in the aftermath of the Holocaust that left the Jewish people diminished by a third, and crushed in body and spirit? How would the Rebbe bring healing to survivors nursing shame and insecurity, wanting to hide their identity, to forget, to be left alone in their grief?

“Revolutionary,” “visionary,” “prophetic.” These are among the many descriptives used to characterize some of the unusual qualities that registered in the Rebbe’s phenomenal leadership. In recent years, the Rebbe’s stunning transformation to the Jewish experience has captured the imagination of thinkers and scholars seeking to understand and analyze the Rebbe’s iconic leadership. Here, we present the first of several excerpts from my conversations with some of those authors and Jewish personalities about the Rebbe and his leadership.

Rabbi Adin Steinsaltz, celebrated teacher, philosopher, social critic, and author, has devoted his life to making the Talmud accessible to all Jews, publishing the Talmud in modern Hebrew, with a running commentary to facilitate learning. His Steinsaltz Edition of the Talmud has also been translated into English, French, Russian, and Spanish. A close disciple of the Rebbe and scholar of Chabad Chasidism, Rabbi Steinsaltz authored numerous books on Chabad themes. His book, My Rebbe, published in 2014, is his firsthand account of the Rebbe.

When Chabad was in Russia, the model Chasid spent considerable time in contemplative prayer, spiritual devotion, and was generally very inner directed. Once it relocated to America, the focus seemed to shift. To the elder Chasidim who remembered the old school, it must have been a difficult change to abide.

The Rebbe made a very conscious decision to shift the focus of the movement. I don’t know that it was an easy decision and I won’t try to absolve the Rebbe because he knew he was paying an enormous price. He knew the stakes; he knew that the experience of contemplation, a world in which Chasidim would live a different type of life was beautiful. But he saw that it was not a working tool.

So he said we cannot now afford to bask in our own spiritual work–including devotional prayer–to any great degree. It is a luxury we cannot afford now. Now we must save the people, and that demands that we roll up our sleeves and get busy doing simple, crass work.
For 150 years, Chabad was an intellectual body that craved excellence. The Rebbe said, “now we have to make it into a body that is trying to be effective.”

There are a few people who may not agree with the Rebbe. Others will ask, “Did it work?” But the Rebbe would say that it was the only way it could be done—there was no other way of doing it.
I’m not sure the Rebbe was happy about making this decision. But we as a people are being decimated by assimilation, intermarriage and by forgetfulness. People speak about the Holocaust. A terrible thing, but on the other hand, the Holocaust was not as persistent and as sure as what is happening now.
For every tick of the clock, there is one less Jew. If this is the situation, there are lots of things you cannot afford to do, morally speaking.

It has been said that the Rebbe was reluctant to accept the role of Rebbe after the passing of his father-in-law. Tell us about that.

The Rebbe clearly didn’t want the leadership. He married the daughter of the Frierdiker [previous] Rebbe and he moved to Berlin. I believe that the Rebbe may have had lots of plans, perhaps to write books and do other things, but as a private person.
In becoming Rebbe, he made his own Akeda, his own sacrificial offering. He gave up his own private life and instead, took a group of people twice hit, first by the Russian revolution and then by the Germans (the Jews in America were in very small insignificant pockets), and he made them into powerful “army.” That was very remarkable.

Through all the years of his leadership, it was plain to see that the Rebbe was set on an objective. What do you think the Rebbe was agitating to achieve?

The Rebbe wanted to do something that was more far-reaching than any revolution . . . he wanted to change human nature . . . to change the whole world. In the Talmud, we have Hillel and Shammai, the latter characteristically unforgiving of human limitations, and the former in resigned acceptance of reality. The Rebbe offered another alternative. He said, “Let us change human nature.”

In physics, something happens under conditions of great pressure. The molecules collapse and the very nature of the object changes. The Rebbe believed that the impossible was possible. He believed that when we do not only what we can do, but also what we cannot do, and that when even though there are only 24 hours in the day, we somehow work more than that, we pass into the world of impossibilities, into the era of Moshiach. It is removing human limitations and becoming transformed into an entirely different existence. It was as if he told us, “Run! Run! And if you cannot run, walk! And if you cannot walk—crawl! But always advance, always take at least one step forward.”