The Hertog Study: Tracking Jewish Continuity Through Chabad on Campus 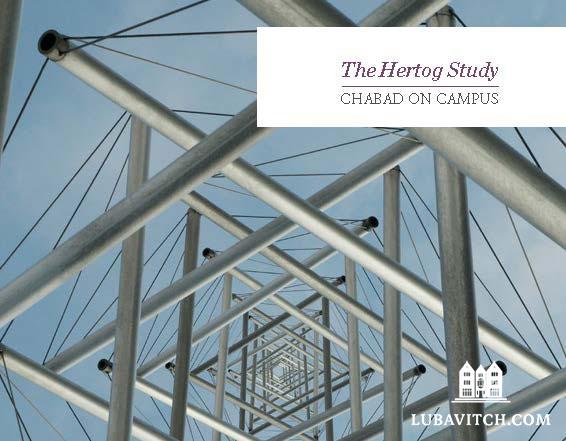 A new third-party study on Chabad’s impact on Jewish students at American college campuses challenges Jewish philanthropic organizations to take a closer look at how their charitable giving measures up and where their investments yield the most significant returns.

“The study sheds much-needed light on the power and effectiveness of the Chabad presence on college campuses,” says American businessman and philanthropist George Rohr, who has funded the establishment of hundreds of Chabad centers on campuses in the US and abroad. “As a result, philanthropists serious about investing in Jewish continuity will realize what an extraordinary opportunity they have in supporting campus Chabad Houses.”

Underwritten by The Hertog Foundation and conducted over a three-year period, the study surveyed more than 2400 alumni under the age of 30 from among 22 campus Chabad centers and looked at 18 measures of Jewish engagement. Its findings, says Dr. Mark I Rosen, the study’s lead author, “provide the evidence to dispel the misconceptions, and the data to support Chabad’s claims to positively impacting Jewish identity and engagement.” Among the misconceptions, said Rosen, associate professor at Brandeis University’s Hornstein Jewish Professional Leadership Program, was the idea that Chabad tries to influence students to become Orthodox, or to become Chabad.

It doesn’t. But it did find that Chabad encourages students to deepen their Jewish identity.

According to the study, commitment to practices such as lighting Shabbat candles and decisions like choosing to marry Jewish as well as belief in G-d are bolstered among students who participate in Chabad on campus with frequency. The most marked results showed up among students from Reform or no denominational backgrounds. For example, as much as 46% more of the students who came from no religious denomination but engaged frequently with Chabad as compared with those who don’t, decided that it is very important to marry a Jewish person. 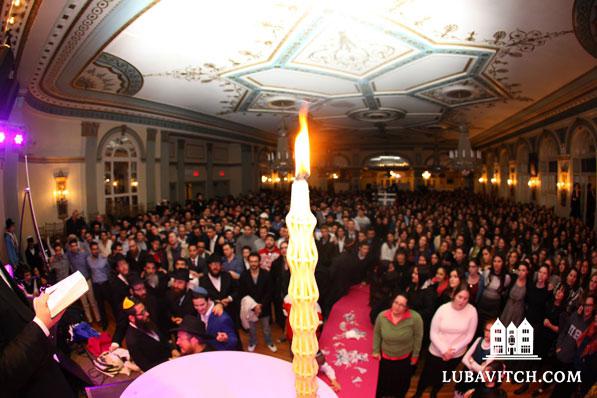 The study also found that 36% more of students with no religious background became “very attached” to Israel as a result of their high level of participation with Chabad. And the number of students (from that same group) who took leadership roles in a Jewish organization grew by 25% if they’ve spent time regularly at Chabad. The study also makes a correlation between frequent engagement with Chabad and the rise by 30% of students with no religious upbringing who consequently came to feel that “being Jewish” is very important.

None of this should surprise. Chabad’s been a compelling fact of campus life in the US for decades, and, without a study to tell them where they’re at, Chabad’s campus representatives have been impacting Jewish continuity with remarkable success. Being out in the field, interfacing directly with Jewish people from every conceivable background, the Rebbe’s shluchim have an intuitive grasp of where and what the needs are, and a keen sense of what works and what doesn’t.

A First for Chabad

Chabad’s rapid growth on campus over the past 16 years, from 35 centers in the US to 198 (there are 235 worldwide), has been well documented. But this is the first time a study collected and analyzed data on the long-term impact of its work with Jewish students.

“Chabad itself has never conducted any empirical studies, but the shluchim were confident enough in the efficacy of their work to cooperate with an independent study,” said Rabbi Yehuda Krinsky, chairman of the Chabad educational arm. “Thanks to the Hertog Foundation, we now have numbers that confirm what we’ve been claiming all along, and this should be of interest to those who care about supporting Jewish continuity.”

Chana Silberstein, Chabad representative at Cornell University since 1984 says that she, like many of her Chabad colleagues, has an ambivalent relationship to such studies. “On the one hand, the study confirms what we know in our gut.” But, says the PhD and past chairperson of her local Federation, “There’s a part of me that’s uncomfortable with these studies because we aren’t running a business. While we must have accountability to certain benchmarks—such as number of branches Chabad is opening and the number of students we reach—we can’t limit ourselves to metrics. We aren’t negating the value of the study, but if we start focusing only what can be measured, we may neglect some of the most important aspects of our work.” 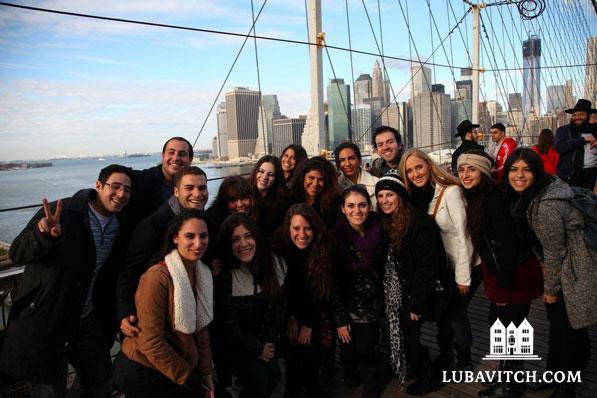 Much of the involvement by shluchim in the day-to-day of students reflects a relationship that is not readily quantifiable. “Students are impacted by observing shluchim families in the supermarket or other informal moments; by interviewing them for class papers they are writing. Some years you spend an inordinate amount of time with a few students who deeply need the support in lieu of planning events that touch many students, albeit shallowly. Sometimes you stay up all night with a student you will never meet again. We are thrilled to see evidence of our efforts impacting future Jewish involvement in a variety of ways. But I never want to lose sight of what we mean to a student in this particular moment, independent of whether there is a ripple effect on that student’s future.”

Understandably, if you are a foundation or a philanthropist deciding where your money will be put to best use, you may need the metrics to convince you. “Until this study, all the evidence was anecdotal,” said Mr. Roger Hertog, president of the Hertog Foundation and the Tikvah Fund. In an interview with lubavitch.com, Mr. Hertog said that his high regard for the Rebbe and the work of Chabad motivated him to fund the project. “This is the first time that someone has put such data forward, and though we had no idea which way it would go, the evidence is pretty positive.”

It is late September at Stanford University and students are settling in for the new school year. Rachel and Dov Greenberg counted 25 rsvps on their facebook page for Shabbat dinner. They set up for 75. (Fifteen years at Stanford have taught them to prepare for triple the number of reservations.) The living room and dining room of the Chabad House—also the Greenberg family home—fills up quickly, and as more students spill into the Chabad House, they pull out more tables. At 11 p.m., students are still coming in. There is no shortage of food, but now there is standing room only.

All told, 105 students—an impressive number considering that the semester hadn’t yet begun—celebrate Shabbat with the Greenbergs. Dov and Rachel work the room, concerned about establishing a personal connection with each new face. The Greenbergs are now in the process of recruiting another Chabad couple so that no student gets overlooked.

“Judaism is not threatened by great acts of betrayal and abandonment,” reflects Dov. “As the study confirms, it is endangered by small acts of negligence and neglect. Therefore it is saved by small acts of renewal and rededication—one deed at a time, one student at a time.”

For Chabad campus representatives who are typically underfunded by Jewish philanthropies, the study may prove to be a useful resource. It may inspire in more funders the confidence of Mr. Rohr who has been investing prodigiously in Chabad well before he had the benefit of the Hertog study.

“For Chabad shluchim going out to their post, there is no ‘Plan B,’” he told lubavitch.com. “Failure is simply not an option for them. There’s no better investment than partnering with inspired ‘entrepreneurs’ who have so much skin in the game.”

Baila Olidort is director of communications at Chabad Headquarters

Related Articles
View All
Finding Family, Faith, Future With Chabad of Binghamton
Tevye the dairyman was at a loss to explain the whys and wherefores of his Jewish traditions. Not so the digital natives and newly minted…
At Chabad House Bowery, NYU Students Lead
At Chabad House Bowery, NYU's Jewish students get to test their acquired skills and exercise their creative talent towards building a dynamic Jewish community on…
Get Inspiration to your inbox!
Newsletter
Join our weekly newsletter for inspiration and updates
Donate
Find Your Local Chabad Center
Subscribe
|
Log In
Chabad
About Chabad-Lubavitch
About Chabad Lubavitch
The Rebbe
Headquarters
Magazine
Magazine
News
News & Updates
In The Media
Impact
Social and Humanitarian
Social and Humanitarian
Education
Education
Community
Community