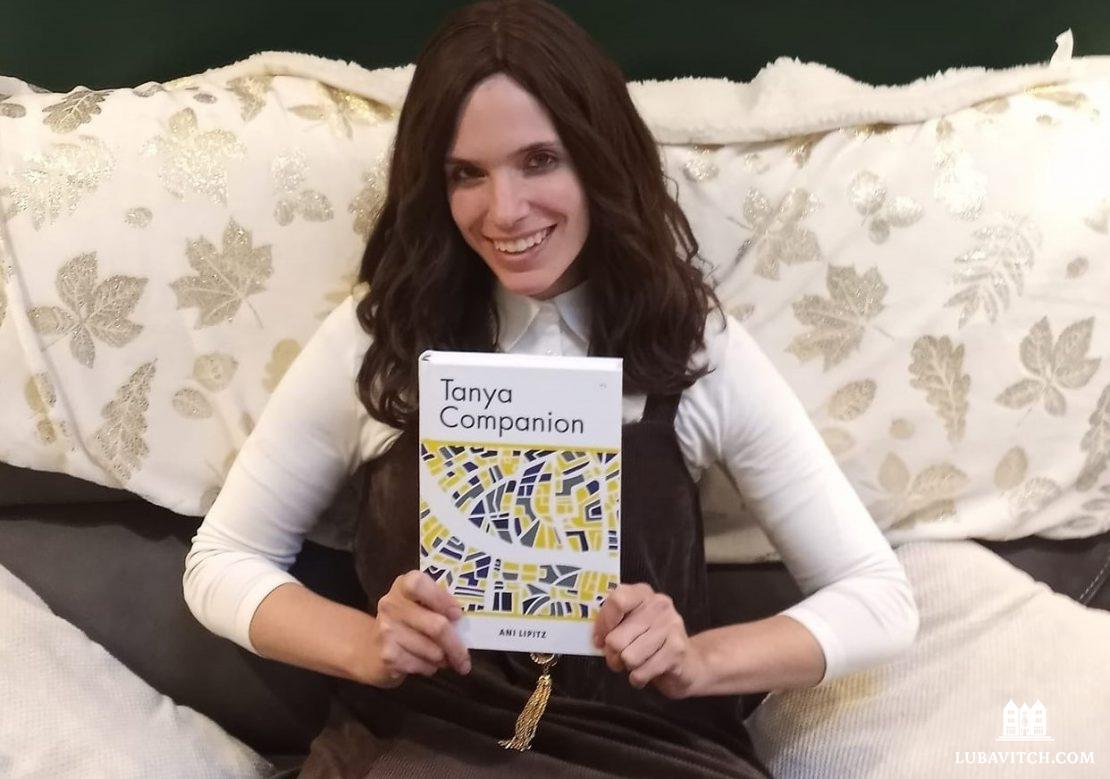 Ani is a statistical outlier. She has sustained an 80 pound weight loss for more than a decade, a feat less than three percent of the population can claim. And in her winning essay on ChassidusApplied.com, entitled, “Short but Long: Why Diets and Other Lifestyle Changes Fail,” she explores the Chasidic approach to making life changes last.

Whereas most diets talk about simple approaches (keto, Paleo, and others that tell you what to eat and why and promise the achievement of short-term objectives – feel better! Look great! Improve your health!), they basically consist of a quick and easy fix to symptoms. Almost everything can work for a while, but one day the pressure of repressing our instinctual desires gets to be too much… and one is back to being a statistic.

Ani argues that the only approach that can work in the long term is deeply internalizing why to lose weight. This is an existential why–who am I, what kind of person do I really want to be? It is not a quick process. Yet, as she explains, those who are successful in the long term must be able to tell themselves with conviction, “This is not who I really am! I am not a slave to my cravings. I am not subservient to food. My truest self is not sluggish or lazy. My truest self is full of life and energy and discipline. My truest self is a part of G‐d, and I am ready to honor and embody that self.”

The Long Road to Change

Indeed, this is an approach that has successfully led Ani through other dramatic life changes. Born to an Italian Catholic family in Binghamton, NY (yet one with little emphasis on religion), Ani briefly attended Sunday school and took her first Communion, until dropping out of church, with no objections from her parents.

Her mother was a full-time homemaker for Ani and her two younger sisters. Her father, a dentist, was more spiritually inclined. Ani listened to New Age music and meditated with him.

When she began middle school, trouble was brewing in the Lucia home. Her father entered rehab for an opioid addiction. Her parents separated and eventually divorced. (Her father recovered, and went on to counsel other dentists with substance abuse problems.)

“The dissolution of my family was very painful,” said Ani.

“I Can’t Live Without You”

Still emotionally raw from her family’s trauma, Ani went off to Ithaca College, where she studied filmmaking and, she said, “made a lot of really bad student films.”

And then she embarked on the “long shorter way.”

Seeking a connection to a Higher Being, she tried living as a hermit in the forest outside the college.

Finally, during the summer between her freshman and sophomore college years, she discovered that she could actually have a rapport with G-d.

“I was in the depths of existential despair,” Ani describes. “I told G-d, ‘I cannot live without You anymore.’ Suddenly I felt as if a veil lifted. I felt myself emerge from the darkness I was in. I was able to see that every aspect of life has a purpose, and that G-d is intimately involved in directing and expressing Himself through everything that exists.”

Her spiritual awakening relieved a lot of her emotional pain, leading her to forgive family members who had caused her trauma. “I realized that G-d had orchestrated everything I had been through, and that I needed to experience it,” she said.

Upon returning to college, Ani continued to seek spirituality, skipping class to meditate in the woods. “While it was sweet floating around the clouds, my deepest self was yearning to get back into the world. My prayers went from begging for transcendence to pleading for a path that would anchor me to this world.”

“Is That a Pickup Line?”

Ani’s prayers were answered, and the path soon emerged, when an acquaintance, Bradley Lipitz, invited Ani to a class at a Chabad House taught by Rabbi Dan Lewin in Binghamton, her hometown.

Ani was fascinated by Rabbi Lewin’s class, which focused on the concept, “Better is one hour of repentance and good deeds in this world than the whole life of the World to Come” from Ethics of the Fathers. The theme resonated with her drive to fuse spirituality with “real life.”

Ani engaged in intense online learning at Chabad.org and started attending Shabbat dinners with the Lewins. “I fell in love with Shabbat. I could actually feel the elevated spiritual consciousness of the day.”

Speaking of love, Bradley was confident that Ani was his soulmate. “He told me that I had a Jewish soul,” said Ani. “Skeptical, I asked him if that was a pick-up line. Turns out he was right!”

Ani began to get serious about converting. As a non-Jew, she had the option to simply follow the Noahide Laws, the seven universal laws for all humankind.

“At times during the conversion process, I wondered if I was crazy,” said Ani. “I would be shedding my whole orientation to reality and giving up my family, which by then was in a much healthier state.”

Ultimately, Shabbat was the dealbreaker. “I couldn’t imagine living without Shabbat,” she said. That clinched her decision to become Jewish.

Her fear about losing her family connections turned out to be unfounded. Since Ani became Jewish, her parents, step-parents, and sisters have been loving and supportive.

Less than a year after her conversion, Ani married Bradley, who by then was using his Hebrew name, Zechariah, and was Torah observant. Ani, who had earned a master’s degree in Student Affairs from Binghamton University, and “adores youthful energy,” worked in the Career Center at Pace University for ten years. She now teaches at Monsey Beis Chaya Mushka high school, near her home in Pomona, NY. Ani and Zechariah have four children, ages 18 months through eight years old.

Ani is inspired by learning Torah, especially Chasidic philosophy, or Chasidut, and applying it to aspects of daily life. At her own website, geulavision.com, and YouTube channel, Geulavision, she and guest lecturers share Chasidic insights with an eye to practical application.

In what may be her crowning achievement thus far – aside from her beautiful family – Ani recently published a book, Tanya Companion, based on the seminal work of Chabad Chasidic philosophy, Tanya, by Rabbi Schneur Zalman of Liadi. Tanya Companion takes the reader through the daily portion of Tanya in easily understandable English while preserving the Chasidic terminology in its original Hebrew. A thorough glossary helps even the beginning reader understand the concepts.

Pesach: Going Out of Limitations

For Ani, celebrating Pesach as a convert is not about nostalgia or a continuance of family traditions. She focuses on the Exodus from Egypt, Yetziat Mitzrayim, as an opportunity for personal “exodus” from one’s own limitations. (The Hebrew word for Egypt, Mitzrayim, is related to the word for limitations, “metzarim.”)

“Going out of my limitations was all about coming to my essence, coming to my true identity as a Jewish woman,” she said. “Eating matzah is a chance to internalize the truth that none of us is limited by our human narratives.”

Related Articles
View All
Conversion
Rifka’s Hot & Cold Journey to Judaism
After her stormy teenage years, Rifka Chilungu gave up on atheism, got hooked on Judaism, and missed her college graduation to attend a Brooklyn seminary
Conversion
Ep. 15: How A Cambodian Princess Embraced Torah Judaism
The 15th episode in its series of podcasts about the personal struggles and achievements of Chabad representatives
Get Inspiration to your inbox!
Newsletter
Join our weekly newsletter for inspiration and updates
Donate
Find Your Local Chabad Center
Subscribe
|
Log In
Chabad
About Chabad-Lubavitch
About Chabad Lubavitch
The Rebbe
Headquarters
Magazine
Magazine
News
News & Updates
In The Media
Impact
Social and Humanitarian
Social and Humanitarian
Education
Education
Community
Community