"Paris' Vibrant Jewish Life Will Not Shut Down" 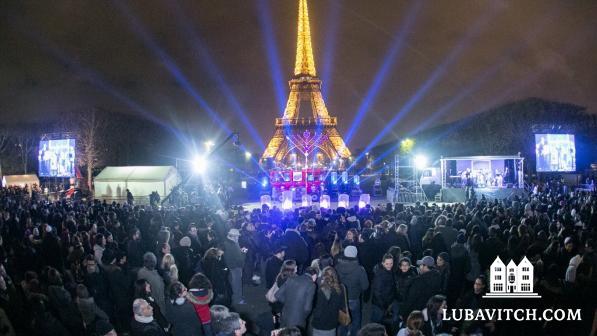 “It is with profound outrage that we mourn all those murdered at the hands of terrorists in Paris last week, including four Jews at a kosher supermarket. Seized Friday afternoon as shoppers were preparing for Shabbat, the terror at the store leaves a Jewish community feeling vulnerable.

“With the largest Jewish population in the EU, the safety of France’s Jews is of deep concern to us. Chabad-Lubavitch represents hundreds of thousands of Jews in France. In Paris alone, with some 35 Chabad centers, including schools, shuls, and yeshivas, our representatives serve Jews in every district of the city. Indeed, two of the murdered, Yoav Hattab and Phillipe Braham, had close affiliations with our institutions.

“Chabad representatives in France have and will continue to further enhance security measures to protect the men, women and children who come to study, to pray, and to socialize at Chabad Houses. But they will not shut down the vibrant Jewish life that they have nurtured in Paris, and that the city’s Jews have now enjoyed for many decades.

“Prime Minister Valls was right in acknowledging that France will be judged a failure if its Jews are forced to flee. We urge Paris’s city authorities and the French government to take decisive steps to ensure the safety and security of France’s Jews and all its citizens.

“On behalf of Chabad-Lubavitch worldwide, our condolences to all the survivors and families of the victims. May G-d comfort them among the mourners of Zion and Jerusalem.”

Related Articles
View All
A Teacher in Paris: Rabbi Shmuel Azimov
Emissary of the Rebbe to Paris since 1968, Rabbi Shmuel Azimov, who passed away Wednesday, November 5, 2014, was credited by many for the sweeping…
France: In Face of Anti-Semitism, Jews Deepen Identity
Friday's terror siege on a kosher supermarket in France, in which four people were killed, is the most recent of anti-Semitic violence that has targeted…
Get Inspiration to your inbox!
Newsletter
Join our weekly newsletter for inspiration and updates
Donate
Find Your Local Chabad Center
Subscribe
|
Log In
Chabad
About Chabad-Lubavitch
About Chabad Lubavitch
The Rebbe
Headquarters
Magazine
Magazine
News
News & Updates
In The Media
Impact
Social and Humanitarian
Social and Humanitarian
Education
Education
Community
Community