Standing Up To Antisemitism In The Bluegrass State 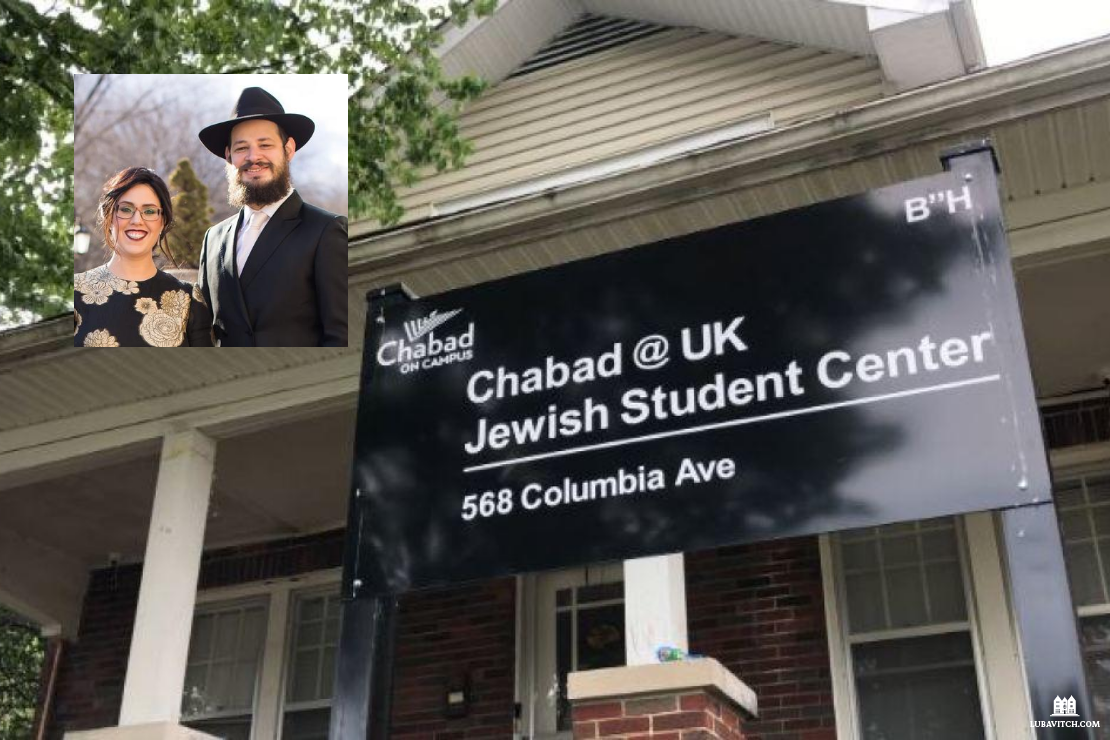 A Kentucky rabbi responds to antisemitism with pride and education

When a Kentucky rabbi found himself the target of a white supremacist last week, he vowed not to be intimidated. Instead, he acted to combat ignorance and hate with a creative initiative.

Rabbi Shlomo Litvin, director of Chabad of the Bluegrass and the Chabad at UK Jewish Student Center at the University of Kentucky, was concerned when residents of Lexington found a threatening note in their mailbox. “BLOOD AND SOIL BLOOD AND SOIL JEWS WILL NOT REPLACE US [sic].” Many called the rabbi to express their concerns, and support of the Jewish community. Local Jews reached out, feeling vulnerable and shaken.

Rabbi Litvin responded with letters of his own. In a style similar to the original notes which had referenced Jews and other minorities, and encouraged the men and women of the Aryan nation to stand up, the rabbi put out a message of inclusion and support. “You are irreplaceable. Your unique background and experience add to our incredible community. We stand united regardless of race, religion, or origin,” the notes read. He included an offer of support for anyone going through a difficult time, and dropped the notes on doorsteps around town.

Local media picked up the story, and the rabbi’s message of unity, love and strength featured prominently on the weekend news cycle. “Our reply to being told to leave is to be prouder, to be more vocal. I love Kentucky and I love this community,” said Litvin, who is the state’s second-ever locally born rabbi to serve in Kentucky.

His message hit a nerve and on Monday morning Rabbi Litvin got a call from the Washington state based Vice President of 14 The Foundation, the organization behind the letter campaign. In a profanity laden, vitriolic torrent of words, Ronald Murray referenced the Rabbi’s center and home addresses in Lexington. “Your Jewish privilege won’t help you,” he spat, before calling the rabbi a “yarmulke-wearing Shylock,” and hanging up, still spouting a string of expletives.

This was a personal threat on the home where Rabbi Shlomo, his wife Shoshi, and their five young children live. The rabbi called the FBI and met with security experts from Chabad on Campus and Chabad-Lubavitch Headquarters.

But he did not back down. He noted his colleagues in the world of Chabad who serve in places far more inhospitable to Jews than America’s heartland and his parents who have served as Chabad emissaries in Louisville for over thirty-five years. “It was very unpleasant, but Chabad is here to stay,” he shared with Lubavitch.com.

Instead, he took to Social Media to share his thoughts and introduce a new initiative. He acknowledged the privilege he has to serve the Jewish community, and the benefit of Torah-wisdom that protects him from going down a path of ignorance and hate. “I will continue to flaunt my Jewish Privilege, and celebrate my faith, and continue to be my Yarmulke wearing self,” he wrote. In response to the ignorance that breeds antisemitism, he announced the introduction of two new courses he will teach over the next eight weeks. The courses, respectively titled “What is Judaism?” and “The What and Why of Antisemitism,” will seek to strengthen Jewish engagement, and look at how Jewish-allies can become effective agents in combating antisemitism.

Rabbi Litvin says he has received much support from the media, human rights organizations, and local officials. While taking precautions to protect his family and community, he vows not to be cowed by those who perpetuate the world’s oldest hatred. “Whether in Russia, Pittsburgh, or Kentucky, my ancestors remained staunchly proud in the face of antisemitism. They stayed strong, educated the next generation and outlasted their detractors, and we will do the same. It’s good to be a Jew!”