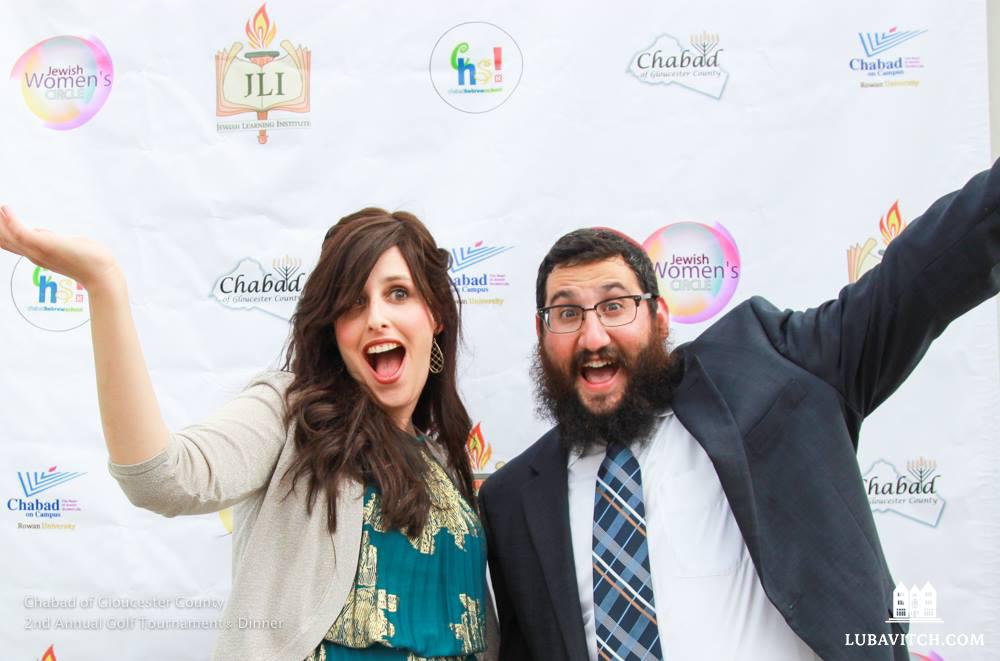 Rabbi Avi and Mina Richler are Chabad’s emissaries to Gloucester County, New Jersey, where Jewish life is seeing a surge.

In a small corner of southwestern New Jersey lies little known Gloucester County. In 2007, with a Jewish population of about 1,000, the sleepy town was not the most promising destination for a rabbi looking to build. To put the numbers in perspective, nearby Cherry Hill and Philadelphia have Jewish populations of 30,000 and 214,000 respectively. Barely large enough to support its only Jewish organization—a Reconstructionist temple—it was a community “with no Jewish Federation, no JCC, no kosher aisle,” recalls Rabbi Yisroel Rapoport, the Chabad representative in nearby Vineland.

Still, Rapoport saw potential. “Whenever a Jew from Gloucester County needed something Jewish, I’d get a call.” As the calls increased, he wondered if the town needed a rabbi of its own. But finding someone up for the challenge proved to be no easy feat. “We had several prospective rabbis come out and look at the community,” Rapoport says, “and none of them thought establishing a Jewish community was possible.”

Rabbi Avi and Mina Richler had a different perspective. “The numbers never scared us. If we could engage the population fully, we’d have one of the biggest Chabad houses in New Jersey!” And so, in 2007, an optimistic couple left Brooklyn for Gloucester to start a new Jewish community. That was ten years ago.

“Friends, family, colleagues, lay leaders—they all warned us that we wouldn’t last more than six months,” remembers Avi. And in the first few weeks, that fear was plausible. “There honestly wasn’t much to do. I had to be creative to fill up my days. I would drive around town looking for mezuzahs.” That’s how Barbara Bond, now a longtime Chabad supporter, first met the Richlers. “The doorbell rang, and there was this young, bearded Jew. The first thing I thought was—I didn’t know there were other Jews in Gloucester County!”

Taking it one soul at a time—an encounter at the supermarket, a chance introduction at the park—the Richlers made connections. That first Chanukah, there were eleven people around their dining room table. For the Richlers, that represented a treasure trove. “Every Jew matters,” says Mina.

The people who got involved were ever grateful. “Before Rabbi Richler came to town, Judaism was not local,” says Melissa Swanson, who was born and raised in Gloucester County. “We had to drive almost an hour to Cherry Hill anytime we needed matzah or a menorah!” Gradually, more and more Jews started coming out of the woodwork. “We met people whose Jewish identity consisted of the knowledge that their grandmother was Jewish,” says Richler.

A group of Jewish students at local Rowan University heard about the new rabbi in town. They reached out asking him for funds, and Chabad sponsored their first Jewish event on campus. Two years later, Mina Richler started a Hebrew School with four children around her dining room table. The Richlers rented a tiny office space where they led bi-weekly Shabbat services. “We became known as a one-stop-shop for anything Jewish in town—funerals, weddings, hospital visits—we’d get the call.”

With such a small community, finances were a constant struggle. “In the early years, 90 percent of our funding came from friends and family back in Crown Heights.” Always on a shoestring budget, they never used credit cards and became expert couponers.

Year by year, Shabbat dinner by Shabbat dinner, a Jewish community started to form. Hebrew School went from four children to ten children to fifteen children. Shabbat services became weekly. Mina started a women’s group, then a teen club. In 2011, the Richlers closed on a small bed-and-breakfast-turned-house in the town’s historical district, a permanent home for Chabad of Gloucester County.

Soon balancing community work with activities on campus became a struggle. The university had grown from 8,000 to 19,000 students, its Jewish population almost doubling simultaneously. It was time to hire another couple to help out. Rabbi Hersh and Fraidy Loschak joined the team in July of 2013. The following year, the first Jewish student center on campus opened.

By September 2017, the Hebrew School had grown to four classes. Adult educational classes were gaining popularity, along with Tefillin Club and a women’s coffee group; community trips to Israel attracted new families to Shabbat services; 180 people gathered for a public menorah lighting. By now, the community had grown to 1,500 Jews. The district’s plans for a new hospital is expected to bring in 1,600 new jobs and will likely draw many Jewish medical professionals to fill those positions. “The growth is just beginning,” predicts Avi.

Having outgrown its space, Chabad purchased a 9.5 acre lot in the center of town. Plans to break ground on a new $1.2 million Chabad center are scheduled for this summer. “It’s been a series of miracles to get to where we are today,” Mina acknowledges.

Financial pressures remain a challenging reality, “but it’s a good challenge,” Avi reminds himself. “Our expenses are rising along with our expansion.” Now, it often feels like there isn’t enough time in the day. “There are so many different needs to accommodate within the community.”

The challenges of the early years, scouting out one lone Jew at a time, seem far behind them. Avi laughs as he remembers his first year, when he’d often take trips to the mall, spending four or five hours meeting Israelis who work at the kiosks. These days, there’s no room in the schedule for that. The good rabbi scratches his head. “I can’t remember the last time I’ve been to the mall.”

To learn more about Chabad of Gloucester County, visit www.jewishgloucester.com.