#ShareShabbat: When a Hashtag is an Invitation to Services and Solidarity 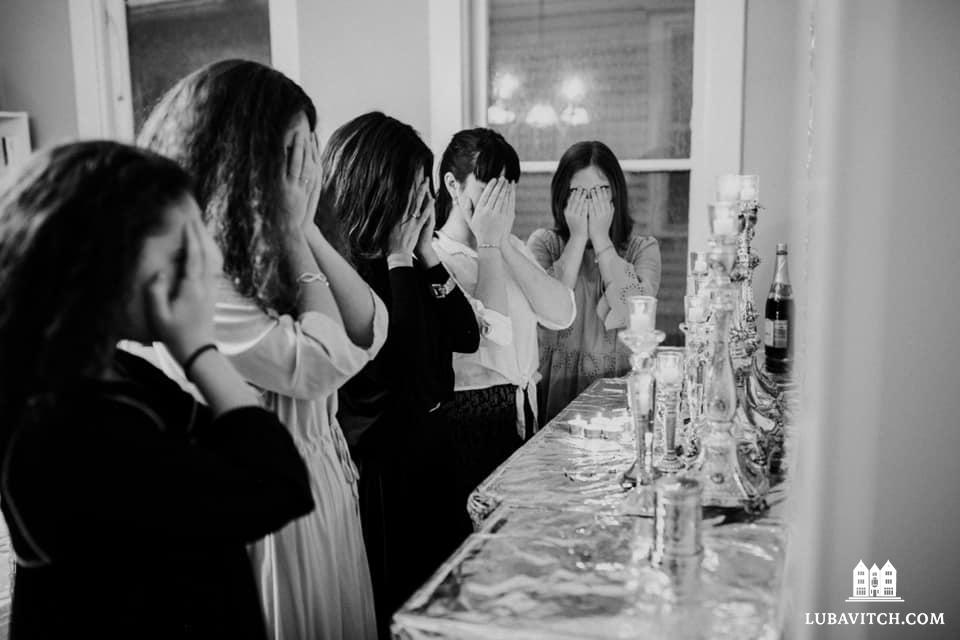 This Shabbat, several thousand synagogues around the globe will throw open their doors to hundreds of thousands of Jews who will show, through presence and solidarity, “am yisrael chai.”

Those are the words Rabbi Yisroel Goldstein, rabbi of Chabad of Poway’s San Diego area synagogue cried out immediately following the attack. With the terrorist on the loose, emergency services on the way, and his own hands in disrepair, the rabbi told his people, “the Jewish nation lives!”

Lori Gilbert Kaye lost her life Saturday morning when she came to honor her parents’ memories during the kaddish ceremony. A young girl from Sderot, Noya Dahan, was injured by shrapnel in a city her parents chose for its safety. Almog Peretz, Noya’s uncle, was wounded shepherding children to safety.

Amidst the overwhelming communal support and the flowers lining the Center’s periphery, a grassroots effort to honor Lori’s memory and the synagogue she loved dearly went viral, fast. #ShareShabbat is more than a hashtag. It’s a call from Goldstein to fill sanctuaries and show the world that the Jewish nation will not be cowed.

Chabad of Poway is leading the movement with an open Friday night service and kiddush on the patio. A tribute dinner, exclusive for community members, will be held immediately following.

Some 20 miles away, Rabbi Zalman Carlebach is coordinating a mass phone bank Wednesday evening. He and several others are calling 3,000 Jewish residents of San Diego’s downtown neighborhood. Their message is simple: “We’re ok, are you ok? Please join us this Shabbat.” His centrally-located center usually attracts 50 people each Shabbat. This week, he anticipates 300. Friday night he and his wife Nechama Dina will host a communal dinner. At 11:23 Shabbat morning (the time terror exploded last week) he will lead a prayer memorializing Lori and praying for the recovery of the wounded. 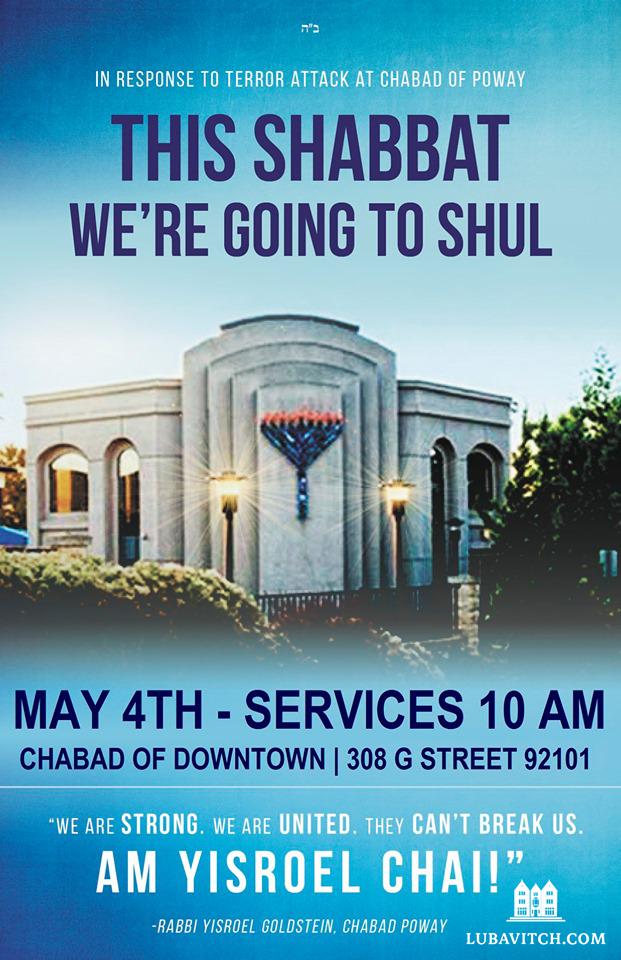 Carlebach chatted with Lori at an event last month in San Diego. Every time a friend of hers was heading downtown, the big-hearted woman sent a check in support of Chabad’s work in the city’s center. To kick off the Shabbat of Solidarity, and honor her memory, hundreds of women are expected at a challah bake Thursday night. Lori baked fresh loaves each week, often depositing them in friends’ mailboxes and on their doorsteps.

Amidst heightened security, rabbis around the world note that fear isn’t keeping people away. The opposite appears to be happening. Record attendance is expected at many congregations.

“At this time, people need an outlet for their sorrow, their anger, their sadness,” Carlebach explains. “People want to do something. And that something is coming to shul, showing G-d and each other that we are uniting in holiness.”

The sorrow hit close to home for students at Pittsburgh’s Carnegie Mellon, near a synagogue attack six months ago. “Two students came knocking on our door last Shabbat to tell us the news and to talk about it,” recalls Rabbi Shlomo Silverman, Chabad’s campus rabbi. “They have faced a lot of trauma here, and it’s really sensitive.” Events this weekend will be low-key but powerful. Carlebach is planning a candle-lighting ceremony for women and a tefillin-laying initiative for men to herald Shabbat. At dinner he plans to talk about “being stronger, together.”

A few days ago Carlebach received a call from a colleague in Ukraine. “He couldn’t believe how the world has changed that he’s calling me, in America, to see if I’m ok,” the rabbi muses.

“You would never believe that this could happen here in California. Terror has hit home. And we are going to fight it.”

Related Articles
View All
STATEMENT BY CHABAD-LUBAVITCH HEADQUARTERS ON THE POWAY SHOOTING
“Stop the dangerous downward spiral of anti-Semitism”
Get Inspiration to your inbox!
Newsletter
Join our weekly newsletter for inspiration and updates
Donate
Find Your Local Chabad Center
Subscribe
|
Log In
Chabad
About Chabad-Lubavitch
About Chabad Lubavitch
The Rebbe
Headquarters
Magazine
Magazine
News
News & Updates
In The Media
Impact
Social and Humanitarian
Social and Humanitarian
Education
Education
Community
Community