STATEMENT BY CHABAD-LUBAVITCH HEADQUARTERS ON THE POWAY SHOOTING 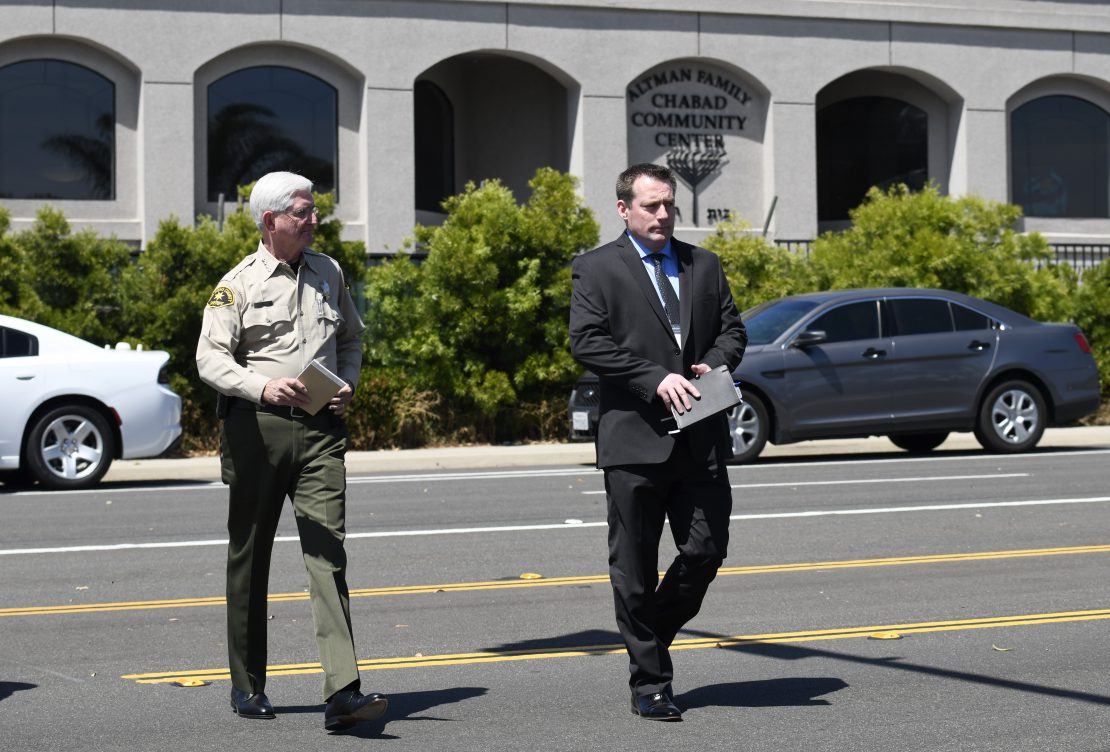 (Lubavitch.com) Upon the close of the Sabbath and Passover holiday in New York, we learned of the shooting at Chabad of Poway, in San Diego. The murder of an innocent woman and the wounding of several others who were celebrating their faith in the synagogue, on the terra firma of our freedom-loving country, is appalling and heartbreaking.

We extend heartfelt sympathy to the family of Lori Gilbert-Kaye upon their terrible loss. We mourn with you in your time of grief.

Lori was a founding member of Chabad of Poway. Friends say Lori, 61, was a generous and big hearted person who was always so positive and will be deeply missed.

Our prayers for a speedy recovery to Rabbi Yisroel Goldstein, Almog Peretz and nine-year-old Noya Dahan, who were viciously injured by the shooter.

We are grateful for the heroic efforts by individual(s) in the synagogue blocking the shooter from inflicting further injury and preventing greater loss of life.

We are thankful to the California Highway Patrol in San Diego for their quick response in apprehending the shooter.

Chabad-Lubavitch is an integral component of Jewish communities in every one of the states, in hundreds of communities nationwide and in Jewish communities throughout the world. Our regional representatives are very concerned for the safety of every Chabad House/Center, and we are grateful for all the support by city and state agencies who work closely with them toward enhanced security measures.

“There are some 207 Chabad Centers in the state of California serving its Jewish population across 129 cities,” said Rabbi Shlomo Cunin, California’s head Chabad representative. “We are grieving for the loss of life here. We are determined to ensure that all our centers in the state are safe and protected from such hateful violence.”

Anti-Jewish violence in the United States has now risen to a level that cannot be ignored or dismissed. We appeal to members of government on the local, state and federal level, media agencies, school teachers, college professors and university leaders to lead responsibly and take the initiative to uproot the destructive scourge that threatens the core values of this country.

Let us remember that while primitive hatred against Jews was allowed to fester in many other countries, ultimately to the detriment of all their citizens, America’s values of tolerance and lovingkindness, and its commitment to law and order have been its greatest assets.

“The alarm bells of recent events are ringing, and we call upon leaders from across all political divides to stop the dangerous, downward spiral of anti-Semitism,” said Rabbi Yehuda Krinsky.

“In the spirit of Passover, the Festival of Freedom, may we each commit to work to bring security, healing and unity to our fractured nation.”

Survivors and the San Diego County Sheriff’s deputy outside of the Chabad of Poway synagogue, Saturday, April 27, 2019, in Poway, Calif. A man opened fire inside the synagogue near San Diego as worshippers celebrated the last day of a major Jewish holiday. (AP Photo/Denis Poroy)