Search and Rescue Mission for Israelis in Himalayan Storm 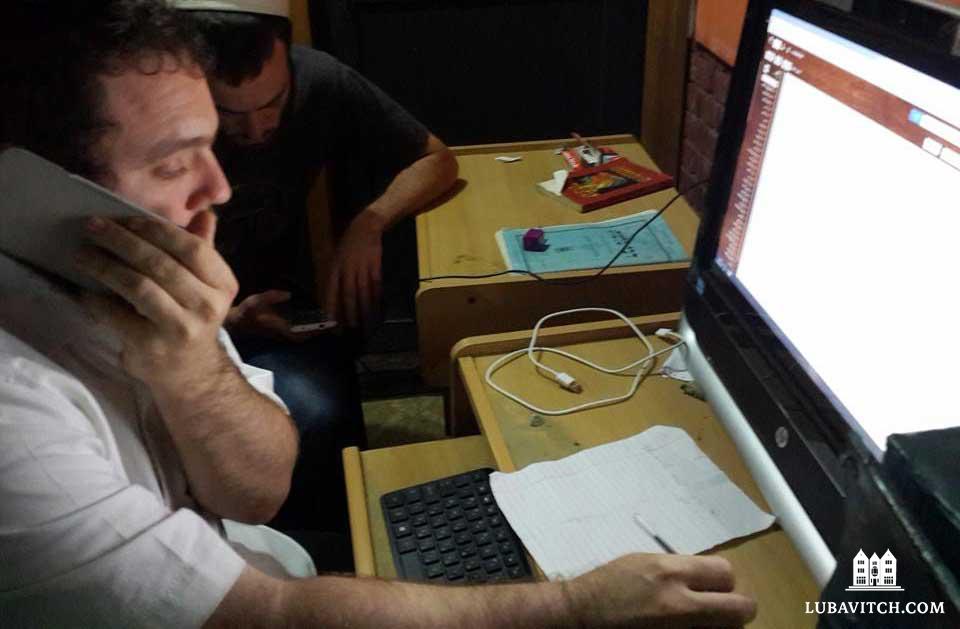 Rabbi Chezki Lifshitz fields calls in a makeshift situation room at the Chabad House in Nepal.

The mood is somber at the Chabad House in Kathmandu, Nepal, after a storm in the Nepalese Himalayan region last week left four Israelis dead. In an unusual weather pattern, blizzards and avalanches, following the tail end of a cyclone struck eastern India.

The mountainous area is a favorite for Israeli backpackers, who venture there after completing their mandatory stint in the Israeli army. For most of them, the Chabad House in Kathmandu serves as their hub, a place to connect with other Israelis, their home and their heritage.

It’s also where many of the backpackers leave their trek route, their information and other identifying details before heading out. So in the midst of the Sukkot holiday, the Chabad House turned into a situation room. Chabad representatives Chezky and Chani Lipshitz, and Israelis in the area, were trying to contact backpackers, update their families in Israel and make sure that everyone’s medicals needs are met.

“There’s always difficulty communicating with people in the area where the trekkers were, but now especially after the storm, it became tough to reach anyone,” Rabbi Lipshitz said.

Ten hours away from the Chabad House, the trapped Israelis had to fight for their survival while at the Chabad House, people were busy assisting relief efforts with the Nepalese government and the Israeli embassy.

The Chabad center organized a google docs with a list of four hundred Israelis, color coding their names, indicating what their status was. By Monday morning most of the trekkers were accounted for. On the wall, in thick blue marker, on the notice board are three notices in Hebrew:

“A mission of [Israeli] air force medical staff are ready to assist you call or whatsapp.”

“Therapists are ready to care for your emotional needs…”

“The funeral of Masu’ot Yitzhak will take place tomorrow…”

“As it is it is tough to breathe on the mountains, compounded with the freezing weather and snow, we were scared that many would just sit on the side of the track and freeze to death,” he said.

Slowly information seeped through, proving his worst fears. By Monday morning the body of Michal Gili Cherkesky was found. The thirty-six year old arrived on a mission:  to close the circle of a tragedy in which her friend was killed 13 years earlier. “It was a double tragedy. She related to me that the she would be taking the same trail her friend had traveled, and that, ultimately, is where they found Michal’s body. She was so excited to go on that same trail,” says a tearful Chani Lifshitz, the Chabad representative to the Nepalese capital. “We were so hoping to find her alive. It is just so painful.”

For Lipshitz, who hosted the Israelis during the holidays, news of the fourth Israeli who was killed was almost unbearable. “They just celebrated the holidays with us and then they went on their trip.” By Tuesday morning, most of the wounded Israelis left to Israel, and the Chabad House was beginning to return back to its normal schedule. However, there are still close to a dozen Israelis still missing and many traumatized Israelis still in Nepal.

“We have very mixed feelings at this time. On one hand, we are so grateful for every individual who was rescued. On the hand, we are worried about the wounded, and we are grieving over the deaths of the four Israelis,” says the rabbi.

“This is very difficult. Every tragedy is heart wrenching. But we need to pick up the pieces. We must continue to take care of the many wounded, those who are emotionally distraught and need our immediate assistance.”

Related Articles
View All
Nepalese Prime Minister Meets With Chabad Leadership
The Prime Minister pledged to strengthen his government’s relationship with Chabad in Nepal. He also affirmed his country’s long-standing support of the Jewish state.
Bim, The Boy From Nepal
He’s the good looking, buoyant 12 year old Nepalese boy who greets visitors to Katmandu’s Chabad House with a huge smile: “Hi I’m Bim, the…
In Nepal, Israelis Examine Jewish Identity
Dhulikhel, a resort village with panoramic views of the famous Himalayan mountain ranges, is an idyllic setting for soul searchers. Here, Chezi Lifshitz, the Chabad…
Finding Judaism in Nepal, Celebrating in Israel
It was meant to be a small reunion of Israeli backpackers who had spent time with Rabbi Chezky and Chani Lifshitz at the Chabad House…
Get Inspiration to your inbox!
Newsletter
Join our weekly newsletter for inspiration and updates
Donate
Find Your Local Chabad Center
Subscribe
|
Log In
Chabad
About Chabad-Lubavitch
About Chabad Lubavitch
The Rebbe
Headquarters
Magazine
Magazine
News
News & Updates
In The Media
Impact
Social and Humanitarian
Social and Humanitarian
Education
Education
Community
Community