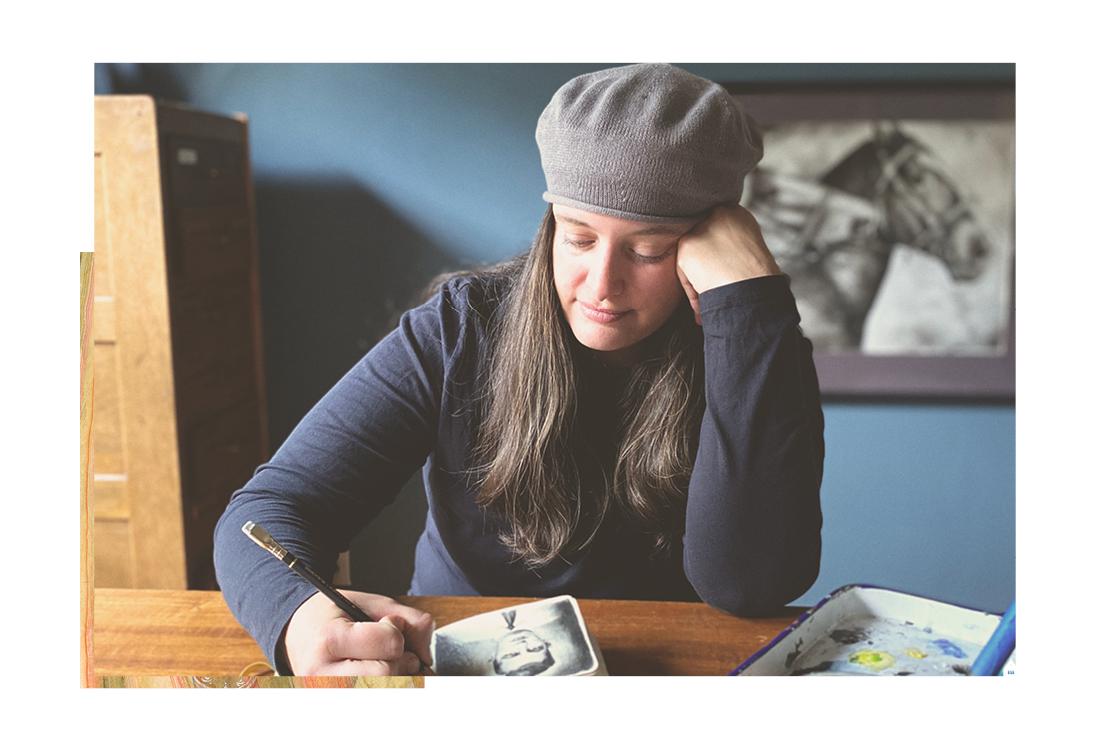 Back to Issue
By Rifka Chilungu

I was born to a Catholic father and a Methodist mother in a small town in Ohio. My dad wanted to call me Gretchen. My mom put her foot down and I became Emily. I went to a Catholic school and did the whole thing: church on Sunday, confession, fish on Friday. Until I was 19, I never thought about Judaism, had never met a Jew.

Once I knew that I wanted to become Jewish, I started to learn about the laws and customs and history of this tiny people. I found that the transition, like all changes, had its challenges. But one of the greatest challenges was not being permitted to fully keep Shabbat.

It was very hard. I wasn’t part of this world or that world. The world I wanted to get into, I couldn’t. But I also couldn’t go back to the world I had come from. It was very painful knowing that I had to break Shabbat, that I wasn’t really experiencing what these people around me were experiencing. It made me feel like the Other.

One Friday night, I attended a Shabbat dinner. There were several hundred people gathered in the multi-purpose room of a big synagogue. It was a couple of weeks before I converted. Suddenly, the lights went out. The rabbi very delicately asked, “Does anyone know of a way that we can get the lights back on?” I was never embarrassed of being a convert. But it was still one more reminder that I was not with my people yet. I raised my hand slowly, “I’m a Gentile, show me the fuse box.”

I was glad to help, but it was one more reminder, “You’re not there yet.”

And then you get there. Shabbat is mine now. Even something as spiritually powerful as Shabbat can easily start to become routine if you let it! And I have to keep myself aware of how wonderful this is. That’s the fight now. I was not expecting this fight. And I’ve been Jewish for twenty years.

Friday night at the table, we relax. We have four children; the oldest is sixteen and the youngest, seven. The worries and stresses of the week, which seem insurmountable, melt away. This is the real thing, existing as a Jewish family — talking about G-d or Israel or sharing words we learned in school. My husband learns with the kids one-on-one, and they become the center of Shabbat for us. We allow them to just be. They are different kids on Shabbat.

My Shabbat table is a mix of the different tables and families I visited over the years during my conversion process. But if I had to pick one family’s table that I most enjoyed, it was the Hoens of Cleveland. They were so open and so welcoming. If I remember correctly, I had a shaved head when I met them. They took a chance on me. Their table was filled with laughter and stories and no pretension.

I want a table where people can relax and feel at peace and accepted. It doesn’t matter who you are, or if twenty minutes ago you were eating a cheeseburger. You’re welcome at our house. I think that’s the way it’s supposed to be. We are in this together, we’re a family.

Rifka Chilungu lives in Rochester, New York with her husband, Shalom, four children, and dog.  She teaches art at the local Jewish girls’ high school, kayaks and hikes, and occasionally writes and speaks for Jewish audiences.